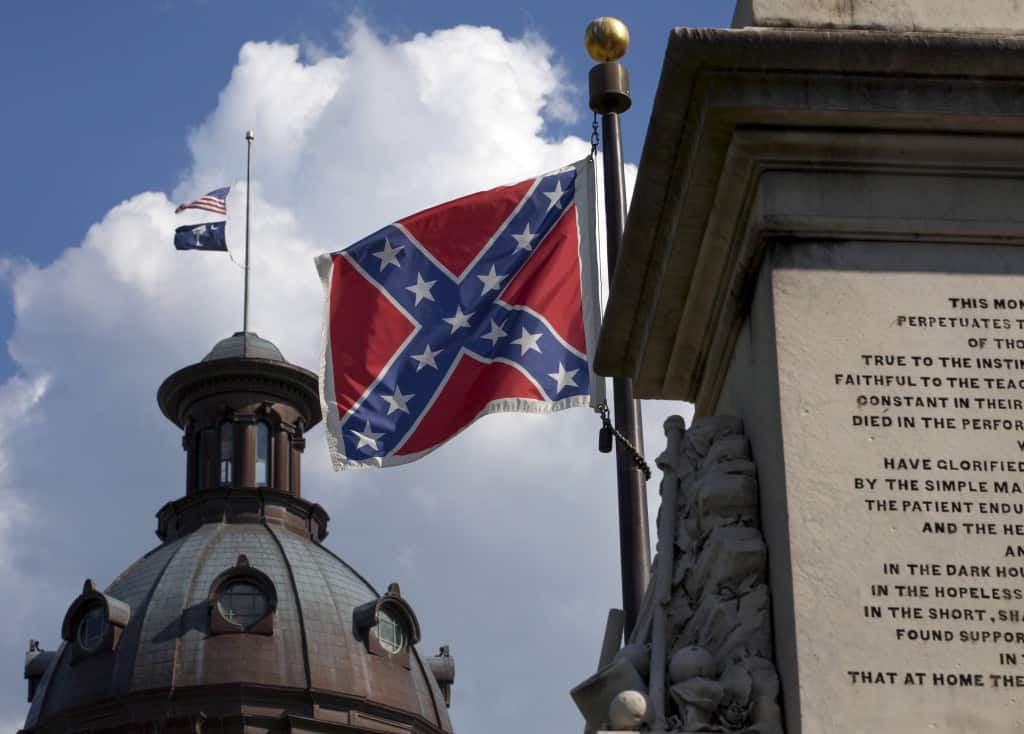 The tide is finally turning against the Confederate flag. Since the tragic killings of June 17th, more and more people and organizations are struggling to get on the right side of history. From NASCAR to Walmart to Alabama, the flag is being recognized for the symbol of hate and oppression that it is, and rightfully being removed from the public sphere. Of course there are still some who can’t quite bear to see it go, and they are responding in the worst possible way. Witness a recent petition on Change.org, which calls for the removal of an African-American monument from the grounds of the South Carolina capitol:

Yeah. So that happened. There are a number of things very, very wrong with this petition. Let’s start with the simple fact that it draws a moral equivalency between the horrors of slavery, symbolized by the Confederate flag, and white people feeling all bad about slavery and the century long legacy of oppression that followed. If you truly think these things are even remotely comparable, you should be in a small room without access to sharp objects. I get it: your poor little white feelings are hurt and you feel ashamed when you are reminded of slavery and Jim Crow. And you know what? You damn well should feel ashamed. I don’t care if your ancestors never owned slaves. You should feel ashamed that such a monstrous institution was perpetuated against a group of people for so long. I feel ashamed that this was allowed to exist in my country, and I don’t have a drop of Southern blood in me.

But beyond the simple idiocy of the false equivalency drawn by the petition, there is something worse. This shines a harsh light on claims that the Confederate flag has nothing to do with racism showing these claims for what they are: lies, damned lies. Were the flag not a symbol of racism, would racists respond to its removal with a naked attack on a monument to the suffering of African-Americans? Were it not about racism, would the response to a perceived attack on a “white” symbol be a call for retaliation against a “black” symbol? I think not.

At this point, outside of a few idiots who don’t know when they are beaten, the debate on the Confederate flag is over. Done. Settled. Those who have defended the flag in the past are turning against it. Yes, they may be doing so out of political expediency, like the GOP presidential field, who are slowly and reluctantly coming around to the side of reason. They may be doing it for economic reasons, like Walmart and Amazon. But at this point, that doesn’t matter. The time of the Confederate flag has long since passed and, whatever the motivation people might have for coming to this thumpingly obvious conclusion, what matters is the fundamental action of removing the flag from the public eye. That is an action that needs to happen, and needs to happen now.

And to those few, sad idiots who persist in defending the flag, like the signers of this petition, Bill fucking O’Reilly, and, inexplicably, potential Democratic candidate Jim Webb: you are wrong. You are defending racism. You are defending hate. You are defending oppression. It’s time to get on the right side of history before it is too late. If not, you will be remembered as nothing more than one of the last pitiful voices crying out in support of oppression and murder. That’s one hell of a legacy to leave behind.