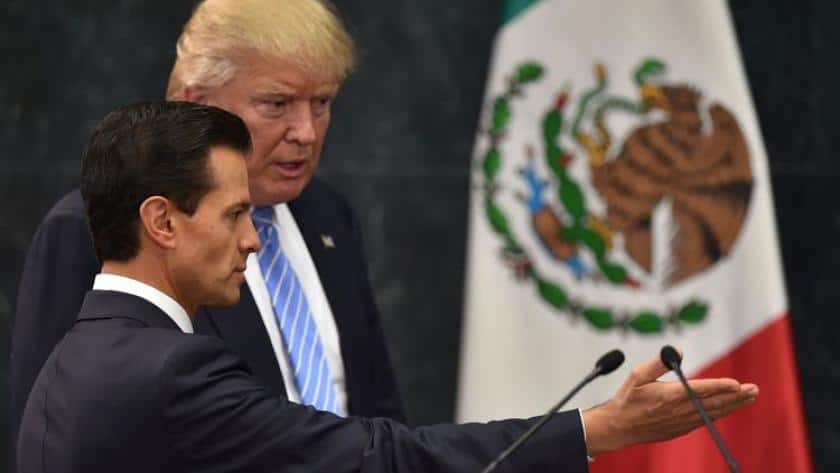 I understand this letter may cause you great shock, as I have been dead some 190 years. However, the thunderous vapidity of your oratory has disturbed my eternal slumber. The policy you prescribe is in such direct rebellion to the bedrock principles of Liberty on which I and my peers laid the foundation of this Republic, that I, Thomas Jefferson, author of the Declaration of Independence and third President of the United States, write to challenge you personally. To wit, your proposal “for a total and complete shutdown of Muslims entering the United States” deserves a forceful rebuttal taken directly from my writings.

(1) As I wrote to Albert Gallatin, every man has a natural right to leave the nation of his birth.

(2) The United States is and ought to be a nation that receives immigrants and refugees and extends to them the rights of citizenship, including freedom of religion. I proclaimed in 1781,

“It [has] been the wise policy of these states to extend the protection of their laws to all those who should settle among them of whatever nation or religion they might be and to admit them to a participation of the benefits of civil and religious freedom, and… the benevolence of this practice as well as its salutary effects [has] rendered it worthy of being continued in future times.”

(3) In the Virginia Assembly, I sponsored the Virginia Statute for Religious Freedom. While championing This bill for religious freedom during the Revolution, I quoted one of my greatest inspirations, British philosopher John Locke. I argued,

“neither Pagan nor Mahamedan (Muslims) nor Jew ought to be excluded from the civil rights of the Commonwealth because of his religion.”

(4) This Statute became the basis of the freedom of religion enshrined in the First Amendment. The freedom it upholds is total and without exception. It does not specifically protect Christians, nor can it specifically exempt any religion, including Islam. In my autobiography, I reflected on the drafting of the Statute of Religious Freedom,

The bill for establishing religious freedom, the principles of which had, to a certain degree, been enacted before, I had drawn in all the latitude of reason and right. It still met with opposition; but, with some mutilations in the preamble, it was finally passed; and a singular proposition proved that its protection of opinion was meant to be universal. Where the preamble declares, that coercion is a departure from the plan of the holy author of our religion, an amendment was proposed, by inserting the word “Jesus Christ,” so that it should read, “a departure from the plan of Jesus Christ, the holy author of our religion;” the insertion was rejected by a great majority, in proof that they meant to comprehend, within the mantle of its protection, the Jew and the Gentile, the Christian and Mahometan (Muslims), the Hindoo, and Infidel of every denomination.

(5) The Constitution of the United States is extremely clear that a man’s religion is none of the government’s business. The establishment clause of the First Amendment enjoyed my full-throated, unequivocal endorsement throughout my life. As president, I wrote to the Baptists of Danbury, Connecticut,

Believing with you that religion is a matter which lies solely between Man & his God, that he owes account to none other for his faith or his worship, that the legitimate powers of government reach actions only, & not opinions, I contemplate with sovereign reverence that act of the whole American people which declared that their legislature should “make no law respecting an establishment of religion, or prohibiting the free exercise thereof,” thus building a wall of separation between Church & State.

(6) In my first Inaugural Address, I extolled the virtue of majority rule, but also of protecting minorities against oppression, particularly religious intolerance.

All, too, will bear in mind this sacred principle, that though the will of the majority is in all cases to prevail, that will to be rightful must be reasonable; that the minority possess their equal rights, which equal law must protect, and to violate would be oppression. … And let us reflect that, having banished from our land that religious intolerance under which mankind so long bled and suffered, we have yet gained little if we countenance a political intolerance as despotic, as wicked, and capable of as bitter and bloody persecutions.

This principle of Liberty I upheld as president and throughout my career. I did so in defiance of an episode of Islamophobia in my own time during the Barbary Wars.

Let there be no confusion, Mr. Trump. As architect of the Liberty of this Nation, I implore you to desist. Your proposal to ban Muslims from immigrating to these United States is hostile to America’s promise as the world’s last, best refuge. It defies the Constitution’s wall of separation between Church & State. It would import the oppression and religious intolerance of Europe’s Monarchies to these shores, undermining the very principle of our Revolution. It is in defiance of Natural Law and the Rights of Man.

(7) I hold it as self-evident that you, peddler of casinos and fraudulent games, pose a threat to American Liberty in your ill-advised quest for the Presidency. As I wrote to John Jay,

I consider the class of artificers as the panders of vice & the instruments by which the liberties of a country are generally overturned.

We the People Declare our Independence from your campaign. Please, sir, discontinue your charade and allow me to rest in peace.