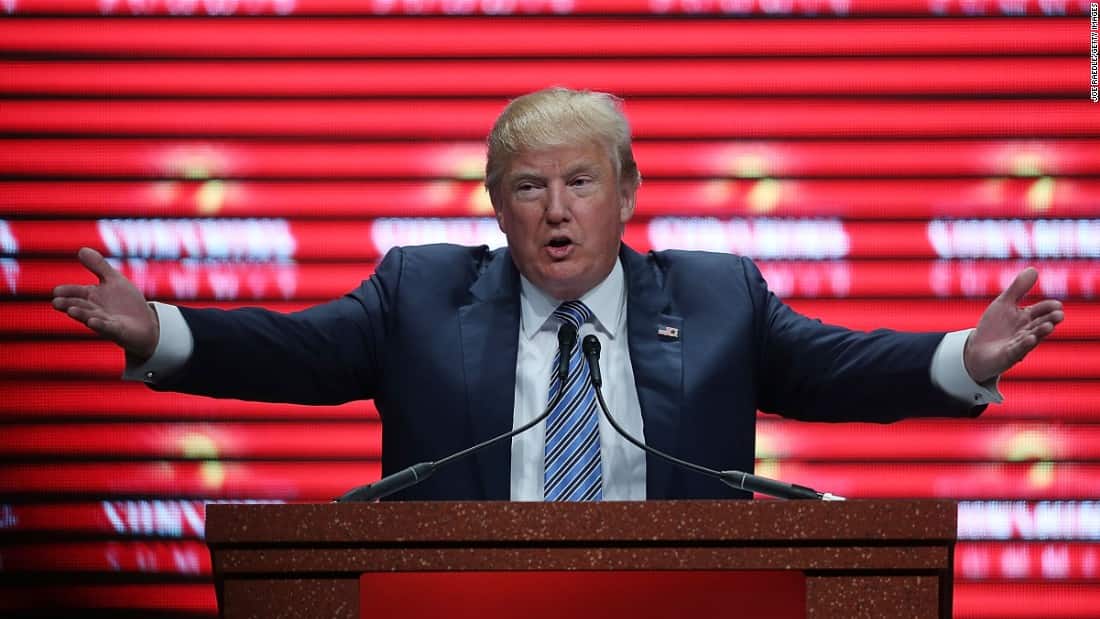 In response to the DAESH attacks on Paris, Republicans have been doing exactly what the terrorists want them to do, and have begun scapegoating Muslims and trying to crack down on refugees. Republican presidential front-runner Donald Trump is leading the charge, and continued in his steady fascist drift.

In an interview with Yahoo News, Trump praised NYPD Commissioner Ray Kelly, for overseeing a secret program spying on Muslims that began after 9/11. The program was discontinued because it resulted in no arrests, but came under fire from civil rights lawsuits. Trump said he would consider Kelly for a position in his administration. Trump told Yahoo that he would order aggressive surveillance over America’s Muslim population.

Yahoo News asked Trump whether his push for increased surveillance of American Muslims could include warrantless searches. He suggested he would consider a series of drastic measures.

Yahoo News asked Trump whether this level of tracking might require registering Muslims in a database or giving them a form of special identification that noted their religion. He wouldn’t rule it out.

Trump also said that he would close the United States to Syrian refugees. He said that any Syrian refugees admitted during the Obama presidency would automatically be deported when he becomes president.

There’s always a risk in calling anything in American politics fascist, or comparing it to the Nazis or to Hitler.Godwin’s Law describes the absurdity of such comparisons. Yet, what Trump is doing is unmistakable. He is following the same kind of script that the Nazis followed to power.

Just as the Nazis used the trauma of the Reichstag fire to scapegoat their enemies, Trump and other right wing politicians in the US and Europe are using the Paris attacks to scapegoat Muslims and refugees.

The Nazis used yellow Star of David ID badges to mark Jews at the beginning of the Holocaust. This began the process of dehumanizing them, marking them as different and less than the majority. The long-term policy is one of incremental steps toward totalitarianism. But the steps to fascist power are easy to spot. Trump began his campaign by scapegoating Mexican immigrants. He is dialing up the rhetoric even more. He is calling for special security measures against all Muslims, and discussing the possibility of closing mosques, which is patently unconstitutional. All this, and he hasn’t even won the nomination yet.

It is extremely important that the American people repudiate Trump and his ideology of bullying the most vulnerable people in society. The vast majority of immigrants and American Muslims pose no threat whatsoever, and they should not be lumped in with DAESH. Trump is invigorating an ugly, dangerous strain of American politics that desperately needs to be tamped down.