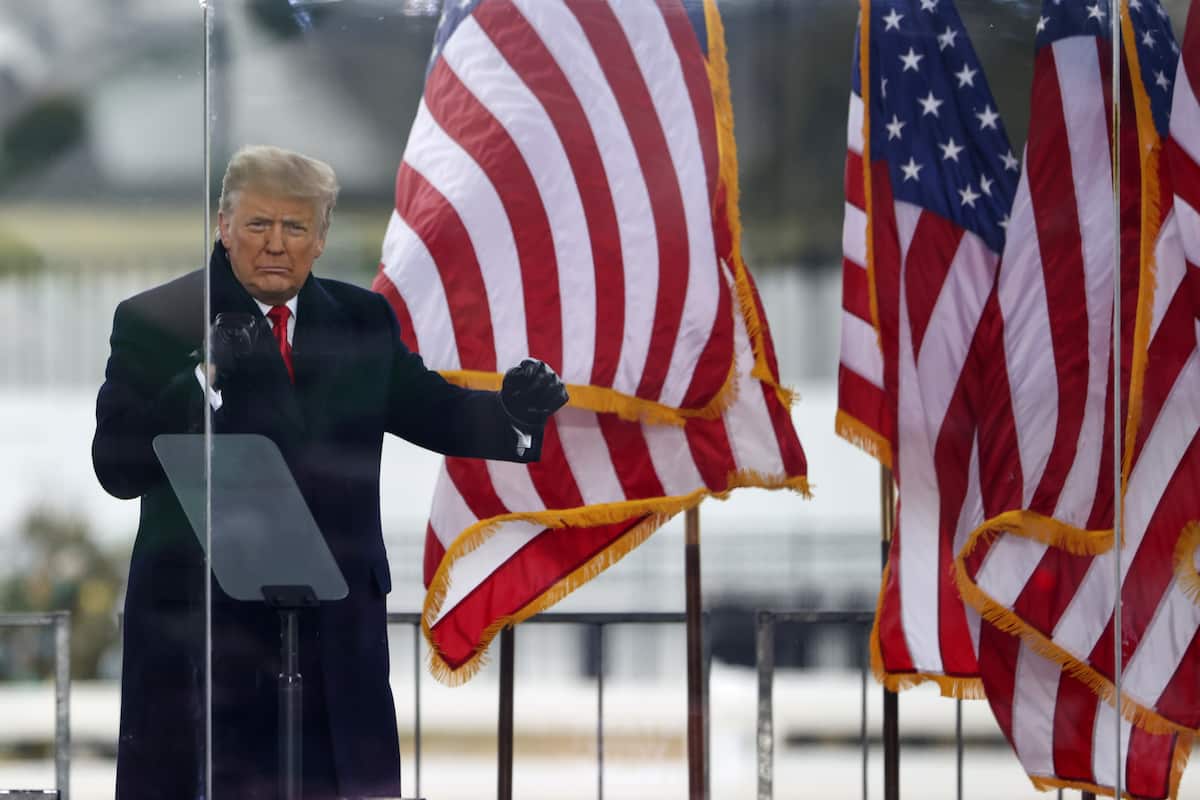 Trump Doesn’t Seem To Care About The First Amendment Or Freedom Of The Press. He Only Cares About His Ego

Donald Trump is back to attacking the media again, and in particular The New York Times which he seems to absolutely loathe. It is no secret that Trump does not like any negative coverage and sees it as the media being unfair and mean to him. And he has given indications that he would love to be able to silence his critics if given the chance.

This time around, he is notching up his rhetoric and making suggestions that he would like to change libel laws in the US in order to go after the newspaper. He took to his favorite social media platform, twitter, and blasted The New York Times for an opinion piece that said things he did not appreciate. And, in doing so he promoted a Trump-friendly paper in the New York Post.

As the Independent points out, this isn’t the first time Trump has brought up the issue of libel laws. On the campaign trail he also mentioned how he would love to stifle the rights of the media and critics when it comes to publishing content that isn’t to Trump’s liking. Back in February 2016, Politico reported that at a rally in Fort Worth, Texas, Trump went on the attack against The New York Times and The Washington Post and said then that he would change libel laws to go after them.
“One of the things I’m going to do if I win, and I hope we do and we’re certainly leading. I’m going to open up our libel laws so when they write purposely negative and horrible and false articles, we can sue them and win lots of money. We’re going to open up those libel laws. So when The New York Times writes a hit piece which is a total disgrace or when The Washington Post, which is there for other reasons, writes a hit piece, we can sue them and win money instead of having no chance of winning because they’re totally protected.”

Interesting enough, however, he has used headlines from The New York Times to back his own agenda, which he did with claims that Obama had Trump Tower wiretapped.

Trump also insists that The New York Times apologized for what he sees as their terrible reporting and begged customers to stick with them. The New York Post article repeats this claim. The problem is, it isn’t actually true, and the claim can probably be seen as libel smearing all on it’s own.

Yes, during the election, The New York Times took a pro-Hillary, anti-Trump stance. After the election they promised to get back to work as usual, “rededicating” itself to less biased and more straightforward reporting. But at no time did they say they were sorry and they have still aimed to hold the Trump administration accountable.

RELATED: BRING IT ON: The New York Times REFUSES To Be Bullied By Trump – WELCOMES Lawsuit

But, can Trump actually do what he wants to do? Can he really change libel laws so he can go after the press? As a Politico article from today points out, it wouldn’t be easy.

“It would require getting around major Supreme Court precedent, because a 1964 press freedom case outlined newspapers’ First Amendment protections and established the high bar that plaintiffs must clear to win libel cases against them.”

Trump would have to go through the Supreme Court in order to change libel laws or he would actually have to change the Constitution itself. And although Trump loves to talk big, it’s debatable whether he would go through with it. Remember “Lock Her Up!”?

But, there are concerns about Trump’s attack on the media and his threats against the rights of news organizations and citizens alike to freely express their views. The National Coalition Against Censorship has released a statement in support of press freedom, signed by a long list of media and free speech advocacy groups invoking the Constitution and the First Amendment in response to his war against the media.

“The effort to delegitimize the press undermines democracy, and officials who challenge the value of an independent press or question its legitimacy betray the country’s most cherished values and undercut one of its most significant strengths….We condemn in the strongest possible terms all efforts by elected and appointed officials to penalize, delegitimize, or intimidate members of the press. “

How far Trump is willing to go in trying to silence the press remains to be seen, but it is clear that under his leadership the media and individual rights are under threat.