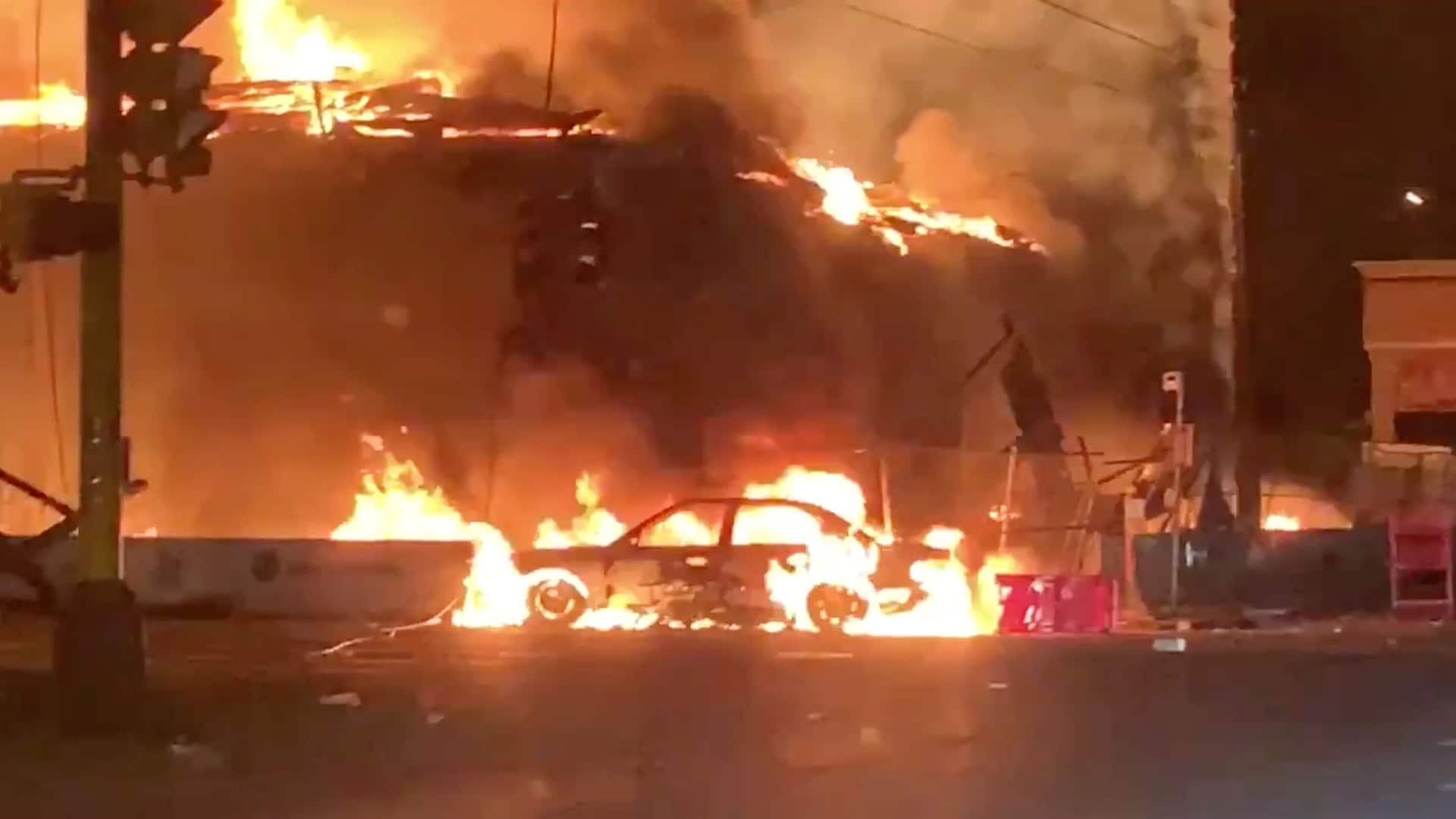 While the nation continues to demand the bodycam and dashcam footage of the altercation that resulted in the shooting death of 43-year-old Keith Lamont Scott, Tuesday, at the hands of police officers in Charlotte, North Carolina, the victim’s wife, Rakeyia Scott, has released her own video for the world to witness.

NBC News obtained exclusive rights to the video and released it Friday. Though the video does not show the actual shooting, it can be heard, and clearly shows the moments leading up to, and immediately following, the incident. Scott can be seen at one point in the video, face down on the ground after he’s been shot, surrounded by both black and white officers.

Scott’s wife can be heard yelling from behind the camera as officers surround the victim’s white pick-up truck parked outside a condominium complex:

“He has a TBI [traumatic brain injury]. He just took his medicine.”

She could also be heard urging her husband to comply with officers’ demands, yelling:

All the while officers can be heard shouting:

Soon after, four shots rang out. Rakeyia Scott can be heard yelling:

Officers can then be seen surrounding Scott’s body lying on the pavement while his wife can be heard either calling 911, or stating the facts and address for the sake of the video she was recording, to give context to possible viewers. Again, no gun is visible in the video, which police claim Scott had, though a local NBC affiliate has released a picture that allegedly shows a small black, pixelated blob they claim to be a gun, along with the caption:

“Police sources confirm to WCNC, the NBC Charlotte station, that a witness’ photo taken moments after the shooting of Keith Lamont Scott shows a gun at his feet.”

Of course, it’s not unheard of, unfortunately, for police officers to plant evidence to cover their actions, so whether or not a gun was eventually photographed at the scene remains dubious incrimination at the very least as far as the public’s concerned, and for good reason when one takes a look at the history of this country, as well as its police officers. Many contest the allegations a gun was present, and/or that it was Scott’s if one was present. Police claim Scott had a gun and posed “an imminent, deadly threat,” which stinks of the “bad dude” comment from the fatal shooting of Terence Crutcher last week. Scott’s wife and family, however, state firmly Scott did not have a gun and “pose[d] no threat to the officers.” In fact, there has been a good deal of reporting stating Scott may have actually had a book in his hand, if anything at all, though with new allegations of a gun being present, that narrative is being shoved aside.

Claims by authorities have also since come forth that Scott was shot by a black officer, as if that would make the situation any less volatile. With a handful of white and black officers present, and four shots fired, the notion that it was the “black” officer who shot and killed Scott alone is as hard to swallow as a grainy gun appearing in a still image where none was seen in the video. It also fails to take into account that even black officers are part of the problem of systemic racism in this country—the main culprit behind all these fatal police shootings of black Americans.

Since Scott’s shooting and resulting death Charlotte has been under heavy, angry protest. One protester, Justin Carr, was shot in the head by police, Wednesday, and has since died from his injuries, as well—a first since the Black Lives Matter movement arose in the wake of the endless murder of African Americans at the hands of America’s “peace” officers in recent years.

Activists have since joined with the Scott family to put pressure on the city for the body- and dashcam footage of the incident to be released.

At this time, what led up to the arrival of officers and the shooting of Scott is unclear, according to NBC News.

Watch Footage Of The Charlotte Shooting, Below: