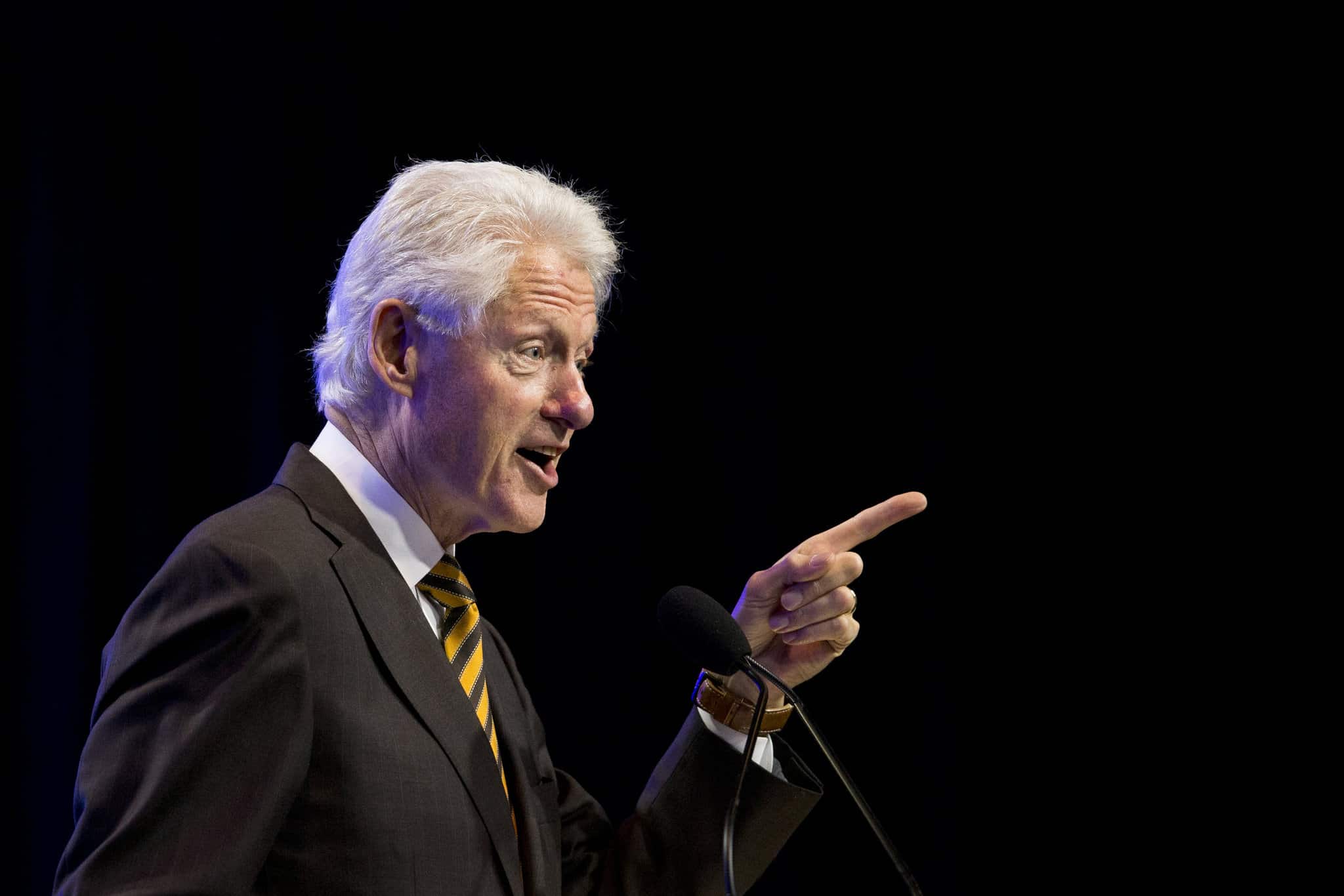 Bill Clinton spoke before the N.A.A.C.P. on July 15th, and issued a long overdue apology:

“Former President Bill Clinton on Wednesday disavowed part of the anti-crime legislation that he long considered one of his top accomplishments, concluding that it went too far in sending even minor criminals to prison ‘for way too long.’ Addressing a convention of the N.A.A.C.P.a day after President Obama called for a wholesale overhaul of the criminal justice system, Mr. Clinton embraced the idea. He agreed that the law he enacted in 1994 played a significant part in warping sentencing standards and leading to an era of mass incarceration. ‘I signed a bill that made the problem worse,’ Mr. Clinton said. ‘And I want to admit it.’”

This isn’t exactly a new development. In April, Clinton conceded that his 1994 crime bill, the Violent Crime Control and Law Enforcement Act, had gotten things wrong.What is new is that now he is apologizing. Good. Because there’s a lot to apologize for:

“[H]e created incentives to individual states to build more prisons, to put more people behind bars and to keep them there for longer. He also presided over the introduction of a federal three-strikes law that brought in long sentences for habitual offenders. Under ‘truth in sentencing,’ states which sentenced people to long terms in prison with no chance of parole were rewarded with increased federal funds. The crime bill also enshrined a Clinton program known as COPS – Community Oriented Policing Services – in which federal money was provided to states to allow them vastly to increase the number of police officers on the streets – in turn generating more arrests and more convictions.”

And what was the end result? In 1994, a total of 1,053,738 men and women were incarcerated in state or federal prisons. When Clinton left office in 2000, that number stood at 1,381,892. By 2009, that number stood at 1.5 million, with an additional 700,000 prisoners held in local jails. Entirely unsurprisingly, the increased incarceration rates disproportionately impact people of color. And let us not forget that, to hold the surging numbers of prisoners, we are increasingly turning to private, for-profit prisons, an industry that pulls in $3.3 billion annually, and one that is rapidly becoming a highly influential industry lobbying group. Anyone think they’re lobbying for criminal sentencing reform and an easing of the failed War on Drugs? Didn’t think so. Then there are those 100,000 officers that Clinton’s bill put on the streets. They were plugged directly into a system that condones, excuses, and encourages brutality. As events of the past year have shown, this has not worked out well.

This all came from the 1994 Violent Crime Control and Law Enforcement Act, which Clinton is now apologizing for.

Here’s the kicker. Yes, in the wake of the 1994 crime bill’s passage crime declined for an unprecedented eight years. But the funny thing is that no one has quite figured out why it declined. It could have been Clinton’s crime bill. It could have been the long term impact of legalized abortion. It could have been the end of the crack epidemic of the 80’s and early 90’s. (One thing that certainly played little role in the reduction is policing along the discredited “broken windows” theory.) Did Clinton’s crime bill have any impact on the drop in crime rates? Some, to be sure. Many do see a correlation between an increase in the numbers of police and a reduction in crime. But that is only a part of the story, as it seems that crime rates dropped due to a large number of interconnected factors, Clinton’s crime bill being only one of them.

Given the vast amount of damage that the 1994 bill has inflicted upon the nation, it’s hard to really be satisfied with that conclusion. Saying “yeah, it kind of sort of helped with crime” is cold comfort when placed against the huge increase in our prison population or the surging number of cases of police brutality. The law’s one unambiguous success was a wholly political one: it helped insulate Democrats from being attacked as “soft on crime.” The 1994 crime bill was very much of a piece with Clinton’s larger strategy of triangulation, a strategy that was politically successful. But as policy? The crime bill was something less than a success. Again, the actual reasons for the drop in crime rates are still being argued out. The only clear and unequivocal results of the crime bill, considered as policy, are solely negative: exploding prison populations, 1000 people killed by police each year, and the rise of the prison-industrial complex.

I’m glad Clinton apologized. I’ll even abandon my cynicism and say that his apology has nothing to do with Hillary Clinton’s presidential aspirations. But after 21 years of this shit it’s going to take a little more than an apology. And things are, slowly, starting to move in the right direction. Last month theSupreme Court struck down a so-called “three strikes” law. Good. Obama has commuted the sentences of 46 non-violent drug offenders. Good. But that is just a beginning. Yes, Clinton’s apology is an important step, but is only the first step in rolling back his misguided crime law and healing the wounds it has inflicted on the country.