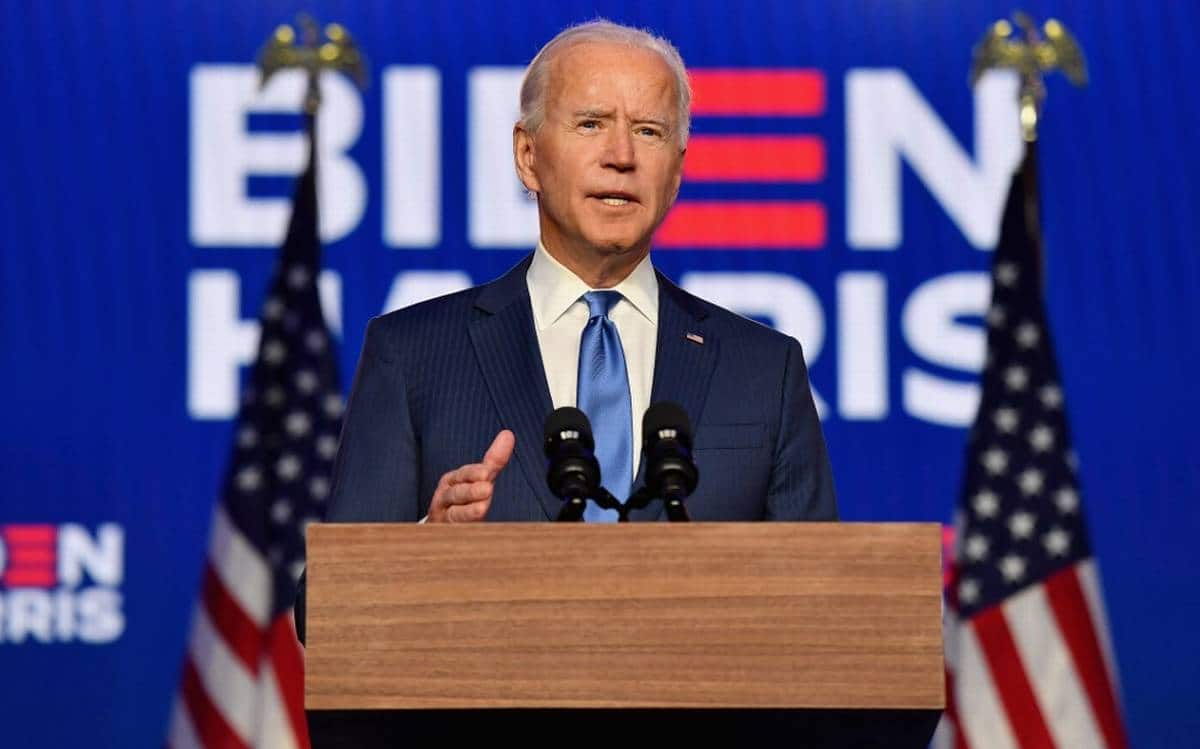 After delivering a speech about the middle class to the City Club of Cleveland on Wednesday, the president took questions from the audience. Someone asked him what he thought of all the money in politics. The video and transcript of his response follow:

“We shouldn’t be making it harder to vote. We should be making it easier to vote. … So my Justice Department is going to be vigorous in terms of trying to enforce voting rights. I gave a speech down in Selma at the 50th anniversary; that was incredibly moving for me and my daughters. And the notion that in this day and age we would be deliberately trying to restrict the franchise makes no sense. And at the state and local levels you can push back against that, and make sure we’re expanding the franchise, not restricting it. In Australia and some other countries, there’s mandatory voting. It would be transformative if everybody voted. That would counteract money more than anything. If everybody voted, then it would completely change the political map in this country. Because the people who tend not to vote are young, they’re lower-income, they’re skewed more heavily toward immigrant groups and minority groups. They’re often the folks who are scratching and climbing to get into the middle class, and they’re working hard. And there’s a reason why some folks try to keep them away from the polls; we should want to get them into the polls. So that may end up being a better strategy in the short-term. In the long-term, I think it would be fun to have a constitutional amendment process about how our financial system works. But realistically, given the requirements of that process, that would be a long-term proposition.”

Now do you people see what a dictator he is?!

The right-wing media have torn into this statement like a pack of rabid puppies. They claim that he wants to make voting mandatory, to force Americans to vote, to punish them if they don’t. Nothing in the statement can be construed as an endorsement of mandatory voting. If you watch the video, especially, it’s abundantly clear from his tone that he mentions Australia’s system as an aside. His tone changes completely. It essentially implies, ‘Ya know, in some countries, they do this. I think we can do better than we’re doing now. We need folks to vote. That’s the short-term solution to too much money in politics.’ There’s nothing binding about the statement. It’s not a policy position. There was nothing radical or controversial about it. It was an observation and a suggestion off the cuff in Obama’s signature cautious, lawyerly, folksy, liberalish centrist, populist-lite, melting potsy delivery. It was also delivered largely in the sense of: this is what WOULD happen IF people DID this. For all the conservative media commentators out there who don’t understand how the English language works, that’s called the conditional tense. There was nothing imperative about the statement. If everyone voted, things would be different. Yeeeeeeeah.

While commentators across the spectrum (or dot?) of conservative media leaped on this with the same mendacious claim, Fox “News” was, of course, one of the principal offenders, and it influences the others. On the homepage of Fox “News,” the article discussing the president’s comments was linked with the headline, “Vote or Else?” (The headline for the link was changed to “Obama floats idea of mandatory voting in US” after the morning news was demoted to make room for a series of top stories accusing Obama of not being subservient to Israeli Prime Minister Benjamin Netanyahu.) The article keys in ominously on the word “transformative,” as some sort of code word, devoid of context. The article asserts that Obama wants mandatory voting, and discusses the penalties in countries with mandatory voting,

At least two dozen countries have some form of compulsory voting, including Belgium, Brazil and Argentina. In many systems, absconders must provide a valid excuse or face a fine, although a few countries have laws on the books that allow for potential imprisonment.

This is today’s right-wing media: with a spin, a twist and a lie, “you should vote” magically becomes, “you should go to prison.” Democracy is dictatorship. Freedom is slavery.

In a video accompanying the article, a Fox host claims that Obama floats the idea of mandatory voting like in Australia. The video then, tellingly, does not show him saying that, but shows him saying, “It would be transformative if everybody voted.” Following the host’s assertion, and taken out of context, it is easy to construe the quote as a defense of a policy proposal, rather than the spontaneous suggestion that it was. The host then interviews Nina Easton of Fortune Magazine, who said that voting “should be an honor in a democracy.”

I’m sorry Ms. Fortune, a Medal of Honor is an honor in a democracy. Voting is a right.

She goes on to say that it is a “canard” that anyone is trying to stop people from voting. In the 2014 election, mountains of evidence were collected of the return of Jim Crow-like laws erecting unnecessary hurdles to voting.

On Sean Hannity’s show Wednesday evening, Republican Senator and presidential wannabe Stretch Thirst-strong, or Marco Rubio, defended the solemn right of Americans not to vote. Rubio said Obama doesn’t get it that not voting “is a legitimate choice,” and it “is the choice of living in a free society.” When asked if Obama would be so dastardly as to make Americans vote, Rubio said he wouldn’t “put anything past him.”

Remember, America, Marco Rubio hates it when you vote for him.

This little Orwellian episode clearly highlights the modern conservative movement. It thrives on dark money and an apathetic citizenry. The radical idea that people should vote in a democracy (shock horror!) is an existential threat. All of the right’s propaganda organs are primed to instantly turn the suggestion that folks should vote into something completely unrecognizable.