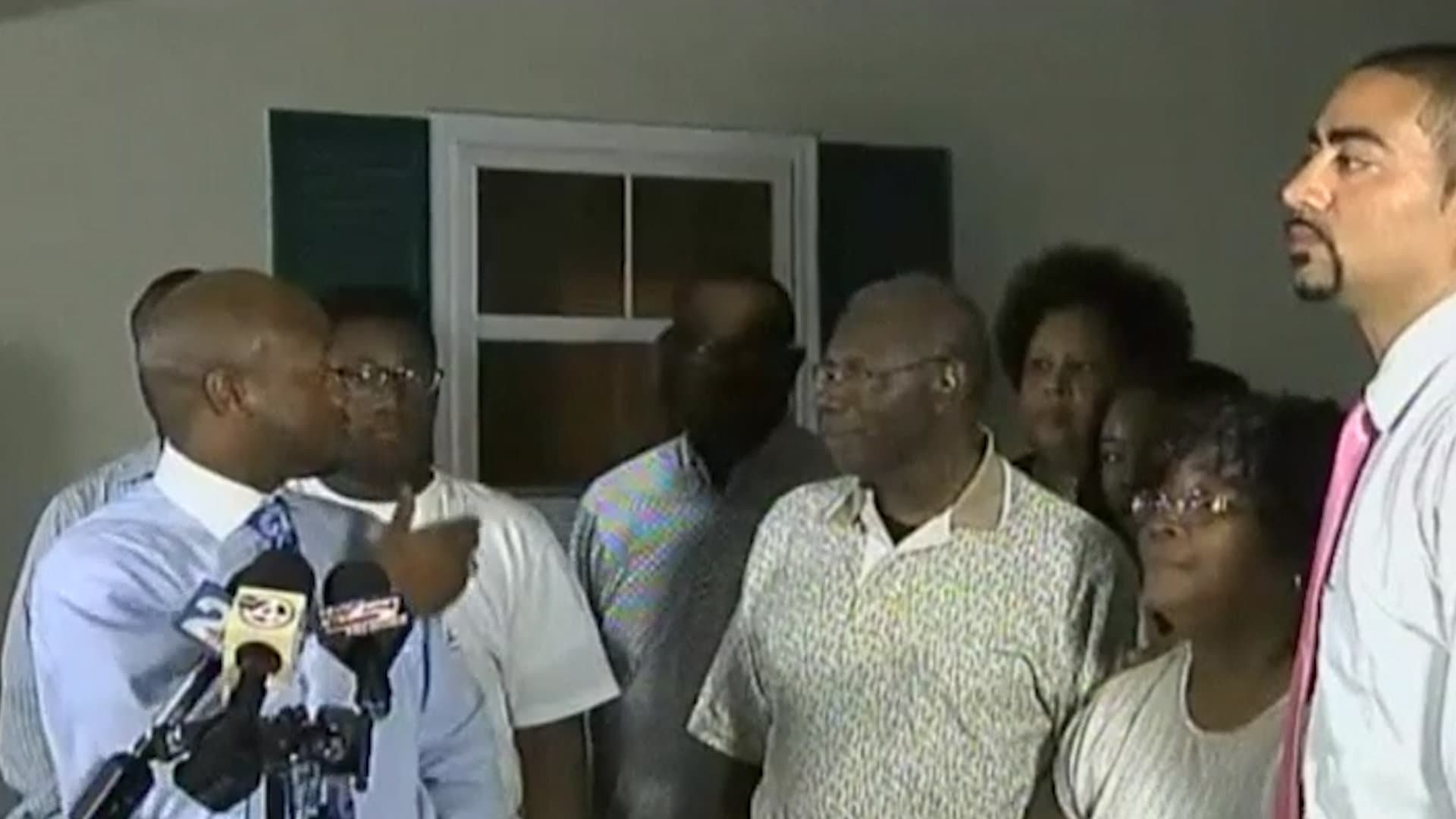 On Saturday morning, Walter L. Scott was pulled over for driving with a broken taillight. A few minutes later, the 50-year-old black man was dead — shot multiple times in the back by the white North Charleston police officer who made the traffic stop.

The account that the officer, Michael Thomas Slager, gave of the incident was that Scott tried to wrestle a taser away from him during the stop. He eventually called into a dispatcher and reported:

“Shots fired and the subject is down. He took my taser.”

The officer claimed that he felt threatened when he decided to draw his firearm and start shooting — for a total of eight times. The victim was hit by five of the bullets, four in his back and one hit his ear.

Slager apparently didn’t realize that the entire encounter was recorded by a bystander. When Scott broke away from the officer, he ran with Slager pursuing him. The bystander ran, too, cell phone in hand, swearing to himself but capturing the whole thing.

The video contradicted Slager’s version of events. It didn’t show Scott ever being in control of the officer’s Taser. He had been shot by it, however, because part of it was till attached to him when backup officers arrived. The film showed an unarmed man running away, his back turned to the policeman as he tried to put distance between them.

The shooting was clearly recorded and it’s disturbing. The film vividly shows the officer firing the shots as well as Scott falling to the ground, lifeless. Then, the officer yells at the motionless victim to put his hands behind his back, eventually pulling his arms back and handcuffing his wrists in a grotesque and unnecessary display of power.

The anonymous bystander took his cell phone to Scott’s family, who turned the recording over to South Carolina law enforcement officials. Once North Charleston’s mayor and police chief viewed the recording, charges were brought against the officer within an hour. For once, no excuses were offered for the policeman’s behavior.

“When you’re wrong, you’re wrong. If you make a bad decision, don’t care if you’re behind the shield or just a citizen on the street, you have to live by that decision.”

Walter Scott’s family has a starker view of what happened. They didn’t view it as a ‘bad decision’. Their attorney, L. Chris Stewart, told the Los Angeles Times:

“It’s not about race. It’s about power. That officer thought he could just shoot this man. He thought Mr. Scott was expendable.”

Whether it’s about race or not, what kind of human being acts as if another human life is expendable? Perhaps the kind who thinks he can get away with murder. As lawyer Stewart also said, during a news conference:

Even with a video, it can be impossible to get justice when a police officer insists on a different story than is shown on film. Just ask Eric Garner‘s family, who will never receive justice for the chokehold death of their loved one.

In recognition of that reality, North Charleston City Councilwoman Dorothy Williams, while saying there would be no coverup, had a strong message for the community:

“I’m asking all the citizens of North Charleston to continue taping.”

The issue of whether race was a factor in the murder will be determined by an investigation announced by the U.S. Department of Justice. FBI agents will work with the state to decide if Scott’s civil rights were violated. The standard of proof is high and wasn’t met in the investigation of Michael Brown’s shooting death in Ferguson, Missouri last summer.

However, the footage of this shooting is unequivocal. The cameraman and his phone are both witnesses. A man was shot in cold blood by an officer whose calm demeanor is chilling. If convicted — and there would seem to be no question of that — Slager faces either life in prison or the death penalty.

The film captures a man’s death, but can say nothing of his life. The essence of Walter L. Scott has to be defined by those who knew him.

Attorney Stewart gave out details, facts. Scott was a veteran of the Coast Guard, the father of four sons — ages 16, 21, 22 and 24 — a brother, a son, the employee of a trucking supply company, an engaged man planning a future. He had just bought the used Mercedes he was driving when stopped and was on his way to buy new parts for it — maybe a new taillight.

But there is only one fact that is essential for the rest of the country to know:  Walter L. Scott died a death he didn’t deserve.