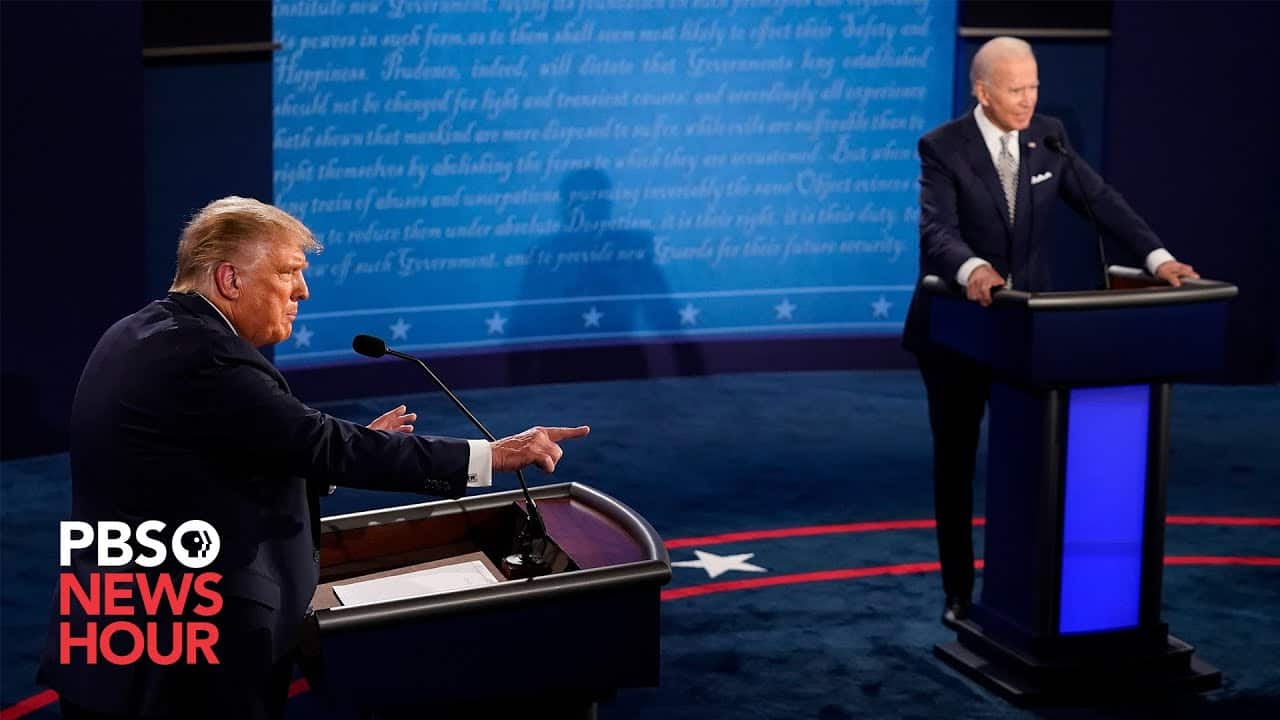 Last night’s debate was an extravaganza of Donald Trump’s trademark hostility, narcissism, and dishonesty. He denied ever saying that climate change is a hoax perpetrated by China. He reiterated the myth that Hillary Clinton started the Birther conspiracy. And he falsely claimed his campaign financial disclosure made releasing his tax returns moot. But one chunk of the face-off stole the show for sheer lunacy and incoherence.

Hannity To The Rescue

In defense of his oft-repeated lie that he opposed the Iraq war from the start, Trump introduced a new alibi courtesy of his friend and official Fox News surrogate, Sean Hannity. But Trump’s latest cover story is not only absurd, it’s a raving rhetorical mess:

“I then spoke to Sean Hannity, which everybody refuses to call Sean Hannity. I had numerous conversations with Sean Hannity at Fox and Sean Hannity said – and he called me the other day and I spoke to him about it. He said ‘You were totally against the war,’ cause he was for the war. And – wait, excuse me – and that was before the war started. Sean Hannity said very strongly – to me and other people – he was willing to say it but nobody wants to call him. I was against the war, he said ‘You used to have fights with me.’ Cause Sean was in favor of the war. And I understand that side also. But not very much cause we should never have been there. But nobody calls Sean Hannity. […] If somebody would call up Sean Hannity, this was before the war started, he and I used to have arguments about the war.”

Good grief! Trump cited Hannity eight times in that delirious paragraph. And he lamented four times that no one calls him. There is, however, a good reason that people don’t call Sean Hannity. They retch at the sound of his voice.

Seriously, what possible reason would there be to call Hannity for clarity on this matter? He is an avowed Trump fluffer who dedicates his program to the candidate. He even appeared in Trump ad endorsing his pal. His own record of veracity is as tainted as Trump’s. There is no way to affirm the contents of a private conversation that allegedly took place fourteen years ago. And it’s more than a little suspicious that Trump never mentioned Hannity for corroboration until last night. Did they coordinate this farce?

What’s more, Trump’s plea to call poor, lonely, Hannity was answered by these guys, and he hung up on them:

It is almost painfully pathetic that Trump has to resort to inventing witnesses to back up a lie that is well documented. But it’s just as bad that Fox News allows a prominent program host to openly campaign for a political candidate and serve as his personal propagandist. Any legitimate news enterprise would rein in their employee or suspend him until after the election. Fortunately for Fox, no one considers them legitimate.