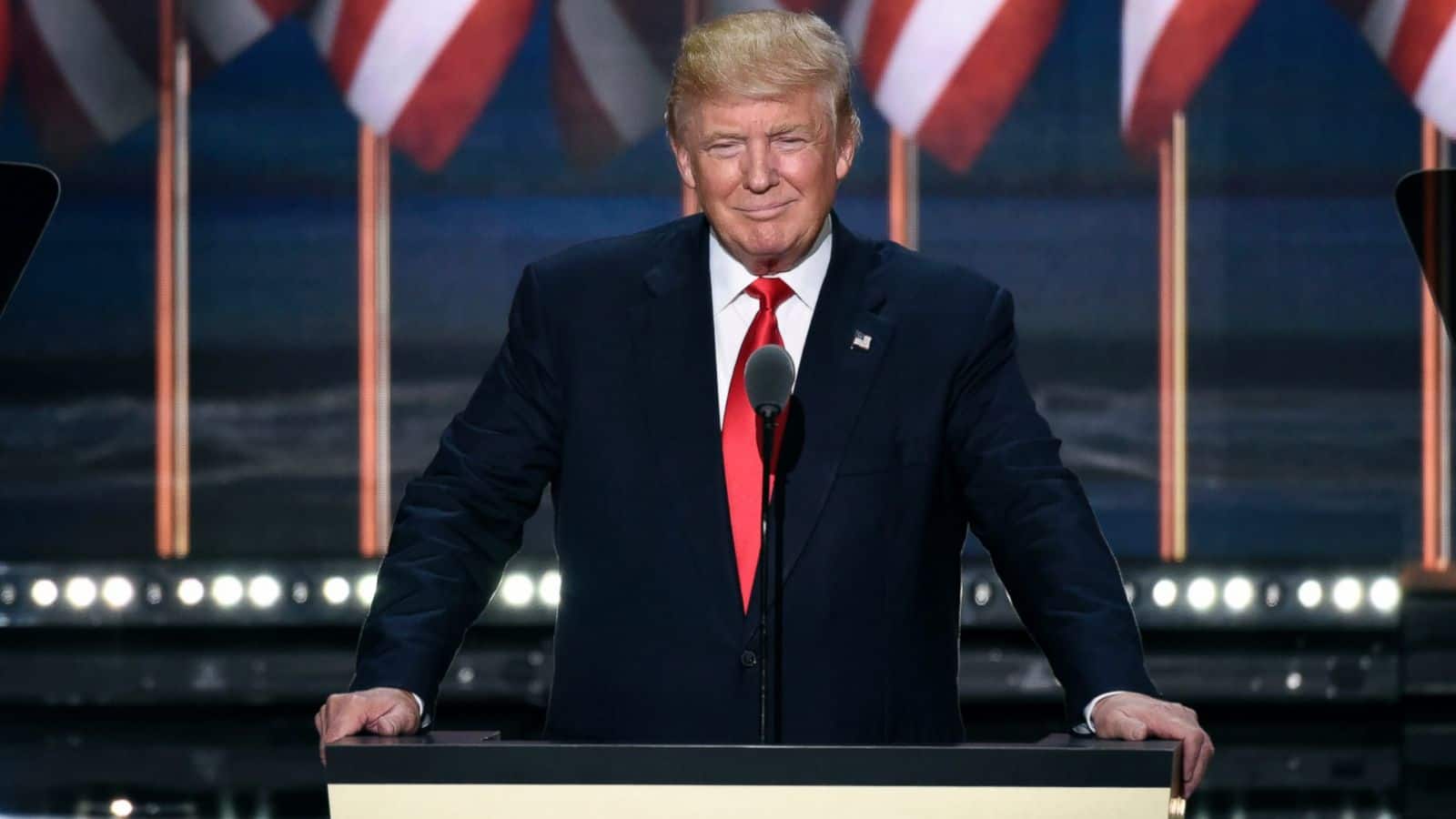 Throughout his campaign, Donald Trump was in a frothing rage against what he insisted was making America a Hell hole. But for all the anxiety he caused, his post-election transformation may indicate it was all a ruse. The blustery ranting about immigrants, ObamaCare, and his despised rivals and critics, has melted into a sappy stew of acceptance. To illustrate that, Politico has put together a collection of “15 Trump Flip-Flops in 15 Days.” Some of these reversals are mind-boggling and sure to send his Deplorables into hysterics (see Politico for more details and supporting links):

During the campaign Trump called Obama the worst president in history and the founder of ISIS, among other things. Now he has “great respect” for him and looks forward to his counsel.

In overnight tweets Trump went from maligning protesters as “professionals” “incited by the media,” to loving their “passion for our great country.”

There were few more highly charged demands for Trump than his call to repeal and replace ObamaCare. Now he is cozying up to many of the provisions that define the program. For instance, mandating coverage for people with preexisting conditions and allowing children to remain on their parents’ policies.

On The Border Wall

Trump was unyielding in his insistence that an actual wall be constructed along the Southern border (paid for by Mexico). Then on 60 Minutes he conceded that he would be satisfied with a plain old fence.

Before the election Trump told Fox News he would appoint judges who would reverse the recent decisions on marriage equality. After the election he told CBS that the matter was settled law and he was “fine with it.”

Who can forget Trump’s assertion that he would appoint a special prosecutor to go after Clinton and throw her in jail? Or his rallies where he led the crowd in chants to “Lock her up?” Now he’s telling the New York Times that he doesn’t want to hurt the Clintons. “I really don’t,” he said. “It’s just not something that I feel very strongly about.”

Prior to election day Trump was adamant that all 11 million undocumented residents would be rounded up and deported. Post election day he is saying that his deportation force will only target a couple of million criminals (who are already being targeted by Obama’s DOJ).

Trump once demeaned the military and famously claimed that he knew more about ISIS than the generals. More recently he has changed his tune to tribute saying “We have some great generals.” Although he later reversed that as well, saying that they aren’t getting the job done.

This isn’t so much a reversal as it is an outright lie. During the campaign Trump advocated for countries like Japan and Saudi Arabia to defend themselves with their own nukes. After taking heat for that foolishness, he tried to pretend he never said it.

On The Electoral College

In another flip-flop-flip, Trump denounced the Electoral College as a “disaster.” Then praised it as “genius.” Then went back to saying that he was “never a fan of the electoral college.”

Trump steadfastly refused to settle with his former students who said they were victims of fraud. Until after the election when he settled for more than $25 million.

Here is something that Trump once called a hoax created by China. And in any event it wasn’t caused by anything humans have done. Now he says that “I think there is some connectivity. Some, something.” You have to admire his articulate analysis of the science.

On The Paris Climate Agreement

In the same vein, last May Trump declared that he would pull the U.S. out of the Paris Climate Agreement. But last Tuesday he told the New York Times that “I have an open mind to it.”

Trump has long held that torture was an effective tool for fighting terror and that he supported waterboarding and even tactics that were “much stronger.” But he is backpedaling on that position after having met with General Mattis, a candidate for Secretary of Defense who opposes such measures.

On The New York Times

Along with many other media outlets, Trump castigated the Times as liars who were bent on destroying him. He rarely said their name without attaching the prefix “failing.” But in his meeting with them Tuesday he called them “a world jewel” for whom he has “great respect.”

After reviewing these stunning reversals, the inescapable conclusion is that Donald Trump has no moral core. Despite his brash rhetoric on the campaign trail, he is clearly not committed to any ideological agenda. You might expect his supporters to be disappointed upon learning that he isn’t planning on keeping his word. However, if the past is any indication, they are probably too wrapped up in hero worship to care.

It would be interesting to know how he would have fared if he ran on retaining ObamaCare, letting undocumented residents slide, and expressing his respect for Clinton and Obama. That we will never know. But going forward it would be premature for Democrats to get excited about Trump’s policy reversals. He could just as quickly shift back to his previous positions. The only thing that can be expected from him is inconsistency, hypocrisy, and the selfish pursuit of his own best interests.