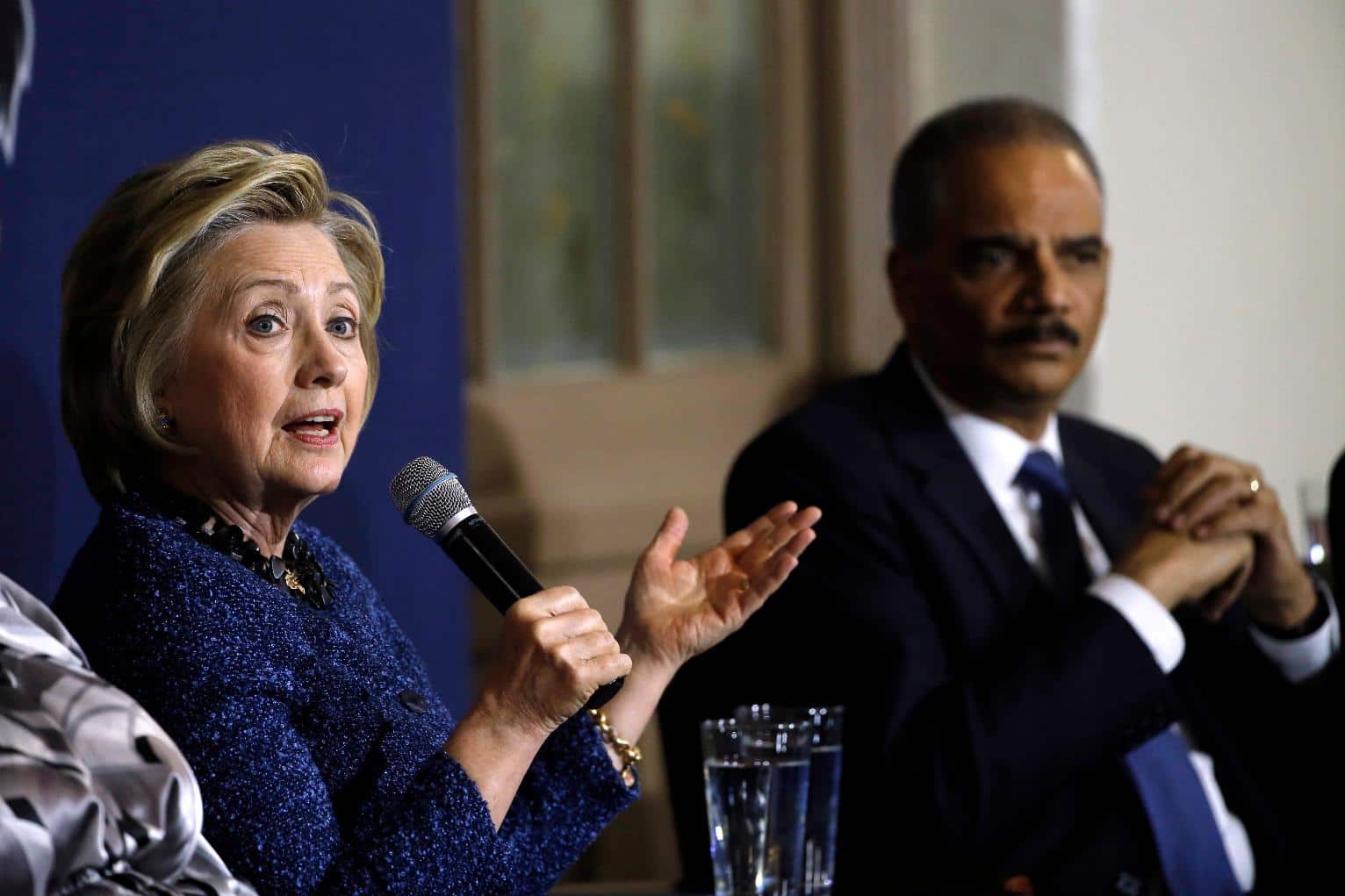 The 2016 Democratic Candidates On Gun Control

Gun violence has become a state-of-emergency in the United States, yet still we continue to be polarized and finger-shame one another for our opposition instead of addressing it’s root cause − which is our failure as a society to address mental illness, to review data on gun violence and the effects it has on society, including the outcome of states weak gun laws, and Congress inability to reinstate the 1994 Assault Weapons Ban.

After the mass shooting on October 1 at Umpqua Community College in Oregon, President Obama demanded we politicize the issue and some of the Democratic candidates have taken queue.

Former Secretary of State Hillary Clinton released a detailed plan addressing gun violence through legislation and executive order. On Monday’s NBC’s Today show she said, “I want to push hard to get more sensible restraints,” and “I want to work with Congress, but I will look at ways as president.” A few hours later, at a separate event, when introducing a mother that lost her child in the Sandy Hook mass shooting, Clinton became overwhelmed by emotion when discussing the topic at hand, saying “[Parents of Sandy Hook’s slain children] have taken the unimaginable grief that they have been bearing and have tried to be the voices,” for gun control. She commended  them for their bravado and stated she would be their champion of legislative support.

Clinton would close the loophole that allows one to purchase a gun even if their background check remains pending after three days. According to The New York Times, as referenced from the Center for American Progress, they estimate about “12,000 convicted stalkers have legally purchased a firearm in the U.S.,” because of this particular loophole. Reforming the waiting period charade would provide protection to women and children whom statistically have higher rates of being victims of stalkers and physical violence.

As a proud Socialist, Bernie Sanders is oddly on the side of many Second Amendment supporters, that gun laws should be left up to the states and not mandated by federal government. In the 1990’s he voted against the Brady Bill which required waiting periods. After the 2012 Newton, Conn. shooting he slowly began to rear to the left on gun control, by 2015 he called for instant background checks. On CNN, Sanders was adamant that the people of Vermont understand the difference between guns in their states and guns in cities, where he believes strict gun control laws would better be served.

“The people of my state understand, I think, pretty clearly, that guns in Vermont are not the same thing as guns in Chicago or guns in Los Angeles.”

No matter though, Sanders has a D rating with the NRA.

Former Governor of Maryland Martin O’Malley has been touting his record on gun control from the beginning. Unlike other Democrats, Martin has never wavered nor been concerned about the optics to supporting very restrictive means to purchasing a gun. No one can discount that Republicans have succeeded in their propaganda that gun control laws violates citizen’s Constitutional right to bear arms. However, while Governor, Martin never ceded to the pressures of the NRA.

In 2010 he supported restricting ones right to bear arms. Ten years before that, he supported the use of smart technology with firearm use. By 2015, before the end of his governorship, Martin banned assault weapons, put limits to the size of magazine clips, and required fingerprints to purchase a gun.

Martin continues to stand by his position on gun control. Reiterating he would implement much of the legislation he enacted as governor as president. He would also be more aggressive on the illegal trafficking of guns in this country. After the news of the mass shooting in Oregon, O’Malleytweeted,

“It doesn’t matter who you support in this race—meaningful gun reform is something we should all fight for.”

In a follow-uptweet he said,

“We must revise federal law to establish a comprehensive, centralized firearm registration system.”

Martin believes our society has become obsessed with guns and thinks our culture of violence is a “sickness” that needs be cured.

Former Senator of Virginia Jim Webb is to the far-right of Clinton and O’Malley.  He mostly against gun control. In 2007,  he cosponsored a law whichbanned background checks and trigger locks. In 2011, he supported veteran’s right to purchase unregistered firearms from abroad. Webb also voted yes in 2009 to allow firearms in checked baggage claims at Amtrak.

Webb being to the right on gun control is not surprising. He’s a veteran and a conservative Democratic. Unfortunately for Web moderate Democrats are a dying breed in the party. Hillary Clinton pivoting to the political left on this issue is not a surprise either considering she needs progressives to win in the primary. Bernie Sanders position on gun control as a Socialist is shocking but he’s serious about representing the interest of his state. With Lincoln Chafee, his liberalism on this subject is consistent and legit. He should get more credit for this.

I can almost guarantee gun control will be a prime topic in the first primary debate on October 13. My prediction, O’Malley and Clinton will not hold back on berating Sanders about his relaxed position on gun control throughout his tenure.  Sanders will fight back and continue his reign with progressives, yet he will not abandon the people of Vermont. For Jim Webb,well his stance on gun control will cement his demise within party.  And Chafee, he’s the nice guy whose a pure blood liberal, but with Sanders and Clinton in the field, he will continue to not resonate in the polls and that’s unfortunate.