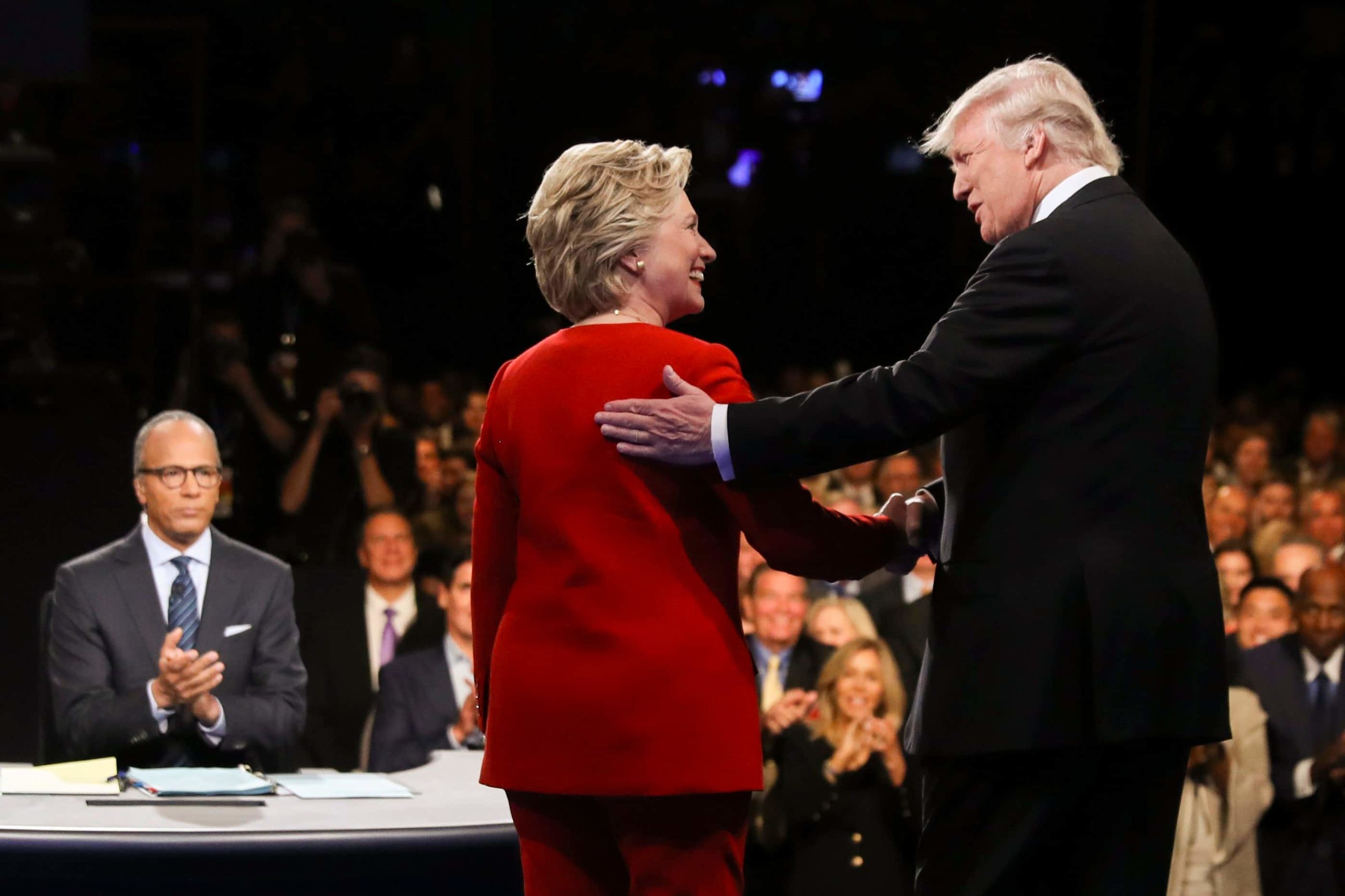 In Tuesday night’s Democratic presidential primary debate, CNN moderator Anderson Cooper asked Hillary Clinton about questions surrounding her emails that have dogged her campaign. She responded that she has admitted it was a mistake, and is willing to answer any questions about it. She also correctly pointed out that the questions came out of a partisan witch hunt misusing taxpayer money to hurt her campaign, as admitted by Republican House Majority Leader Kevin McCarthy.

The question then went to Bernie Sanders, who responded,

“Let me say something that may not be great politics, but I think the Secretary is right. And that is that the American people are sick and tired of hearing about your damn emails. … The middle class, Anderson… And let me say something about the media as well. I go around the country, talk to a whole lot of people. The middle class in this country is collapsing, we have 27 million people living in poverty, we have massive wealth and income inequality, our trade policies have cost us millions of decent jobs. The American people want to know if we’re going to have a democracy or an oligarchy as a result of Citizens United. Enough of the emails. Let’s talk about the real issues facing America.”

Clinton visibly loved this response. She reached over to Sanders, they shook hands and smiled, and Clinton shouted above the applause,

There are three reasons why this was such a significant moment for both candidates.

Sanders Is A Team Player

Bernie Sanders is often derided by hardcore Clinton fans as ‘not a real Democrat’ since he’s an independent and a Democratic Socialist of the type that is mainstream in Northern European countries. Republicans also attack Democrats generally by saying that they are ‘allowing a socialist’ in the primary. But his dismissal of Clinton’s emails as a serious issue was a huge favor to Democrats generally, and to Hillary, of course.

By declining to attack Clinton on the issue, Sanders signals that Only Republicans are attacking Clinton over her emails, exposing the subject as a partisan issue.

The response gave Hillary the space to dismiss Lincoln Chafee’s decision to criticize her on the emails by simply saying “No,” when asked if she wanted to respond to Chafee. If Sanders had attacked Clinton on her emails, it could have created the perception that Clinton is surrounded by the problem. By dismissing it, Sanders makes it a purely partisan issue.

Sanders, who has run against Democrats and Republicans, but caucuses with Democrats in the Senate, is a team player for the Democratic party, not trying to be a spoiler. By shaking Clinton’s hand, Bernie not only puts the accusations about her emails to rest, but he also puts unfounded accusations about his loyalties to rest.

It also highlights a significant difference between the Democrats and the Republicans. The GOP has the Tea Party, while the Democrats have the progressive left, with members like Elizabeth Warren and Bernie Sanders. The Tea Party is busily destroying the Republican party. No one even wants to be Speaker of the House because the GOP is so blindingly dysfunctional. While progressives criticize Democratic establishment and seek to move the discussion to the left, the American left is composed of mature adults who work well with their colleagues. Meanwhile, the far right currently comes across as a petulant to the point of self-destructive — and the GOP is presently feeling the full weight of the negative influence.

Bernie And Hillary Define The Debate

Anderson Cooper deployed a number of pointed questions during the debate. Most were fair game, on real issues, or on decisions that voters may question. But Democrats consider the email question to be a non-issue. Sanders used his response to the email question to lecture the media about how it frames political debates, and not to focus on fluff when there are “real issues facing America.”

Sanders also does this in interviews. Any time a reporter has offered Sanders an opening to hit Hillary below the belt, he has declined, andtold the reporter to focus on real issues. This helps Democrats generally, and Sanders and Clinton specifically.

Unlike Donald Trump, who wallows in petty personal attacks, Sanders has an agenda for fundamental reform that he is passionately championing. Republicans benefit when political debates are seen to be a horse-race. At the same time, Democrats benefit when voters are made to see candidates’ positions on real issues. Sanders, by aggressively insisting on only discussing topics that affect middle-class Americans, not only helps himself but Democrats in general — including rival Hillary Clinton.

The above two reasons lead to the third reason. Sanders could have attacked Clinton, but chose not to. This move goes against the conventional wisdom for an insurgent candidate. But he did it in such a way that he knew Clinton would have to gladly agree with him. Bernie didn’t just dismiss the attack against Hillary. Bernie took the moment and reframed it to focus on critical American issues such as poverty, income and wealth inequality, the corruption of Citizens United, that are most important to the progressive left.

Though it was subtle, this was one of the most brilliant maneuvers I’ve ever seen a candidate perform in a national political debate, and it underscores why Sanders is the most successful national independent in modern history. He forced Hillary Clinton, the establishment candidate, to agree with an Occupy Progressive definition of what the “real issues” are, by bailing her out of a jam. She is now on record as giddily shaking hands with the man vehemently railing against the corporate oligarchy.

It’s been four years since the 99% Occupied Zuccotti Park in Manhattan. Since then, their movement was driven out of physical public space, and into more dispersed activism, though the movement is still very real. The movement itself has not elected a single candidate to national office. Although prominent candidates, such as Elizabeth Warren, rose to power singing Occupy’s song, they did not specifically grow out of the movement. Though Sanders was not camped out at Wall Street, much like the Occupiers, he’s repeatedly called for fundamental reform of the entire political establishment for decades.

Arguably, the only reason that he was on that debate stage, showing a strong second in the polls, pitching an unapologetic leftist platform, is because the Occupiers created the political space in the public consciousness for such a candidate.

With a smile and a handshake, Bernie Sanders maneuvered the Democratic presidential front-runner into agreeing with the core Occupy Wall Street message of what the “real issues” are.