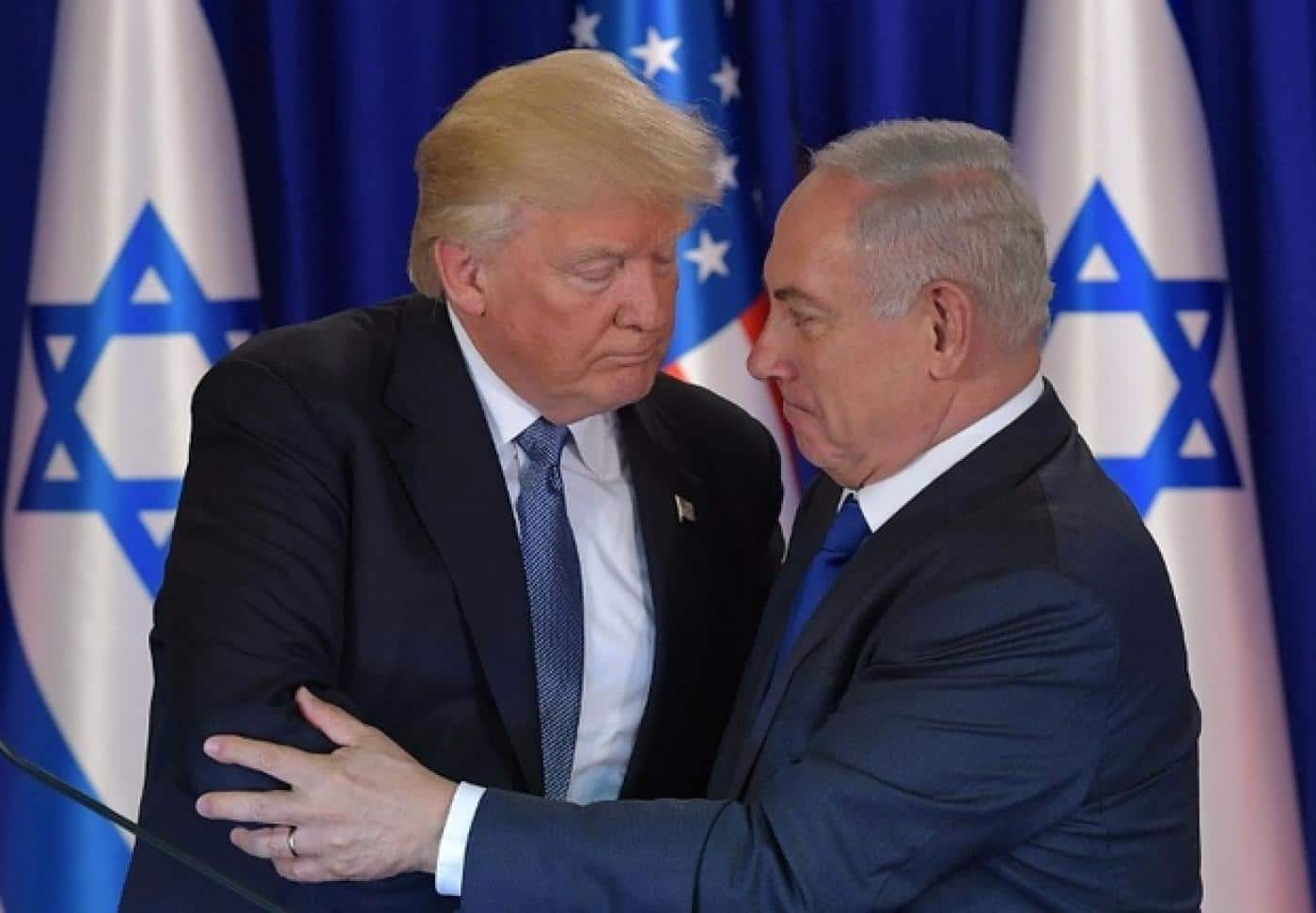 America Needs New Ways To Unleash Voters And Save Our Democracy

America’s Constitutional democracy is a mess. We have an empty Supreme Court seat after 9 months of obstruction, and Senators hinting that the stonewalling could continue indefinitely. We have a House of Representatives that is so absurdly gerrymandered that, in 2012, Democrats received over a million votes more than Republicans across all races, yet Republicans maintained a 33-seat advantage in the House. In 2013, Ted Cruz and his far right obstructionist cohort shut down the government to stop the implementation of the Affordable Care Act after it had passed through all three branches of government and survived two elections. He used dysfunction as a virtue to further his own ambitions. Yet he was eclipsed in the primaries by a man with even greater contempt for our Constitution, who calls our election “rigged” and threatens to jail his opponent. And American voters seem unable to adequately punish such reckless behavior.

America’s slouch toward dangerous dysfunction is causing the Constitution’s gears of government to grind together. Each 2-year term, it gets worse. We The People are withdrawing from democracy. Turnout was the lowest in 70 years in the 2014 mid-term elections. That is precisely the wrong response. The Constitution needs some targeted lubricant to hand the power back to the voters. What America needs is a series of democratic reforms that would lead to a more representative government and eventually, a more stable social and economic contract between government and people. Some of these reforms are bigger than others. Each one achieved would make the next easier to accomplish. Together, they would have a mutually multiplying impact on our government enough that they could form the dawn of a new republic that renews the Spirit of 1776 for the 21st Century.

If this countdown of 9 proposals sounds impossible, recall that, Women’s Suffrage and Civil Rights once seemed impossible. These things can be accomplished. Marriage Equality offers perhaps the best model for achieving these measures. Start in one state, prove that it works, move on to other states, achieve a critical mass of states until it becomes politically popular and national candidates start running on it, and the Supreme Court eventually rubberstamps it.

On November 8th, Maine will vote on a ballot measure, Question 5, which asks voters whether in future elections, they would like to be able to rank their choice of candidates. Ranked Choice Voting, or instant runoff, allows voters to rank their choice of votes for multiple candidates on a ballot. On a ballot with 4 candidates, a voter would rank each candidate 1 for their first choice, through 4, for their last. If no candidate wins a majority on the first count, then the bottom scoring candidate is removed. Voters whose first choice was removed then get their second choice added to the totals of the remaining candidates. This process continues until a candidate wins with a majority.

This system is used nationally in Australia, one of the world’s most highly functioning democracies, and in India, the world’s most populous democracy. In the US, it is already in place in San Francisco and Oakland, California, and in Minneapolis and Saint Paul, Minnesota. Maine would be the first state to implement it if voters pass the referendum. Maine has been locked in a cycle of governors winning with less than a majority. This has culminated in the debacle of Paul LePage, whose juvenile rhetoric and antics prefigured Donald Trump’s. Maine Democrats saw RCV as a way to break the cycle.

If applied nationally, this system could revolutionize America’s elections, and thereby its politics in general. Rather than being seen merely as “spoilers,” third party candidates would become a valid choice in a general election, even if they still didn’t have a realistic shot at winning, since voters could shore up their second-most preferred candidate, rather than risk benefiting their ideological opposite. Conversely, in an election where two mainstream candidates were unpopular, a third party candidate would have a serious shot of winning in the run-off. In the long-term, this could have the effect of keeping extremists and ideologues out of power, of breaking the left-right gridlock, engendering a functional centrism that listens to the voters. It could also diversify the kinds of voices and agendas that voters send to Washington, which could force more of the coalition-building seen in parliamentary democracies.

The National Popular Vote Interstate Compact is one of the cleverest reform movements going. Currently, 48 states use a winner-take-all system to allocate their Electoral College votes to the winner of the popular vote within their state. America was rudely reminded in 2000 that this doesn’t necessarily award the presidency to the winner of the popular vote nationally. The activists pushing this reform are more focused, though, on two facts about the Electoral College. It locks the US into the 2-party system, since the president must win a majority of Electoral votes, or the House elects the president. And, because of the Electoral College, a handful of “swing” states receive an inordinate amount of attention from candidates and presidents, including things like disaster relief and federal grants, while dozens of states are virtually ignored.

The National Popular Vote is a compact among states that agree that they will award all of their Electoral votes to whoever wins the national popular vote. And it will take effect in each of these states, once states whose Electoral votes total 270 or greater, sign onto the compact. This would force the US to give the presidency to the winner of the popular vote. It is extremely clever, because it works under the letter of the Constitution, which allows states to award their Electoral votes in a manner decided by their state legislature.

Currently, 11 states totalling 165 Electoral votes have signed the compact. The problem with the progress that’s been made on it, though, is that all of these states are among the bluest states like California and New York, as Nate Silver explains. They are states with large and predmonintly urban populations, which are largely ignored by presidential campaigns. They would gain power under a paradigm shift to a straight popular vote. A swing state like Ohio would stand to a lose a lot of its influence under the system, so it’s not clamoring to sign on. States with predominantly rural populations also have little incentive to join since a national popular vote would incentivize campaigning in urban areas to drive voter turnout. In order for the compact to attract enough states, activists would need to convince bright red states with significant urban populations, like Texas and Georgia, to join, and somehow convince a major swing state like Florida.

America’s elections are insanely long. Ted Cruz was the first major candidate to officially announce his candidacy for 2016–on March 23rd, 2015. That was 19 and a half months prior to election day. That was 596 days. That is madness! There are children out there who were conceived, born, and began to walk within that time. Compare that with Canada’s latest 11-week campaign, Mexico‘s 90-day campaigns, Argentina‘s 60 days of ads and 25 days of campaigning, and France‘s two weeks of presidential campaigning. Those limitations are by law, but most democracies have norms of campaigning for only a matter of a few months, at most. And many democracies don’t have a two-year election cycle, so they’re also not as frequent.

We have gotten to a point where we are almost always in the midst of a campaign. During a campaign, it is harder for public servants to be in their offices doing the work of the people. It is also harder to be seen to be compromising and making deals, rather than wooing donors and whipping up their base.

This endless campaign season, which began expanding beyond a year in the 1970s, is also helping to drive our political discourse down to deepening juvenile depths. Even the most highbrow political media consumers can’t stay tuned to a policy debate that lasts 19 months, especially when the platforms barely evolve from year to year. So the campaigns often come down to mud-slinging, finding dirt on the opponent, namecalling, and poisoning the well, saying the opponent can’t be trusted. But we already have the term “October suprise” because the best dirt usually comes out a few weeks before election day, anyway. We’re just revving our engines for about a year and a half before October. The Republican base arguably nominated Donald Trump for president because he was the best operator in that circus of an 18-month preview. Despite all this, very few voters’ preferences changed between January and October.

The US could institute laws limiting the time frame for electioneering. The states could collectively agree to scrunch the primaries closer together across the summer. The parties could hold their conventions in September. All of this is theoretically possible. The problem is that campaigns are getting longer not because candidates need to kiss more babies, but because they need to raise more money. The arms race of fundraising stretches out the campaign season every cycle. That brings us to: