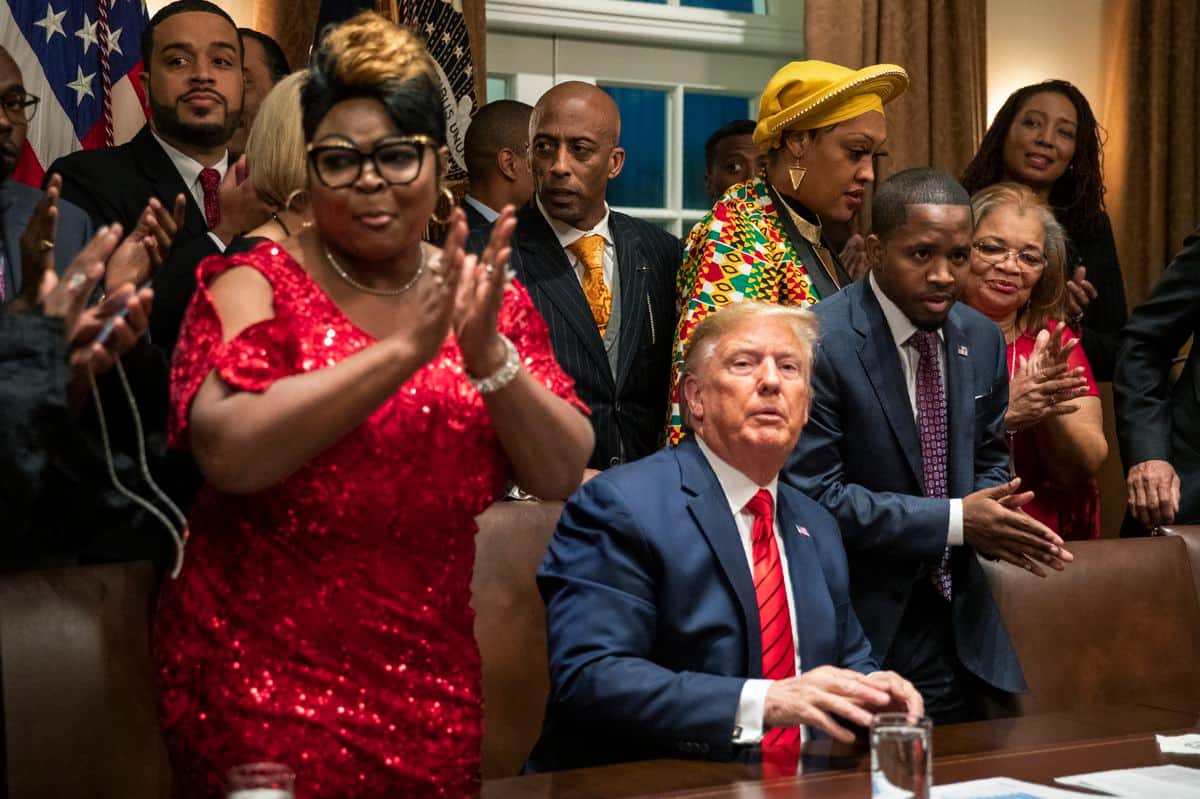 I’m sorry, America. There are listicles some people just don’t want to read. They’re depressing reminders that the world is a real place, and awful things happen there all the time. And this one might just be amongst the very saddest: we’re going to list everyone President-Elect Donald Trump has chosen for his cabinet, in alphabetical order.

It’s not just a bad list… it might just be the all-time worst list of would-be cabinet appointments in American history. Many of them require confirmation, but with Republicans holding a senate majority, and with the GOP slowly rallying behind their incoming  president-elect, it’s safe to assume that Trump will probably get his way on most of these appointments, if not all of them.

Okay, enough stalling: let’s list out Trump’s draft-pick cabinet, shall we? We’ll list them out below, alphabetically. We’ll also explain why most of these picks are completely and utterly unqualified for the jobs they’re likely going to have going forward.

Steve Bannon, Chief Strategist: Stephen Bannon is an alt-right media magnate who served as CEO of Breitbart, a fringer right-wing conspiracy theory website frequented by the tin-foil nuts who thought Obama was secretly born in Kenya, the UN was using Operation Jade Helm to invade and take over the United States (with Obama’s help), Benghazi was an inside job, and whatever other ridiculous, kooky right-wing theories you’ve heard in the past several years. Breitbart is so crazy that even Glenn Beck thinks they’re scary. And the Southern Poverty Law Center, a group that carefully classifies and monitors hate groups in the United States, said that “Stephen Bannon was the main driver behind Breitbart becoming a white ethno-nationalist propaganda mill.” So yeah… this guy should not be visiting the White House, let alone having a job there. This is an appointed position that doesn’t require senate confirmation, which is a good thing for Trump, because even the GOP wouldn’t let this guy into Trump’s cabinet.

Thomas Bossert, Homeland Security Advisor: Bossert was a national security aide to George W. Bush, and is one of the few people Trump has chosen who holds some degree of experience. This is an appointment (no senate confirmation required).

Ben Carson, HUD Secretary: We all know the sleepy-eyed Ben Carson, who snoozed his way through a 2016 presidential primary run. Carson, a former brain surgeon (believe it or not), may have been a justifiable pick for certain other cabinet positions, but Trump nominated him as the Secretary of Housing and Urban Development, despite Carson having no experience whatsoever for the job, and Carson himself having said previously that not only did he not want to work in government, but that he wouldn’t be any good at the job. Senate confirmation required.

Dan Coats, Director Of National Intelligence: It’s a job that some alt-right sociopaths aligned with President-Elect Trump believe to be superfluous, but keeping that in mind, Dan Coats is amongst the very few people actually qualified for the job Trump wants to give them. Coats is a former Indiana Governor who served on both the Armed Services and Senate Intelligence committees. Senate confirmation required.

Kellyanne Conway: Conway managed Trump’s presidential campaign. She’s being brought in as a “counselor,” an appointed position that doesn’t require a senate confirmation and doesn’t have any real authority.

Betsy DeVos, Education Secretary: DeVos is the former head of the Michigan Republican party and a staunch supporter of school vouchers. She has absolutely no experience whatsoever that would warrant her being nominated to this vital position, a role that will see expanded importance as we move further into the 21st century. Senate confirmation required.

Michael Flynn, National Security Advisor: Flynn is a former director of the Defense Intelligence Agency and would have been a more logical choice for various other cabinet roles, but instead has been appointed to an advisory role in Trump’s cabinet, for reasons unbeknownst to anyone. Appointed position, no confirmation required.

Nikki Haley, UN Ambassador: South Carolina Governor Nikki Haley was justifiably critical of Donald Trump in the early days of his presidential run. Maybe that’s why he gave her a job that’s well outside of her depth, as UN Ambassador, with no relevant experience… as punishment. That’s as close as we’ll come to this decision making any sense. Senate confirmation required.

Carl Icahn, Special Advisor On Regulatory Reform: Icahn is a billionaire vulture capitalist/ “corporate raider” who is a close personal friend of Donald Trump. His position in Trump’s cabinet is appointed and holds no real power beyond advising Trump.

John Kelly, Homeland Security Director: At face-value, John Kelly is a decent choice for the Homeland Security gig, though his views on women serving in the military and his opinions regarding border control deserve a bit of scrutiny. Senate confirmation required.

Robert Lighthizer, U.S. Trade Representative: Lighthizer is an international lawyer who served as a deputy trade rep in Ronald Reagan’s administration. He’s known to trash-talk China almost as regularly as Donald Trump does, which is probably what landed him the nomination. Senate confirmation required.

James Mattis, Defense Secretary: James “Mad Dog” Mattis would be one of Trump’s better cabinet choices… if his nomination didn’t violate the law, that is. His senate confirmation would need to be accompanied by a special congressional waiver that would allow him to have the job, since he’s served in the military within the past seven years. That waiver was only granted once, just a few years after the law was past, and on the condition that it would never be granted ever again. Senate confirmation and special congressional waiver required.

Donald McGahn, White House Counsel: Donald McGahn has been tapped as White House counsel, who will advise trump and company on legal issues involving the White House. I’m just floating this here, but I’m willing to bet that Mr. McGahn might play a substantial role in Trump’s reelection bid in four years, too: McGahn previously worked with the FEC and has crusaded for deregulating election laws.

Linda McMahon, Small Business Administration: Linda McMahon is the former CEO of the WWE. That’s short for “World Wrestling Entertainment.” Her husband is Vince McMahon, a major Trump supporter and donor. She has no relevant small business experience to speak of. Senate confirmation required.

Steven Mnuchin, Treasury Secretary: Mnuchin, whose name I will never be able to spell without first Googling it, is a former Goldman Sachs executive — so much for “draining the swamp” — and Hollywood producer with no experience whatsoever in government, and no relative experience that would help him in one of the most critical cabinet positions there is. Senate confirmation required.

Peter Navarro, Director Of Trade And Industrial Policy: Navarro is the only real economist within Trump’s would-be cabinet. His appointed position comes with no real authority, apart from advising the President, and doesn’t require a confirmation.

Rick Perry, Energy Secretary: Remember when Rick Perry was running for president back in 2012, and failed gloriously during a televised debate when he couldn’t remember the name of the third government agency he wanted to get rid of? That agency he couldn’t remember was the Department of Energy. Donald Trump wants him to run that department now. You really couldn’t make this stuff up, folks. Senate confirmation required.

Mike Pompeo, CIA Director: Mike Pompeo is a former military officer and was a member of the House Intelligence Committee, which at face value makes him seem like a reasonable choice for the role of CIA director… until you learn that he’s also a crackpot Benghazi conspiracy theory nutter. Senate confirmation and tinfoil hat required.

Tom Price, Health and Human Services Director: Tom Price is a six-term Congressman from Georgia and an orthopedic surgeon, and he has a bone to pick (puns! you know you love them!) with Obamacare, which he claims makes it more difficult for doctors and patients to make decisions. Senate confirmation required.

Reince Priebus, White House Chief of Staff: RNC Chairman and probable mystical woodland elf Reince Priebus will take on the role of White House Chief of Staff. Because when Donald Trump claimed he would “drain the swamp,” he actually meant he would fill the swamp with Washington insiders. This is an appointed position. No senate confirmation is required.

Scott Pruitt, EPA Administrator: Pruitt is Oklahoma’s Attorney General and has close, seedy ties with big oil and natural gas companies. The Environmental Protection Agency should probably be run by someone who gives at least 1/3rd of one shit about, oh, I dunno… the environment, perhaps? Just an idea I’m floating there. Senate confirmation required.

Andrew Puzder, Labor Secretary: Puzder is the CEO of CKE restaurants, which owns Carls Jr. and Hardees. Puzder has been critical of the minimum wage, unions, and overtime pay. He’s probably the last person you want to see in charge of a department that’s supposed to protect American workers from corporate interests. We have every reason to assume Mr. Puzder would, as Secretary, put business interests first and worker interests never. Senate confirmation required.

Wilbur Ross, Commerce Secretary: Ross is a billionaire investor who, like so many other Trump picks, is a staunch China-hater who has trash-talked free trade agreements. Like so many others on this list, Ross has no relative experience for the job he’s been nominated for. Senate confirmation required.

Jeff Sessions, Attorney General: Perhaps one of Trump’s most controversial picks, Jeff Sessions was denied a Federal judge gig in 1986 after it was discovered that he had repeatedly used the N-word and joked about the Ku-Klux-Klan being a group he approved of, until he discovered they used marijuana. He’s been named by alt-right “news” outlet National Review as “amnesty’s worst enemy” and is an anti-immigration crusader. Senate confirmation required.

Sean Spicer, Press Secretary: Get used to the name “Sean Spicer,” because you’re going to hear it a lot in the next four years (well, maybe — press secretaries don’t always stick around for whole terms). This position is appointed, not confirmed.

Rex Tillerson, Secretary Of State: If you heard the name “Rex Tillerson” and thought “wow, that sounds like the name of an oil tycoon,” then congrats, you just won a cookie. Tillerson is the big boss of a major player in big oil: Exxon Mobil. He has no experience whatsoever in diplomacy, foreign affairs or intelligence… an ideal Secretary of State should have experience in all three of those things, meaning Tillerson is literally the exact opposite of who you’d want in the Secretary of State role. The closest he comes to experience? His close ties to Russia and Vladimir Putin. He’s easily amongst the worst Secretary of State nominees in American history. Senate confirmation required… thank merciful Christ.

Ryan Zinke, Interior Secretary: Zinke is a former Navy SEAL with no parks experience. As a freshman congressman in Montana, Zinke has a spotty voting record that could be called many things, but certainly not “environmentally friendly.” Senate confirmation required.