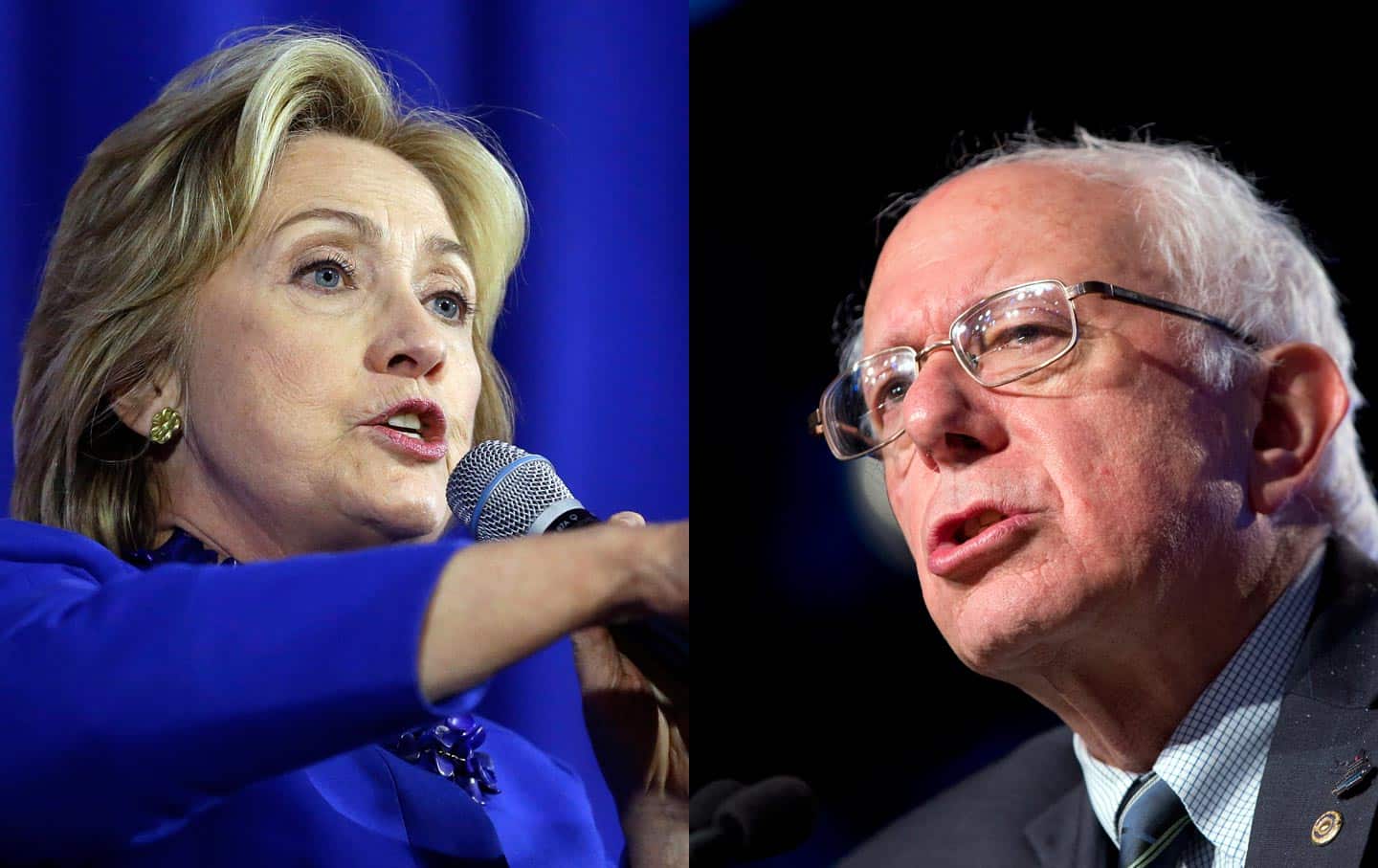 The American Federation of Teachers endorsed Hillary Clinton’s candidacy on Saturday night, July 11th. Almost immediately there was a backlash on Facebook and Twitter from teachers across the country who pointed out that no one ever asked which candidate they would prefer. Concerned teachers have begun to speculate that Randi Weingarten, AFT President and former President of New York City’s UFT, pushed the endorsement forward because she thinks her long friendship with Hillary since her days as a NY Senator could win her a nomination of Secretary of Education. This decision to endorse Hillary Clinton before a single debate has taken place is problematic because Hillary does not represent rank and file teachers and because this premature endorsement speaks to a lack of accountability and democratic governance within teacher’s unions across the United States.

The Trouble with Clinton

As her husband did during his two terms in the White House, Hillary has a long history of talking progressive but �?triangulating’ when she thinks it will win votes or campaign contributions. Triangulating is a fancy way to say supporting conservative policies with either liberal rhetoric or the excuse that it will win over centrists and independents to the Democratic side. Bill Clinton did it with welfare reform and NAFTA, and Hillary has done it with hawkish foreign policy and education “reform.” She pays lip service to the idea that students are more than a test score, but she supported No Child Left Behind and now says that it “saddens” her when she hears parents and teachers criticizing and attacking the Common Core standards which have led to an ever-increasing emphasis on testing and punishing teachers based on test scores. Her education PAC similarly talks about pro teacher policy but uses the oft-repeated conservative slogan that students are “trapped in failing schools” and that by implication these schools are packed with “bad teachers” who must be punished into stepping it up or fired. There are all sorts of problems with the argument that teachers are solely to blame for student performance and that teaching is the only matter to focus on, not poverty and the whole child’s well being. Given that Citigroup, Goldman Sachs and JP Morgan Chase make up three of Hillary’s top five campaign donors and that she has a close relationship with billionaire “reform” pushers like Bill Gates, it seems extremely likely that she will push privatizing and high stakes testing while using her shiny new AFT endorsement to show that she has the support of classroom teachers and is working on their behalf.

The Problem with the AFT’s Process

The American Federation of Teachers’ most powerful local is the United Federation of Teachers in New York City since New York has the largest school system with a million students and since AFT President Randi Weingarten (who had one year in a Brooklyn classroom before working for the union) started out as President of the UFT. From the very beginning, New York City teachers saw Weingarten as an opportunist seeking to advance her own political career rather than a genuine labor leader who would organize and fight to protect teachers. Multibillionaire mayor Michael Bloomberg even introduced Weingarten at DC conferences as an example of what can be accomplished when unions and government cooperate rather than conflict, which sounds a lot like a Wall Street CEO saying that an SEC regulator is doing a good job of cooperating with investment bankers. Her job was to fight for teachers and students, not to make nice with the mayor.

One can see the same dynamic at work with the Weingarten-led AFT endorsing Hillary Clinton for President. While 1,250 teachers were cherry picked for a poll run by a former Hillary campaign staffer, the rank and file teachers of the 1.6 million member AFT were not polled about their preferences because the preferences of actual classroom teachers are irrelevant to the political ambitions of the self-aggrandizing “leaders” that have no one’s ambitions but their own in mind.

You might ask why teacher’s union members don’t just vote out the union leaders that are making decisions without asking their members and refusing to support the rank and file. The same dynamic that exists in national politics also plays out in union elections: the parties that are run by well-funded opportunists have an easier time getting out the vote than the opposition. For example, in New York City the ruling Unity caucus which has controlled the UFT for six decades has rigged elections with a “winner take all” system which allows them to keep all delegates to the AFT convention as long as they get the majority of the vote. They keep their people loyal through patronage, handing out jobs and perks to people who sign up with them, and require all who accept a position as a delegate or union employee to sign a loyalty oath stating that the member will never criticize Unity Caucus. If a country in the Middle East ran the way Unity Caucus runs the New York City teacher’s union, our Congress would be debating whether to bomb them. New York City teachers are so demoralized about their union’s lack of accountability that only 18% of working teachers voted in the last union election.

This endorsement by no means makes a Hillary Clinton victory inevitable, as many teachers were already convinced that Bernie Sanders will better represent their interests. Furthermore, many an angry teacher fed up with union collaboration with corporate and governmental leaders that conflict with those of teachers will cast a Sanders ballot to protest the AFT’s decision to endorse Clinton without so much as asking dues paying members what they think. Teacher’s unions and labor unions generally have lost a great deal in the last three decades, but hopefully this highly problematic premature endorsement with motivate otherwise politically neutral people to take a stand and begin the process of building a “by teachers, for teachers” union.

Krugman: Trump Is A ‘Belligerent, Loudmouth Racist’ Just Like The GOP Base (VIDEO)

Krugman: Trump Is A ‘Belligerent, Loudmouth Racist’ Just Like The GOP Base (VIDEO)