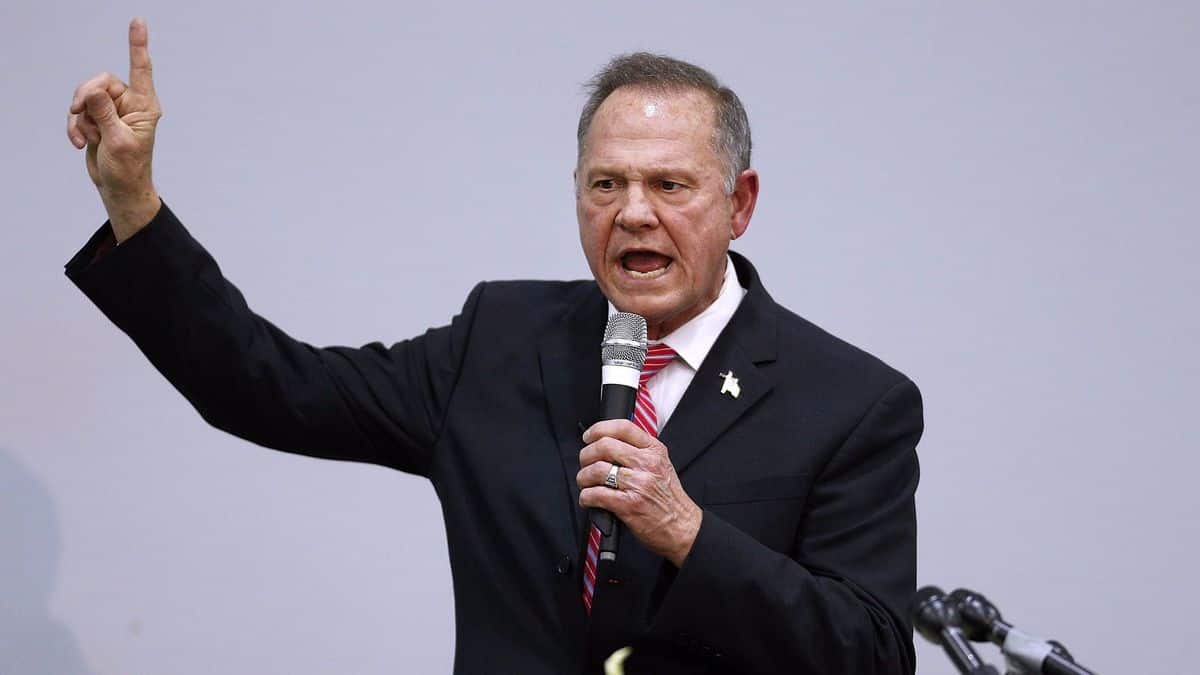 Chief Justice Roy Moore of the Alabama Supreme Court apparently has no end of idiotic positions. Mostly these come from his belief that his version of God supersedes the authority of both the U.S. Supreme Court and the U.S. Constitution.

Alabama’s judicial ethics panel, however, took a different view. They removed him from the office of Chief Justice. In 2012, the voters got the last laugh. They put him back in.

The latest Roy Moore stance has to do with his fear that the U.S. government will allow fathers and daughters to marry. Seriously… I guess. But back to that in a moment.

It started over the legality of gay marriages in Moore’s fine state of Alabama. In January, Federal District Court Judge Callie V. S. Granade ruled that the state’s marriage restrictions were unconstitutional. Her ruling meant that same-sex marriages are now legal in Alabama. The state asked the U.S. Supreme Court to stay the ruling until the court decides the constitutionality for the whole nation.

Granade’s ruling to was take effect on Monday, February 9th. On Sunday night, just before the county courthouses were to open and issue marriage licenses to same-sex couples, Roy Moore released an order forbidding the state’s probate judges to do so.

On Monday, SCOTUS denied the stay, ensuring that Granade’s ruling stands. Same-sex marriages are still legal in Alabama. End of story, right? Of course not. We’re talking about Alabama.

Most judges obeyed Moore’s order rather than Judge Granade’s ruling. In the largest cities, however — Birmingham, Huntsville and Montgomery — officials issued marriage licenses and conducted ceremonies.

Moore, specifically, wasn’t ready to put an end to it. ABC News gave him a chance to explain his actions. On Tuesday morning’s “Good Morning America”, correspondent Steve Osunsami asked the justice whether he thought his stance put him “on the wrong side of history”.  Moore answered:

But he has shown either his own stupidity or that of Alabama voters. This failure to ground himself in the law and the impulse to make rulings based on his prejudices/religious beliefs illustrates exactly why the office of Supreme Court Chief Justice should never be an elected position.

On Food Stamps, Republicans Eat Their Own