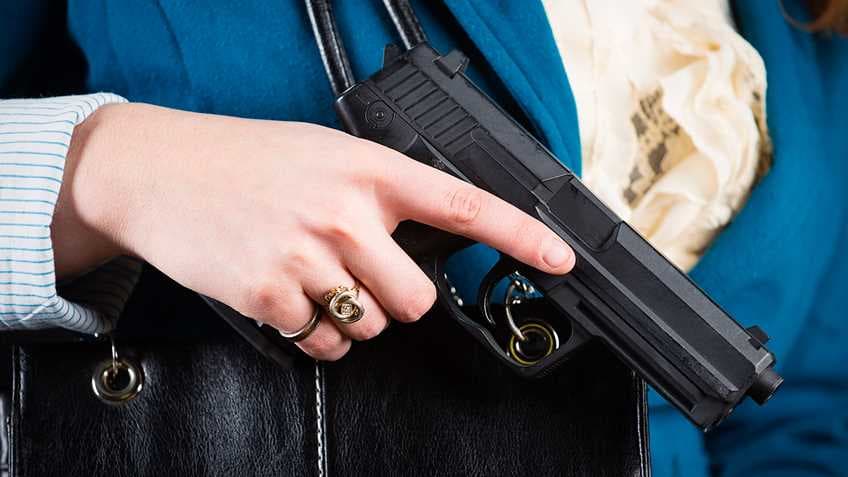 If you are over the age of 21, you may now carry a concealed weapon—yes, including a gun—without a permit in the state of Idaho. The law also allows people aged 18 to 20 to receive concealed weapons permits at the discretion of the sheriff of the county they reside in.

Governor Butch Otter—widely known for having the coolest name in electoral politics—signed Idaho’s Senate Bill 1389 into law Friday after it passed through the state senate in early march and then the state house on March 16th. The bill landed on Otter’s desk Monday, and he was happy to put his seal of approval on it.

In a statement to the president of the Idaho senate, Otter wrote:

“I’m a gun owner, a hunter and a lifetime member of the National Rifle Association. I have consistently championed our citizens’ gun rights throughout my years in public office, and I do so again today in signing Senate Bill 1389 into law.”

The new law expands previous legislation that allowed permitless concealed carry in unincorporated areas of Idaho counties. With the passage of S.1389 it is now legal to do so within city limits throughout the state as well.

However, there are still some restrictions on where an individual may carry a concealed weapon. Alex Kincaid, a criminal defense attorney, explained some of these restrictions to local CBS affiliate KBOI:

“You still can’t go into sensitive places like a courthouse or a juvenile detention center. Or any of these other locations like a federal building.”

Kincaid added that those who wish to carry a concealed weapon while traveling to another state will still have to get a permit and abide by that state’s applicable laws.

By no longer requiring permits, the state simultaneously eliminated all safety training requirements for carrying a concealed weapon. After all, if you don’t have to have a permit, then why should you have to go through the training needed for a permit?

For what it’s worth, Otter did encourage residents to receive training in his letter to the senate president:

“While S.1389 is consistent with the U.S. Constitution, Idaho values and our commitment to upholding our constitutional protections from government overreach, I am concerned about its lack of any provision for education and training of individuals who choose to exercise the right to concealed carry.”

Idaho is the 9th state to allow permitless concealed carry, which is often referred to as “Constitutional carry” by gun right’s advocates who somehow manage to read “the right for anyone to carry a concealed handgun pretty much anywhere at any time” into the one sentence about a “well-regulated militia” that is the 2nd Amendment.

The laws are basically the same from state to state, but there are slight variations. For instance, Arizona’s permitless concealed carry law allows any U.S. citizen over the age of 21 to carry a concealed weapon, with exclusions for some places like federal buildings and bars. Idaho’s law, on the other hand, only applies to state residents.

Some states share reciprocal concealed carry laws with each other, allowing visitors to abide by the laws of their home state while traveling to reciprocal states. There’s also a continuing push for federal legislation allowing nationwide reciprocity.