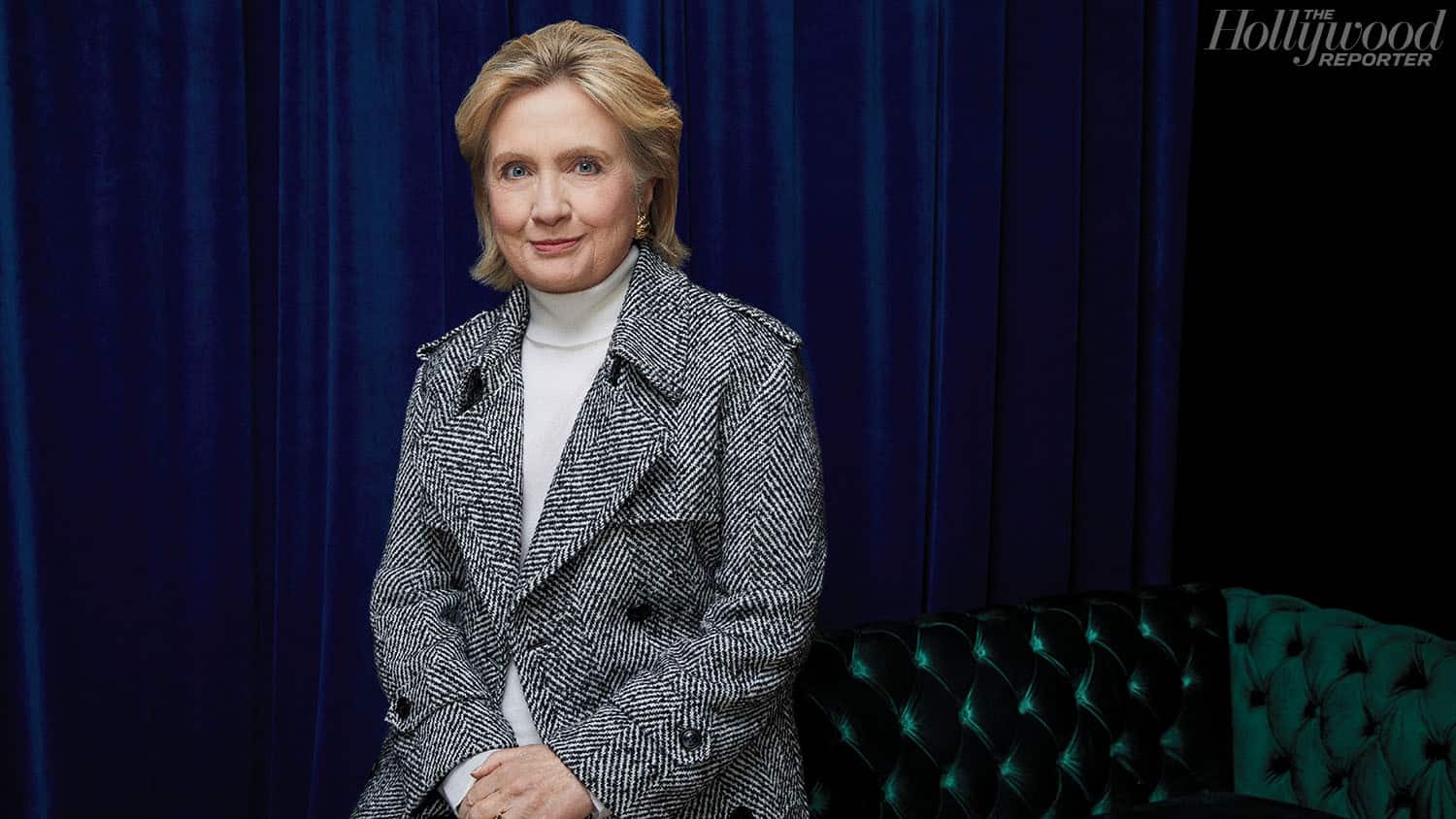 Trump Fell Apart After Clinton Got Deep Inside His Head

Hillary Clinton soundly drubbed Donald Trump in Monday night’s debate, polls and pundits agreed. Many commentators observed that Trump couldn’t stop interrupting Clinton, which was seen as aggressively misogynistic. But there was another target of Trump’s interruptions, and from a psychological perspective, it may be even more unnerving. Once Clinton had gotten under Trump’s skin and derailed his approach to the debate, Trump started interrupting himself, and he couldn’t stop.

Trump uses highly fractured grammar and syntax even when he’s completely in control of what he’s saying. In the first half hour or so of the debate, he seemed in control, delivering rehearsed sound bytes, and even put Clinton on the defensive on the issue of international trade. Here is an example of how he structures his speech on that subject early in the debate,

“So Ford is leaving. You see that, their small car division leaving. Thousands of jobs leaving Michigan, leaving Ohio. They’re all leaving. And we can’t allow it to happen anymore.”

He chops his speech up into tiny sentences, and even fragments of sentences. He does this to emphasize, to hammer on a keyword like “leaving,” and to speak in tiny, easily digestible fragments. This approach to speech may be an enormous component in his unlikely rise through the primaries. He speaks simply. Simple words. Small words and good words. Words you can’t miss. And he chops them. He really breaks them. He makes small chunks. So you really get it.

It’s not clear whether this is a speech pattern that he has practiced over many years to woo a crowd, or whether it’s his natural default speech. But something very revealing happens when you read the Washington Post’s official transcript of the debate. Even more so than watching him speaking live, you can see exactly when Clinton has gotten under his skin, the stress becomes too much, and he starts to come unglued. The reason is because his fragmented syntax quickly changes from chopping up a single idea to emphasize and simplify the point, to becoming an internal debate. The grammar goes from short, jabbing sentences to long run-on sentences with internal disruptions, peppered with disruptive asides. Trump goes from dicing up his speech to arguing with himself about what to say and how to say it.

The first clear example of this starts out innocently enough. He is speaking about his tax returns, the first time he really found himself on the defensive. He said,

While not a major change in topic, the internal disruption shows that he begins a sentence and then re-prioritizes in the middle of it what he wants to emphasize. He starts talking about his money, but then wants to prioritize his claim that he looked at it today.

It quickly gets worse. Speaking on the same subject, he says,

“I will release my tax returns. And that’s against — my lawyers, they say, “Don’t do it.” I will tell you this. No — in fact, watching shows, they’re reading the papers. Almost every lawyer says, you don’t release your returns until the audit’s complete. When the audit’s complete, I’ll do it.”

At “No — in fact,…” he almost seems to be arguing out loud with his own internal monologue. He’s about to say something, then, out loud, tells himself to say something different. Then he proceeds to emphasize how much he’s going against his lawyers’ advice with what sounds a lot like hyperbole.

Some of his instances of disrupting himself don’t sound as pathological, but more like simple stammering. He’s just not sure how to phrase an idea, or isn’t sure of what he’s saying. He’s making it up on the fly, correcting course in mid-sentence.

“I just got today the, as you know, the endorsement of the Fraternal Order of Police, we just — just came in. We have endorsements from, I think, almost every police group, very — I mean, a large percentage of them in the United States.”

While this isn’t as weird as him arguing with himself out loud, it shows how much he was improvising his debate performance after about half an hour in. He was saying things he hadn’t rehearsed, and wasn’t sure how to deliver them. That might be normal for regular human speech, but in the context of a presidential debate, it’s a bit insulting to voters and the seriousness of the office that he thought he could just wing it.

Trump’s speech pattern really started to deteriorate when he was responding to the question, and Clinton’s accusations, about his role in the birther conspiracy theory. Trump began interrupting himself almost as often as not. And his speech became almost unintelligible. He said,

“Secretary Clinton also fought it. I mean, you know — now, everybody in mainstream is going to say, oh, that’s not true. Look, it’s true. Sidney Blumenthal sent a reporter — you just have to take a look at CNN, the last week, the interview with your former campaign manager. And she was involved. But just like she can’t bring back jobs, she can’t produce.”

He begins a thought by trying to pin birtherism on Clinton, but before he can finish, he interrupts himself to argue with a mainstream press that he predicts will accuse him of lying about it. He then tries to conflate Clinton’s supposed inability to bring jobs back to the US with her inability to “produce” President Barack Obama’s birth certificate, which he then gives himself credit for supposedly accomplishing.

When Trump later launched into his criticism of NATO, his incoherence, inability to focus, inability to carry the thread of his thought to communicating it clearly went on for paragraphs. Trump said,

“But when you look at NATO, I was asked on a major show, what do you think of NATO? And you have to understand, I’m a businessperson. I did really well. But I have common sense. And I said, well, I’ll tell you. I haven’t given lots of thought to NATO. But two things.

Number one, the 28 countries of NATO, many of them aren’t paying their fair share. Number two — and that bothers me, because we should be asking — we’re defending them, and they should at least be paying us what they’re supposed to be paying by treaty and contract.

And about four months ago, I read on the front page of the Wall Street Journal that NATO is opening up a major terror division. And I think that’s great. And I think we should get — because we pay approximately 73 percent of the cost of NATO. It’s a lot of money to protect other people. But I’m all for NATO. But I said they have to focus on terror, also.

And they’re going to do that. And that was — believe me — I’m sure I’m not going to get credit for it — but that was largely because of what I was saying and my criticism of NATO.”

Got that? Trump is trying to make about 4 separate points there, but his brain sticks them in a blender and sets it on high. His mouth spits out a purée of babbling nonsense. There are interruptions within interruptions, asides interrupted by other asides, within that speech. For a presidential candidate to so butcher his explanation of how he views the world’s most important alliance, and then to pat himself on the back for his supposed brilliance in dealing with it, is truly alarming behavior.

When the issue of temperament came up near the end of the debate, Trump was again interrupting himself. He said,

“I have a much better — she spent — let me tell you — she spent hundreds of millions of dollars on an advertising — you know, they get Madison Avenue into a room, they put names — oh, temperament, let’s go after — I think my strongest asset, maybe by far, is my temperament. I have a winning temperament.”

The irony of this statement is incredible. Cracking under the pressure to the point that he was in an ongoing argument with himself while also trying to debate a formidable opponent he hadn’t adequately prepared to face on the most high-stakes stage imaginable, Trump stammers that he has a winning temperament, while interrupting himself to whine about being treated unfairly.

The transcript of the debate is, in some ways, more revealing than the video. It shows how Trump spoonfeeds tiny little servings of buzzwords and simple ideas to his followers when he feels under control. But when he starts to feel he’s losing control, which happens far too quickly, he falls to pieces. Hillary Clinton so effectively got inside Donald Trump’s head that the real debate Monday night was not between Clinton and Trump, it was between Trump and Trump. Clinton won because she knew how to get her adversary to fight against himself. Trump may have written The Art of the Deal, but on the debate stage, Clinton demonstrated total mastery of The Art of War.