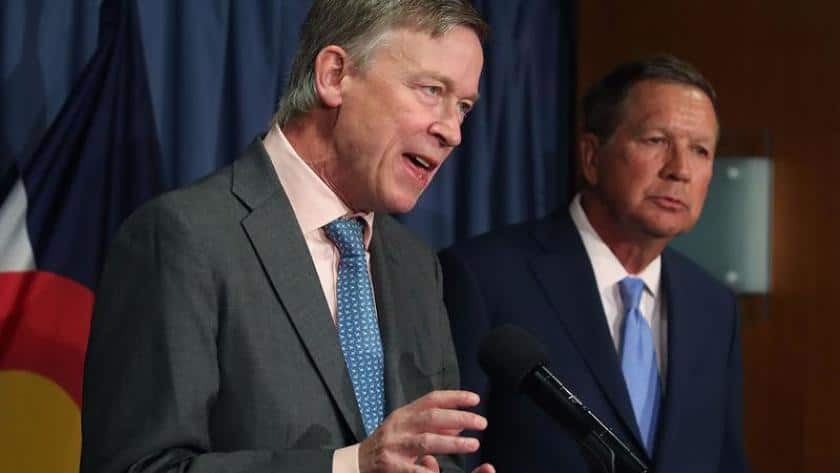 Ted Cruz was scary and nonsensical in Tuesday night’s Republican presidential debate. That counts as a strong performance for the target audience. If Cruz appeared to have a bit more swagger, it’s because in the national “backstage” of the primaries, Cruz has been collecting secret handshakes.

On Monday, the conservative thinker’s rag, the National Review, published an expose of a “secret meeting” where a coalition of 50 leaders of conservative groups “pledged allegiance” to Cruz in a backroom deal. The coalition unanimously agreed that they can’t control Donald Trump and need to rally behind a candidate who can challenge him. They convened in the boardroom of the Sheraton Hotel in Tyson’s Corner, Virginia to decide whether to endorse Marco Rubio or Ted Cruz.

This summit of the most influential right wing activists was summoned by Tony Perkins. Perkins was a Louisiana Republican state house representative and a failed 2002 US Senate candidate. He is the president of the Family Research Council, which was designated as a “hate group” by the Southern Poverty Law Center, for its relentless activism against same sex marriage rights.

The coalition was already leaning toward Cruz at the outset, because Cruz “had tirelessly courted the evangelical leaders who formed the group’s backbone,” according to the National Review. But they needed a “75 percent supermajority” to lock in the entire group’s support for one candidate. After a long day of five ballots and side negotiations, the coalition arrived at full endorsement of Ted Cruz.

The National Review said that this backroom deal is going to lead to an “avalanche” of individual endorsements.

The National Review said that this backroom deal is going to lead to an “avalanche” of individual endorsements. The coalition agreed to space out their announcements to create the perception of the conservative movement “uniting … organically” behind Cruz. These endorsements rolling out include far right social conservatives like James Dobson. Dobson founded and ran the conservative, anti-gay group, Focus on the Family, from 1977-2003 and hosts a right-wing radio show that blares into the conservative base voters’ ears across the country.

With these endorsements, and the free advertising and grassroots organizing that flow from them, Cruz is preparing to topple Trump Tower. The electoral statistics wizardry blog FiveThirtyEight explained the vital importance of endorsements,

In the book “The Party Decides” (2008), the most comprehensive study of the invisible primary, the political scientists Marty Cohen, David Karol, Hans Noel and John Zaller evaluated data on endorsements made in presidential nomination contests between 1980 and 2004 and found that “early endorsements in the invisible primary are the most important cause of candidate success in the state primaries and caucuses.”

Jeb Bush leads the Republican pack in endorsements, but his endorsement train derailed as soon as his campaign did. Ted Cruz only has 12, but is likely to surge into the top spot once all the endorsement from Perkins’ coalition have been announced. Trump has zero major endorsements, unless he, too, lined up supporters in a shady backroom deal (which seems unlikely).

This is beginning to have a major effect in the all-important first-in-the-nation caucus in Iowa. The “kingmaker” of Iowa’s caucus, Bob Vander Plaats issued his endorsement to Cruz last week. This is probably the most significant endorsement for Cruz to receive at this moment, since Vander Plaats’s endorsement has virtually guaranteed a win in the caucus in the last few cycles. Because Iowa is a closed caucus, it is easier for party bosses to whip votes. And Cruz’s support is skyrocketing. In Iowa, Cruz has jumped from 12.5 to 26.4% in three weeks, and is still climbing. Trump’s support in Iowa has fluctuated, but averages around 25%.

Ted Cruz could win the GOP presidential nod, despite the many enemies he has within the party, due to this backroom deal with the mostly-evangelical leaders of far-right groups and the fact that — although he’s a loose canon — he’s not as much of a loose canon as Donald Trump.

Trump announced his deeply offensive plan to ban Muslims from entering the United States the same day that Cruz first surged past Trump in Iowa polls. This was almost certainly a shockingly cynical ploy to distract the media from that story. It reflects a real concern at the top floor of Trump Tower that Cruz is the first serious threat to The Donald.

If this backroom deal helps Cruz win Iowa, it could transform the race, even if Trump is still leading everywhere else. It could shake out a few of the other anti-Trump candidates, giving Cruz more breathing room. It would slam the brakes on Trump’s narrative of total dominance. Without any major party support, Trump has to maintain a steady stream of outrageous statements to stay on top. If the media narrative is suddenly that Trump is a lot weaker than he looks on the first day of the primary, it will become extremely difficult for him to maintain the attention of his supporters. Iowa does not always transform a race, but being first, it has outsized influence. Recall that in 2008, Hillary Clinton had a comfortable lead over Barack Obama heading into the primaries, until Obama won in Iowa, and everything changed. Cruz is betting that he can make that happen again.

Ted Cruz Is So Drastically Out Of The Mainstream, Only A Backroom Deal Could Put Him In This Enviable Position.

It is remarkable that Cruz is in this position. He is drastically far outside of the mainstream of the American electorate, and is far right even among Republicans. The party establishment nurses a huge grudge against him for engineering the catastrophic 2013 government shutdown and lesser instances of legislative grandstanding that accomplished nothing. The fact that he is now capitalizing on his history of being generally obnoxious to everyone, including his allies, reveals a Machiavellian politician who is reading the moment several steps ahead of his opponents. He can edge out Trump by sounding very similar, but more in control. He is beginning to build grassroots support by being a crusader against the establishment and locking up establishment support by being the lesser of self-aggrandizing loose cannons.

The First Muslims Came To America Centuries Before The First Trump