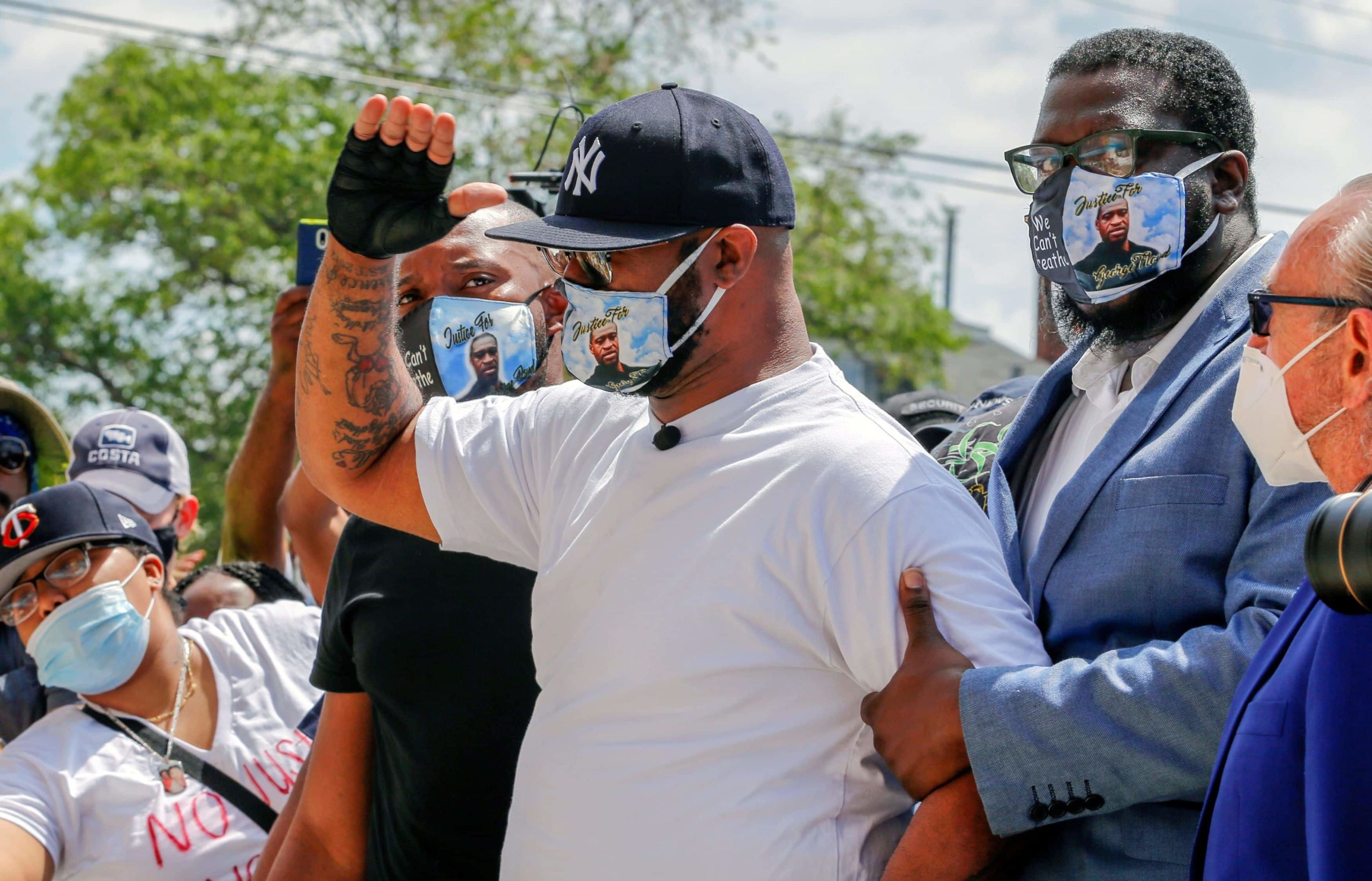 Meet Bob Ellison, a photographer from Gretna, La. He’s angry — very, very angry — about all those lazy, entitled protesters in Baltimore giving police a hard time. But Ellison’s not racist, no, not at all.

In his three-minute YouTube rant, Ellison explains what he thinks the problem is.

“It has to do with all the damned accusations against all the damned police there. Black people AND white people feeling entitled to what we work for.”

Because, really, we are not “entitled” to food, housing, healthcare, fair treatment by police or anything else unless we work for it, dammit. Never mind if there are few jobs or business opportunities one can pursue legally in your neighborhood. Ellison accepts no excuses:

“No one’s entitled to anything except what you get off your @ss and earn.”

For Ellison, Baltimore protesters are “animals” destroying “other people’s property,” not fellow human beings expressing pent-up rage against businesses that prey on them, cities that redline them into ghettos, and a “justice” system that unfairly criminalizes them.

And as for that slavery thing? That was over 200 years ago, get over it.

“But when a bunch of Goddamned, idiotic, animals destroy other people’s property, injure innocent people who have nothing to do with it, all in the name of [air quotes] ‘race.’ And you people owned my people 200 f*cking years ago.”

Like so many of our right-wing pundits and lawmakers, Ellison actually believes people would rather struggle to get by on their paltry welfare benefits than have the chance to pursue a financially secure — maybe even fulfilling — career.

“You’re too damn lazy to get a job on your own. You’re too lazy to support your children. You depend on people like me and these cops that you hate to pay taxes so that you can have what you want. “

Never mind that the good old U.S. of A has one of the worst child poverty rates for a so-called “advanced nation,” that a vast majority of able-bodied, working age adults on food stamps do work, or that good jobs that keep people off welfare are hard to find. Ellison wants you to “get off your @ss” and get a non-existent job.

At least this writer agrees with Ellison on one thing: the media “only tells half the story.” Of course we don’t agree at all on which half of the story they’re not telling.

After a couple minutes of ranting about how lazy poor people — not social injustice — are to blame for the unrest in Baltimore, Ellison provides a window into the mind of an angry white man.

“[Don’t] put blame on everybody else for why you’re a f*ckup, for why your life s*cks. It’s nobody’s fault but your own. My life ain’t perfect. But you know what? The reason it’s not is because I f*cked some sh*t up. I made some bad choices. But you know what? I’m happy with it. Because I can make another choice and fix it. Go a different route. And do sh*t the right way.”

Because in right-wingnut world, people would rather blame themselves for their own hardships than those who’ve stacked the deck against them, because it makes them feel more in control.

“If you’re gonna blame everybody for your problems, I’m going to tell you where your problem is right now. It’s with you. Because you can’t accept responsibility for what is going on in your life.”

And, alas, there’s the difference between extreme conservatives and the rest of us in a nutshell. They believe that people in power are always right, that they have no obligation to share resources or treat people fairly, and that we have no right to question or protest when they don’t.

On the one hand, you’ve got to give Bob Ellison points for trying. On the other hand…well…here’s what he has to say.