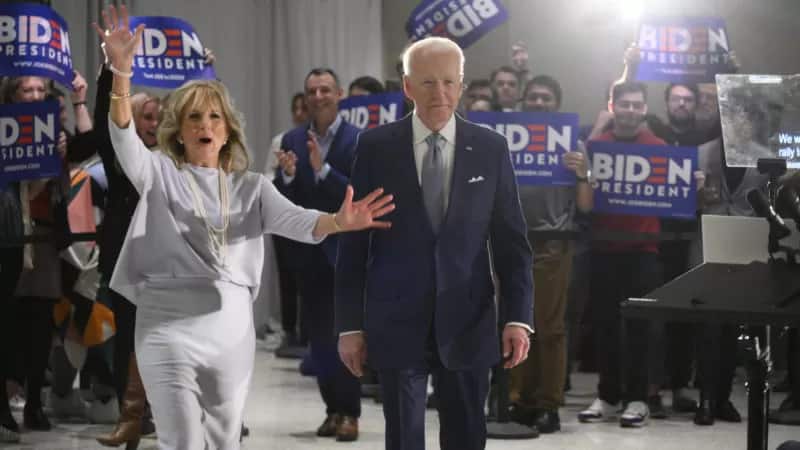 Trump Is Trying To Chicken Out Of A Debate With Sanders

On the popular talk show, Kimmel and the tangerine-tinted Godzilla were discussing the primary system’s complexities and the perception that the Democratic primary is rigged against Sanders just as the GOP one was rigged against Trump. Kimmel then said that Sanders’ camp, who was denied an opportunity to debate his opponent, Hillary Clinton, ahead of the June 7 California primary, which could be a big swing state for him, wanted to debate Trump. Trump agreed, on the condition that ABC put up money for it that would go to a worthy charity. Sanders’ response, via Twitter, was almost immediate —

Despite what would surely be a tremendous, tremendous debate and a HUGE opportunity for both candidates, the Trump camp is now saying it was all a joke.

Here’s the video. Do you think he’s joking?

Then again, given the way he “jokes” about banging his daughter, maybe he just needs to work on his delivery.

As he mentioned on Kimmel, Trump has had a strange primary as far as debates go. The massively popular candidate drove record-breaking ratings during the GOP debates, and used the stage to make several viscous power plays, either against this competitors — particularly Jeb Bush and Marco Rubio, both of whom backed out very quickly after Trump turned his attention to them — or against the networks themselves. Trump backed out of a Fox debate during an extended war of words with host Megyn Kelly, instead hosting a competing event to raise $6 million for veterans.

Or maybe he didn’t. It’s a little unclear.

Sadly, it makes sense that it would all be a joke. Trump’s success is predicated on his use of sales tactics in his appearances, and saying “yes yes yes” is very much a sales tactic.

Poor Bernie. Apparently, Nobody Will Debate Him

A Trump-Sanders match-up, in addition to being the debate to end all debates, would be an asymmetrical, incredibly interesting match-up with important but very different opportunities for both sides. Both candidates are looking for ways to beat Clinton. For Trump, that means pulling in Sanders’ supporters, many of whom are dissatisfied with the Democratic party and would readily jump over to Trump’s similarly maverick candidacy. From Sanders’ perspective, he’s on the ropes and doesn’t have another avenue to refresh his publicity before the pivotal California primary. He could also use the debate to demonstrate how well he’d perform against Trump.

Sanders will surely address the issue in his own appearance on Jimmy Kimmel Live tonight.

UPDATE 5/27/16: Late Thursday with the media in Bismark, N.D., Trump flipped again on the issue, saying he would be willing to debate Sanders — for $10 million, he said, presumably after putting his pinky to the corner of his mouth like Dr. Evil. Trump said he’d do the debate if the money would go to women’s health issues, though it’s unknown if “women’s health issues” means “my own coffers” like his last fundraising effort did.