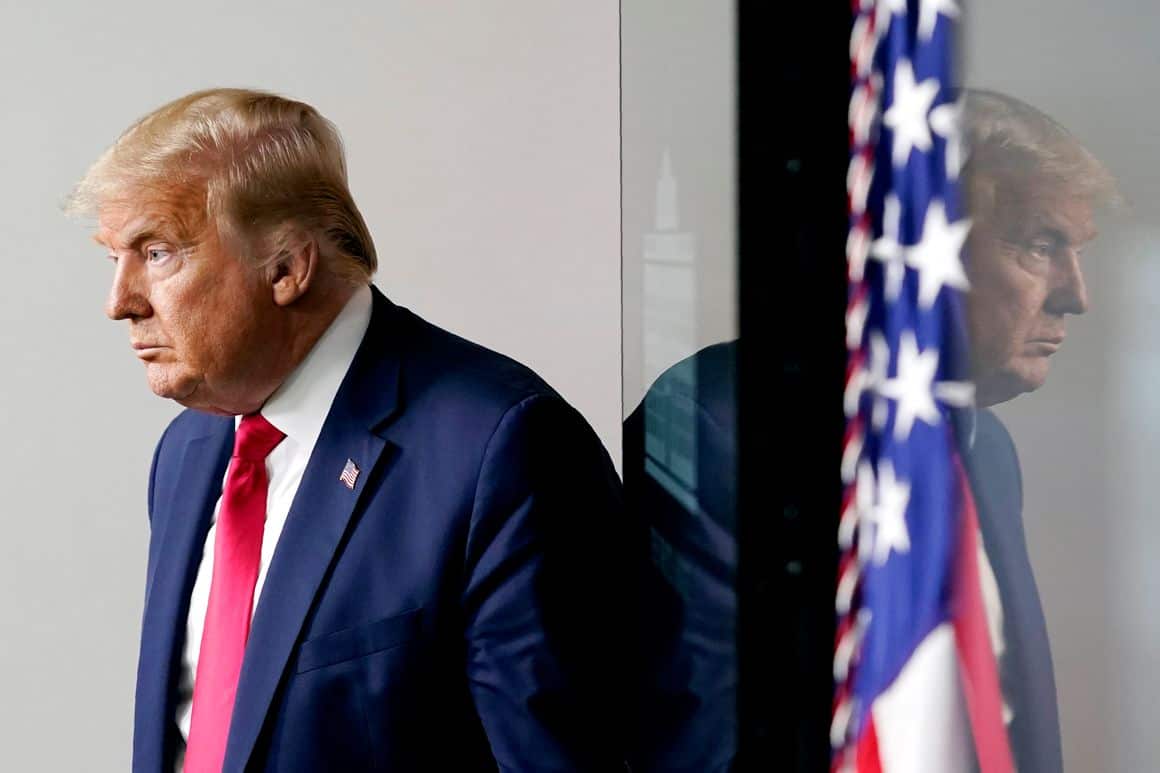 We all knew this was coming, didn’t we folks? Donald Trump took to Twitter Wednesday morning to accuse his opponent, Texas Senator Ted Cruz, of cheating and stealing the Iowa Caucus. Trump came in second to Ted Cruz, with Florida Senator Marco Rubio a tick behind in third place.

Ted Cruz didn’t win Iowa, he stole it. That is why all of the polls were so wrong and why he got far more votes than anticipated. Bad!

So how did Ted Cruz “steal” the Iowa caucus? We’ll let Trump explain in 140 characters or less:

During primetime of the Iowa Caucus, Cruz put out a release that @RealBenCarson was quitting the race, and to caucus (or vote) for Cruz.

“If Ted Cruz doesn’t know about this, then he clearly needs to very quickly get rid of some people in his organization.. And if he does know about it, isn’t this the exact kind of thing that the American people are tired of? Why would we want to continue that kind of, you know, shenanigans?”

Many people voted for Cruz over Carson because of this Cruz fraud. Also, Cruz sent out a VOTER VIOLATION certificate to thousands of voters.

And what pray tell, is a “voter violation” certificate?

The Voter Violation certificate gave poor marks to the unsuspecting voter(grade of F) and told them to clear it up by voting for Cruz. Fraud

This is what the mailer looked like; some sources claim it is murky legal waters for putting “public record” at the top to make it look official when it’s an advertisement for Cruz.

“Accusing citizens of Iowa of a ‘voting violation’ based on Iowa Caucus participation, or lack thereof, is a false representation of an official act. There is no such thing as an election violated related to frequency of voting. Any insinuation or statement to the contrary is wrong and I believe it is not in keeping in the spirit of the Iowa Caucuses.”

It may have worked, Iowa reported a record turnout to the Caucuses.

And finally, Cruz strongly told thousands of caucusgoers (voters) that Trump was strongly in favor of ObamaCare and “choice” – a total lie!

A politician lying!? Call the police! Sorry, Trumpy baby, that’s politics. Ted Cruz’s lie wasn’t completely untrue either, Trump does have a past supporting women’s choice (the horror!) and Trump did say he supported giving health care to those in need but could not afford it. Trump’s exact quote:

So, aside from the questionable voter certificate (of which there will be no consequence), we have two instances of Ted Cruz lying (gasp!) and playing the political game — and coming out ahead for it.

And of course, Trump took the loss graciously initially, tweeting:

Based on the fraud committed by Senator Ted Cruz during the Iowa Caucus, either a new election should take place or Cruz results nullified.

He wants a do-over! Now, to Trump’s credit, Ted Cruz absolutely is a dirty liar. His campaign played dirty tricks on Ben Carson to sway his voters, and he misrepresented Donald Trump, but Ted Cruz didn’t “steal” any election and there’s not going to be a do-over. Asking for a redo is just, to put it in Trump’s words, sad.

But, hey, this could all just be Trump’s way of keeping the media’s attention on himself, and running his own smear campaign on his biggest competition.

Rather than graciously congratulate Ted Cruz before any of these facts Trump is pointing out came to light, he tweeted this the morning after the caucus:

Anybody who watched all of Ted Cruz’s far too long, rambling, overly flamboyant speech last nite would say that was his Howard Dean moment!

One thing is for certain, things are about to get heated and ugly in the Republican race, perhaps to levels never seen before.