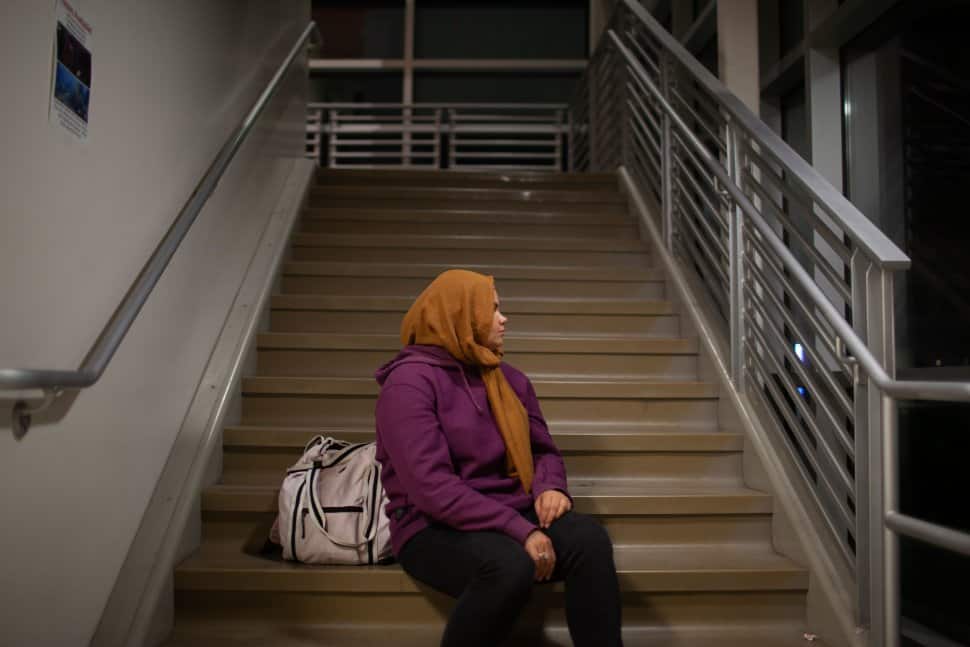 In January, a trip to a hockey game for 57 Native American students from Pine Ridge Indian Reservation in South Dakota turned into a nightmare when drunk men hurled racist insults at the children and poured beer on their heads. ThinkProgress reports:

In January, a group of third through eighth grade students from the American Horse School were watching the local hockey team, the Rapid City Rush, before several adults started asking them questions about where they are from. Middle school teacher and head chaperone Consuelo Means alleges she overheard several men sitting in an executive suite above them asking eighth grade girls questions, and immediately asked the students to stop talking to the strangers because they were drunk. The men continued asking questions and when the home team scored, one banged on the wall and told the students to cheer louder because they were “from the Rez.” Means briefly looked for security for assistance, but when she returned to her seat, she felt something dripping on her head. Looking up, she saw the men dumping beer on three rows of students. When Means alerted the other chaperones and tried to intervene, the perpetrators reportedly yelled at the group to go back to the Rez.

Of all the men involved, only one was charged. Trace O’Connell of Philip, South Dakota was charged with disorderly conduct, and if convicted will have to pay a $500 fine. The trial began on Wednesday and ended on Thursday. The judge says he will present his verdict in three to four weeks, the Rapid City Journal reports.

I can’t imagine how these children must have felt. To have a fun school outing interrupted by a few entitled assholes is bad enough. But being racially harassed and insulted made the incident not just annoying, but hurtful. These are children, for goodness sakes. They should be able to enjoy a sporting event with their friends without being told to “go back to the Rez.” They should be able to watch a game without being reminded that they live in a country where their ancestors were enslaved, raped, and murdered en masse, their land stolen by colonists, and their people demoted to second class citizens, even until today.

I don’t know what must go though someone’s mind to want to harass a group of children. This story is just another example of how people of color are treated in this country, and how not even children can be protected from racism. Studies show that racism affects children’s mental health. I only hope that these kids can recover from this, but as Gloria Kitsopoulos, superintendent and principal of American Horse school told ThinkProgress, the damage has been done:

“I tell the students all the time [they] can do anything, [they] can go anywhere, [they] can be anything,” she concluded. “Immediately after [the hockey game] I brought them in and talked to them. These were my top students, rewarded for their academics. The first thing they said to me [was], ‘you said that we could go anywhere and be anything, and we can’t.’ That made me the angriest — that they took that away from them: that hope.”

According to ThinkProgress, the community was outraged that only one of the men involved was charged. I completely understand their outrage. By not punishing the perpetrators, they send the message that the well being of Native American children doesn’t matter.