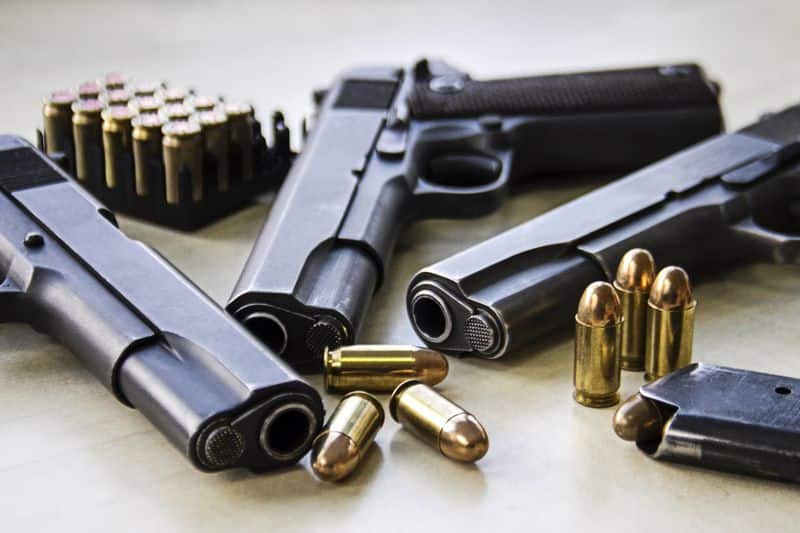 In a year where the number of mass shootings in the United States has reachedmore than one per day on average; the Senate just voted yesterday to block a bill that would keep people on the terror watch list from buying a gun. Yes, this really just happened.

The bill, proposed by Sen. Dianne Feinstein (D-Calif.), would have banned people on the federal terrorist watch list from buying guns or explosives. That seems pretty reasonable.  More than that; it sure seems necessary given the alarming number of mass shootings we face in this country. And yet, this bill failed 45-54. Almost all the dissenters were Republicans. Only one democrat, Sen. Heidi Heitkamp of North Dakota, voted against the measure.

Democratic leader Senator Harry Reid (D-Nev.) was appalled by the bill’s failure. In a strong statement he said;

“Sadly, today Republicans have proven that they are more afraid of the National Rifle Association than of FBI terror suspects.”

He goes on to challenge lawmakers to fix the problem. He calls for Senators to stop working with the National Rifle Association (NRA); calling the organization the “quasi-militant wing of the Republican party” and going on to say that “those who choose to do the NRA’s bidding will be held accountable… their vote against these sensible measures will be a stain for all the American people to see.”

Republicans are citing the Second Amendment as their reason for rejecting this bill. House Speaker Paul Ryan, who claims that mass shooting are no reason to “trample” the right to be unimpeded in purchasing weapons, is saying that the government puts people on the terrorist watch list without due process and that banning those folks from gun purchases would be an infringement on their Second Amendment rights. Ok, let’s explore that. According to the Government Accountability Office and Huffington Post, there are roughly 400,000 people currently on the Federal terror watch list.  Only roughly 2 percent of those folks or about 8,000 are US citizens. The US has about 321 million citizens.  So, this ban will make it more difficult for .00002% of US citizens to purchase a gun or explosives. And this is unacceptable to Republicans?

Why would reasonable lawmakers block something so obviously necessary for the security of our nation? Money. It always boils down to money.  It is no secret that the NRA is a major contributor to the GOP.  The NRA evenranks members of congress from A to F based on their voting record with respect to gun rights. And that ranking determines how much money those folks receive. And we are talking lots and lots of money. In 2014 alone, the NRA gave over $811,000 to members of congress. Of those monies; $770,000 went to Republicans and $41,000 went to Democrats. It is easy to see why the Republicans stand in the way of gun control measures. They have a vested interest in doing so.