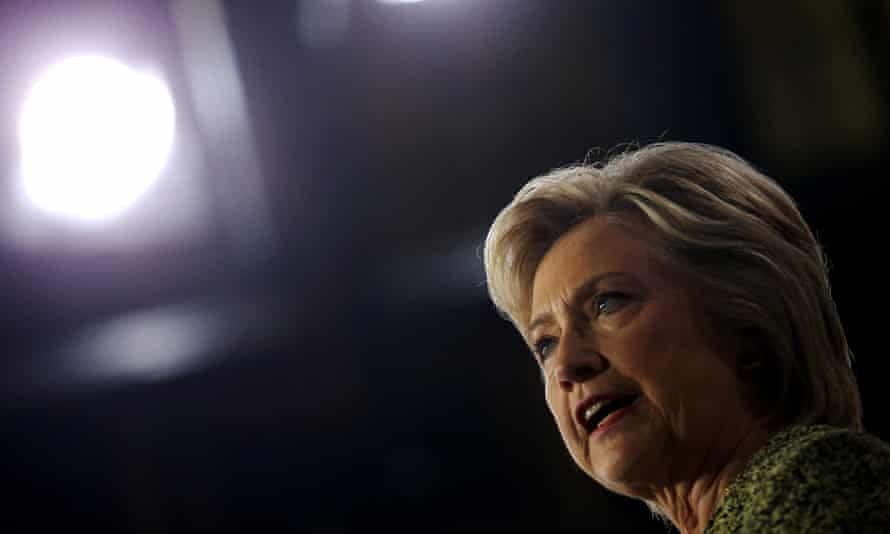 The New York Times has concluded that Hillary and Bill Clinton are finally very worried about Bernie Sanders. Their new-found concern is largely due to millennial women.

The publication’s conclusions have significant merit. They are based on interviews with 11 people who are close to the Clintons — “campaign advisers, outside allies, friends and donors.” It appears that Hillary and her advisers have made the exact same mistake that they did in 2008 — they didn’t take the other Democratic candidate seriously until they were headed into the first primaries.

Millennial Women Are The Biggest Problem In The Numbers
The biggest problem with the numbers is the same as in 2008. Support for Sanders among young people and independents is surging, especially among women. On Monday, USA Today released a poll showing that the senator is leading Hillary by 19 points among women ages 18 to 34 who are either Democrats or independents.

While Hillary has long taken the support of women for granted, she can’t be so facile about winning over millennial women. A 19-year-old college freshman named Aiyha Abdelbagi — both female and black — told Rolling Stone:

“Just because she [Clinton] is a girl doesn’t mean I’m going to support her. Nope, not at all. That’s not what feminism is about.”

The candidate who speaks to Abdelbagi’s concerns is Bernie Sanders. She said:

“He’s for the people, especially college students and African-Americans. His answer on the Black Lives Matter question at the [first] Democratic debate put me on board, confirmed everything for me.”

That statement contains the essence of Hillary’s difficulties, but it was summed up well by an uncommitted superdelegate from Oregon, Lawrence Taylor:

“Hillary struggles to convey sincere passion with issues that matter to the general public, unlike Bernie Sanders and Elizabeth Warren.”

An unnamed aide confirmed to the NYT that Hillary’s “rational message” doesn’t resonate with a dissatisfied Democratic electorate that is looking for inspiration. Now both Clintons are questioning why the campaign staff didn’t pick up on the difficulties sooner.

However, Hillary herself has magnified the problem by playing it safe. Not only didn’t she take Sanders seriously enough to wage an aggressive campaign, but she wanted few debates and she wanted them scheduled at times that would minimize the numbers in the audience. Sunday night’s Democratic debate, falling in the midst of a 3-day weekend, is a good example.

Suddenly striking out at Sanders has only increased Hillary’s problems, making her appear anxious and insecure. That was the effect of daughter Chelsea’s attack on Sanders over his stand on two vital issues — healthcare and college affordability. One Democratic strategist told The Hill that the attack was reflective of the Clinton campaign’s current state of mind, that the challenge from Sanders “is real and they’ve got to be freaking out.”

Rep. Raúl Grijalva (D-Ariz.), who has endorsed Sanders, gave a fuller reaction to Hillary’s tendency to be her own worst enemy:

“I perhaps could see it coming from Bill, but I was taken aback hearing it from Chelsea. I was surprised and thought it was out of character. It seems the Clinton campaign is going into full destruction mode very early in this process.”

At this point in the campaign, Clinton attacks on Sanders only draws more attention to Sanders. When he recently ran a new ad about “two Democratic visions for regulating Wall Street,” Sanders didn’t mention Hillary. However, the ad clearly depicted his stance as opposed hers, with the conclusion being that making the big banks “pay their fair share” would fund universal health care and “universal college education” — those two prominent issues for millennials.

The Clinton campaign went ballistic, accusing Sanders of releasing a negative attack ad — in spite of a similar ad from their camp, trying to align Hillary’s opponent with the gun industry. The result of Hillary’s reaction is that many more people are aware of the Sanders ad, and are also paying attention to her nervousness about the campaign.

Millennial Women See That Females Aren’t The Only Feminists
Young people in Iowa won the day for Barack Obama in 2008 and it’s quite possible they’ll win the day for Bernie Sanders in 2016. Two millennial women illustrate why that is true. Julie Fredrick, a 23-year-old Sanders volunteer in New Hampshire, says she feels inspired:

“For the first time, I feel empowered to create change. This is a peaceful political revolution, and everyone’s very excited to be a part of it.”

Hillary Clinton has been a highly visible part of the governing power structure for all these young women’s lives. Aside from the issue of inspiration, it’s hard for many to conceive of her as embodying change.

Lillian Moravek, a 17-year-old from Iowa and also a Sanders volunteer, responded to two things that are most important to her:

“It’s a very important thing to be part of a movement that could pass [free tuition at public colleges] on to younger generations. The second most important thing is, he’s a feminist, and so am I.”

There is a big part of Hillary’s miscalculation — she doesn’t have a lock on feminism. The fact that she’s a woman doesn’t automatically award her that. Millennial women recognize the fact.