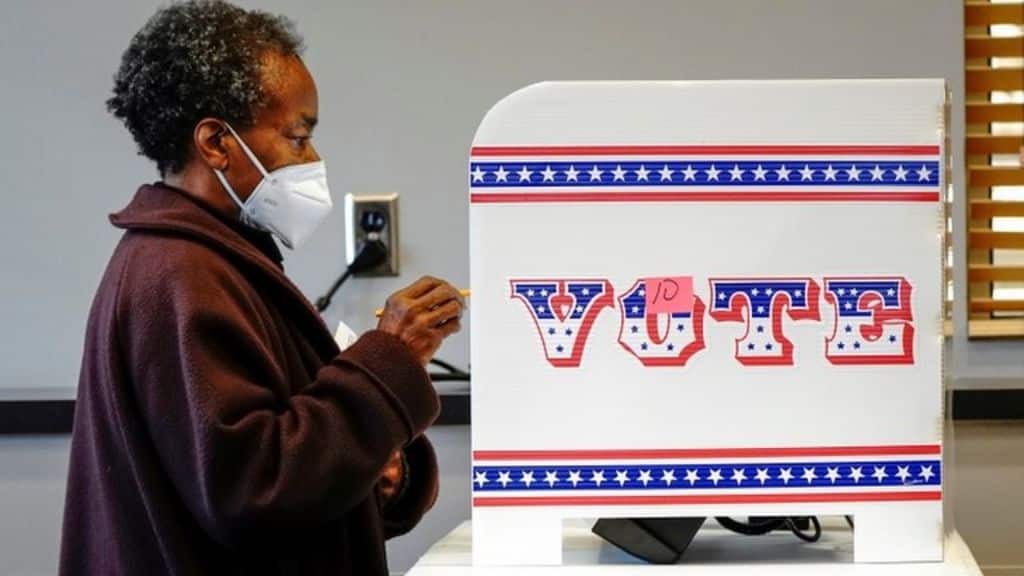 Diane Haslett-Rudiano, the election worker whose error disallowed over 100,000 eligible voters from participating in New York’s primary election, sold a house to the daughter of a Hillary Clinton superdelegate under suspicious circumstances.

At least that’s the story circulating on social media.

But does the claim have any merit? Investigations by Reverb Press reveal the sale took place as described. But does that prove the voter purge was paid for by a Clinton superdelegate? Let’s examine the facts.

For years, Diane Haslett-Rudiano used a property she owned on the Upper West Side to lie about her residence, making her eligible to vote in Brooklyn even though she resided full-time in Forest Hills, Queens. Despite an internal probe finding her guilty of voter fraud, no formal disciplinary action was taken against her.

“I think it’s a disgrace,” said author Sam Sloan, who reported Haslett-Rudiano’s address discrepancy to investigators.  “I went to her supposed house. I talked to thirty of her neighbors who had never seen her there. The idea that she claims she’s been living there all these years is just preposterous.”

It sat derelict and abandoned for decades, drawing the ire of neighbors who complained the building was an eye-sore. She refused to sell the property, however, telling the Wall Street Journal that she had an emotional attachment to the property because her late husband, Jean, had “a lot of plans of trying to do something with the house.”

“It is a very emotional thing for me. Life doesn’t always turn out the way you wish.”

And so empty it sat, attracting rats and vagrants as tenets while building code violations piled up.

“Over the past 12 years I have sent many letters to the owner, sharing the concerns of my constituents,” City Council Member Gale A. Brewers said in a statement.

“My office has reached out offering to assist in mending the situation in any way possible, at first to try to improve the situation together and get her to do something about the rat infestation and garbage. When it became clear that she had no intention to make any improvements and maintain these buildings, I tried putting her in touch with a broker recommended by the block association. She never followed up on any of these things, and I found her lack of concern and refusal to be reasoned with deeply disturbing. Things can’t continue this way, the upper West Side community has had enough of being ignored and we want a new person to take possession since it is clear that the current owner is not a responsible property owner.”

In 2014, Haslett-Rudiano had a change of heart and sold the property for $6.6 million. Even in the Upper West Side, that’s a lot of money for what neighbors affectionately dubbed the “rat house.” But the buyer, Dana Lowey Luttway, has earned a reputation for flipping properties, and a recent Google Earth image shows renovations are underway.

But according to Haslett-Rudiano, selling the property was simply a matter of letting go. “I am satisfied that the buyer is going to do a very fine job of renovation,” she told the Wall Street Journal.

Haslett-Rudiano May Have Had Access To Specific Voter Information

As reported by my colleague Nathaniel Downes, Haslett-Rudiano is a GOP committee member with the 55th assembly district. It is therefor feasible she had access to Orca, a massive database capable of identifying voters on a street by street or building by building basis.

While this seemingly lends some credence to the idea that Haslett-Rudiano committed election fraud on behalf of the Clinton delegate, there is no evidence to conclude the voter purge was anything other than negligence. In fact, some Clinton voters were also affected by the incident. Our own Matt Terzi shared one of their stories in a piece titled Heartbroken Voters Speak Out On The New York Voter Purge:

“I did everything right. I even made sure I filled it all out right and asked a lady at the DMV to check it for me. There’s no reason why I should’ve gotten stuck with [an affidavit] ballot. How broken is our democracy when I’m not even allowed to take part in it? Should I even bother trying to vote in November now?”

Reverb Press reached out to Diane Haslett-Rudiano but has not received a response as of press time.