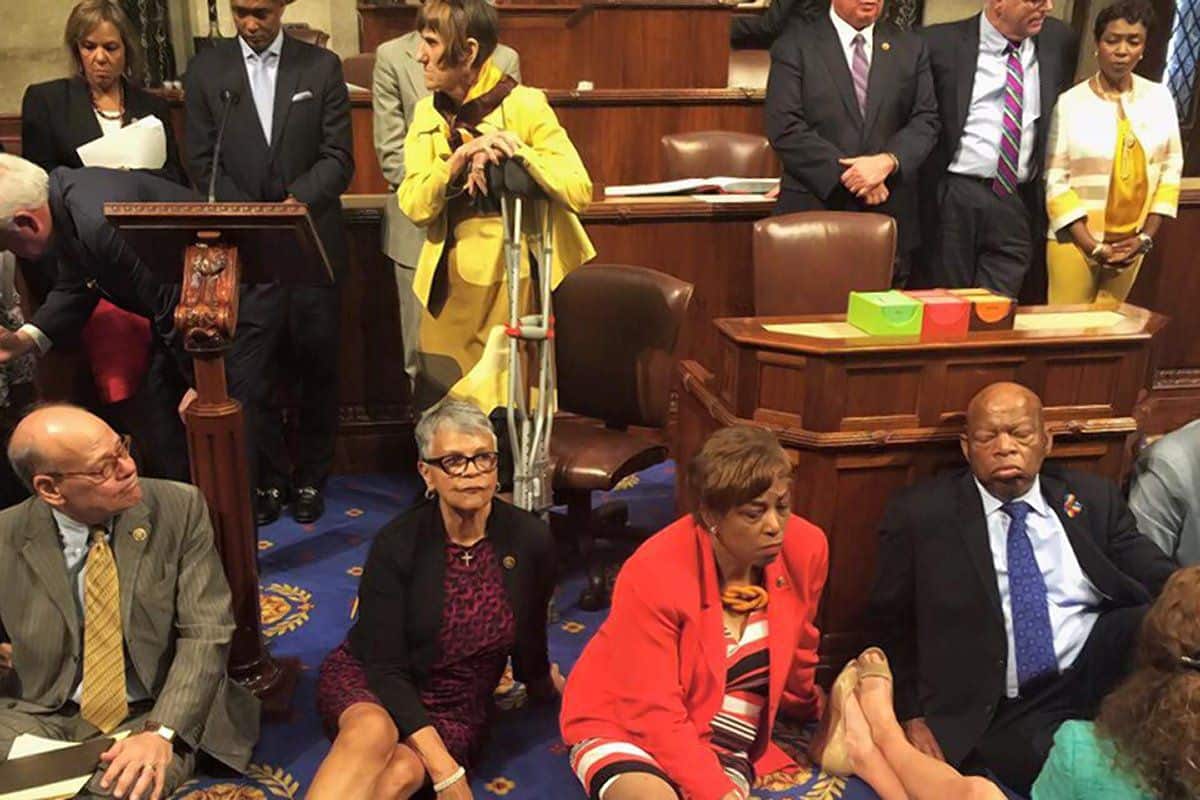 Congress Democrats Stage A Historic Protest On The House Floor

This article will be updated frequently as the story develops.

Taking a page from the Occupy Wall Street movement, Democratic members of the United States Congress have taken to the lower chamber floor, staging an old school sit-in for gun safety legislation after four measures were rejected in the Senate.

“We have been too quiet for too long! There comes a time when you have to say something. You have to make a little noise. You have to move your feet. This is the time.”

That was John Lewis from Georgia, addressing the house floor.

But they aren’t just sitting around — all the protesting Congresspeople are taking to the podium to pontificate on the importance of gun reform.

Some 60 representatives are part of this protest demanding legislators take action on gun reform. Representative Yarmuth tweeted a photo from the historic event:

Proud to sit with @RepJoeCourtney and others demanding action. #GoodTrouble #NoBillNoBreak

Thank you John Lewis for leading on gun violence where we need it most.

Raw Story is reporting that House Republicans have shut down the cameras inside the U.S. House of Representatives, in an effort to prevent Americans from seeing the sit-in, which is attempting to force a vote on gun reform.