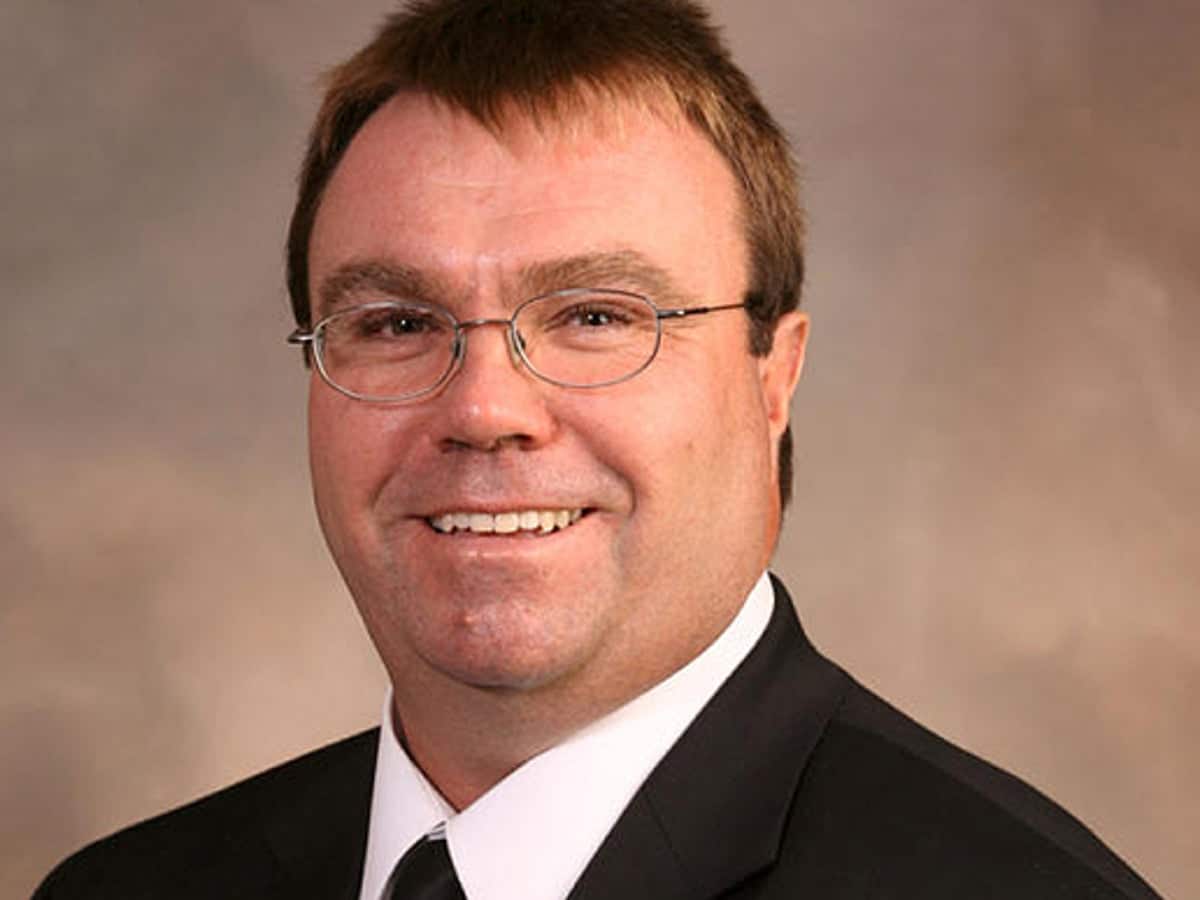 If you’re a young gay man cruising Grindr, the last thing you probably want to see is a photo of your anti-gay GOP state rep’s undoubtedly shriveled penis. Alas, that’s what 21-year-old Dustin Smith got on his cell phone, and there’s no way he can ever unsee that.

In an exclusive interview withInForum, Smith dished the dirt. He explained that in early April, he saw a photo of State Rep. Randy Boehning in the paper alongside other North Dakota House reps who’d just voted against Senate Bill 2279. The bill would have banned discrimination against LGBT people.

“Just a couple weeks ago, I saw the front page of the Forum with all the congressmen who had voted no on that anti-discrimination bill. And I recognized him [Boehning], and was like, ‘who is that guy? I know I’ve seen him somewhere…’”

Then, Smith remembered where he’d seen the appropriately-named, erm, Randy Boehning…On Grindr, the popular app for “randy” gay, bisexual, and “bicurious” men. There, 52-year-old Boehning goes by the handle Top man! and he’d been sending naughty messages to Smith for over a year and a half.

“He was making sexual advances, asking me my preferences, what I’m like in the bedroom, that kind of stuff…He had asked for provocative photos of me.”

He even sent Smith an unasked-for dick pic. Yuck. An indignant Smith declared that when he saw Boehning in the paper he was “flabbergasted.”

“I messaged him after I saw him in the paper. And I said — [I was] just flabbergasted — ‘I don’t see how you can hide behind your cell phone or your tablet or however you get on Grindr and vote the way that you are […] Doesn’t the hypocrisy of that bother you at all?’”

Boehning, who thankfully is not married, claims he’s relieved to finally be out of the closet. “The 1,000-pound gorilla has been lifted,” he told reporters. “I have to confront it at some point.” But he told the reporters he suspects he got outed in retaliation for voting against the bill.

Boehning said before he voted against the anti-discrimination bill on April 2 a Capitol employee told him a fellow House lawmaker who supported the bill said Boehning would be targeted for retaliation if he didn’t vote for it. The 12-year veteran of the House still voted against 2279. He also voted against a similar bill in 2009 and would have in 2013, had the proposal not died in the Senate before a House vote

Vice points out that — although outing anti-gay lawmakers feels immensely satisfying — many in the LGBT community feel it’s morally wrong, while others believe hypocrisy needs to be exposed.

Here’s the the video with InForum‘s Emily Welker interviewing Dustin Smith about his online encounters with Rep. Randy Boehning.