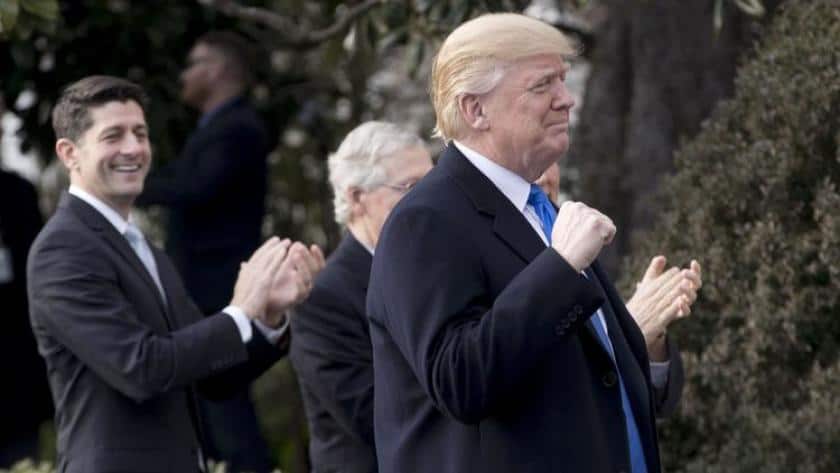 The Republican party is in serious trouble. Their primary model—with its heavy focus on First Past the Post elections—combined with a candidate field with too many candidates, has resulted in a surge of support for popularity Reality TV star Donald Drumpf for the 2016 GOP Presidential nomination. And going into the largest states, this could easily result in the man who spent much of one GOP debate discussing his penis size being an actual contender for President of the United States.

Here Romney Comes To Save The Day

In what appears to be an act of pure desperation, the party leadership and major donors have begun floating the idea of re-running Mitt Romney as the candidate to beat Drumpf this election season. Romney has, to date, denied that he is running for office. However, he did give a major, and very public speech criticizing the GOP front-runner last Thursday. Within it, he called for party unity against Drumpf, without endorsing any of his competition.

GOP Created Its Own Problems

The filing of these forms at this time is clearly not a coincidence, and tells us that the Republican party is in serious trouble. It means that the GOP has no idea why they are in trouble in the first place. They are blaming the other candidates for failing to stop Drumpf, but the issue is that they had too many candidates in the first place. Due to the use of the First Past the Post election methodology, the Republican Party have engineered their own downfall. It will eventually devolve into two main groups, an effort we witnessed already with the rise of the “Tea Party” a decade ago. And as this is happening within the party itself, where such fine lines are difficult to maintain, the result is utter chaos.

At this time, Drumpf has won 34% of the popular vote. That means we have 66% who have voted against him. But, under the GOP’s First Past the Post election methodology, Drumpf currently has 47% of the delegates. By comparison, the Democrats use a proportional system for allocating delegates, resulting in the popular vote, and the delegate count, being very similar between the candidates in that race. But even this is insufficient, as candidates drop out and the race gets tighter, the pressure for negative campaigning becomes overwhelming.

Romney, Too Little, Too Late

Romney entering the race at this late in the game indicates that the Republican establishment and the billionaire donors who back them, are in serious trouble. A candidate running on a populist platform with command over rhetoric always secures a solid base to work from, as history will demonstrate time and again. This is how dictators have taken power in countless nations over the centuries. With the power of the President at an all time high, the stakes have never been greater. The Republican plan for complete dominance of the system, engineered in 2009, is now detonating in their face as the party leadership has lost control over their parties candidates. And it may be too late.

The GOP should have done their homework, and learned about the flaws in various election systems before now. When we have First Past the Post voting, we cannot be surprised that Drumpf is getting ever closer to becoming the Republican nominee for President. If the GOP leadership don’t have much time, and don’t want to deal with deep political theory, noted producer of entertaining educational videos CGP Grey has released this video explaining the problems of First Past the Post election systems. It is recommended they watch it, and realize what a grave mistake they have made.

Thanks Obama: Lifelong Republican Says ‘I Was So Wrong’ After Obamacare Saves His Life