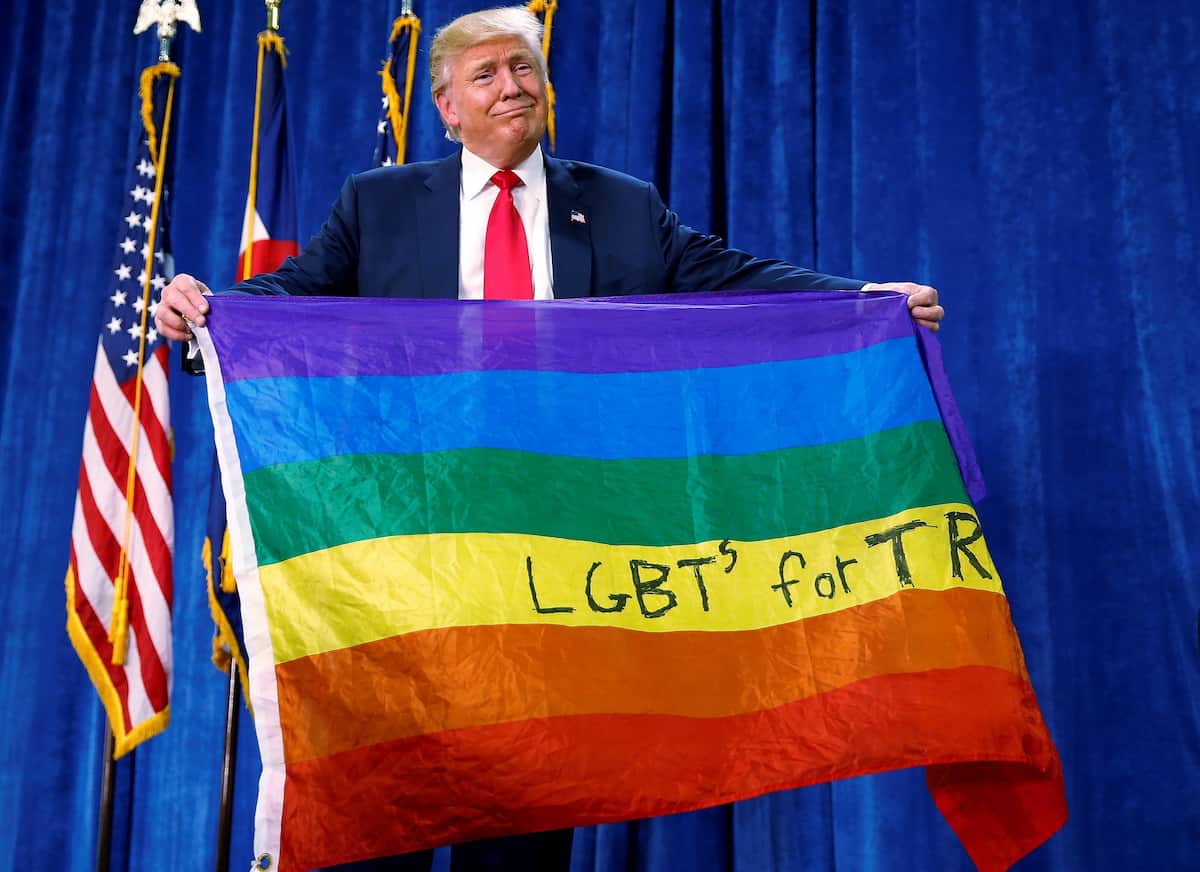 The Family Research Council has long been recognized as an anti-LGBTQ hate group, and now the leader of this group has successfully introduced a harmful platform that enforces conversion therapy. The platform was adopted by Republican National Committee subcommittee members on Monday. Next, the platform will be voted on by a committee, and after that, all RNC voting members before being adopted as an official part of the 2016 platform.

LGBTQ People Face A Real Setback With The Republicans In Power

FRC president Tony Perkins is also an RNC delegate and as such, he met with RNC chair Reince Priebus on Monday, reportedly to promote medically dangerous efforts methods that claim to change a person’s sexual orientation.

That’s not the only thing the platform is calling for. Committee members have also called for the Supreme Court’s decision on marriage equality to be overturned.
“Our laws and our government’s regulations should recognize marriage as the union of one man and one woman and actively promote married family life as the basis of a stable and prosperous society,” the draft platform reports. “For that reason, as explained elsewhere in the platform, we do not accept the Supreme Court’s redefinition of marriage and we urge its reversal, whether through judicial reconsideration or a constitutional amendment returning control over marriage to states.”

Perkins is an extremist who champions sexual orientation conversion therapy, and has said it’s a way for gay people to find “wholeness,” “escape the homosexual lifestyle” and “come out of a lifestyle we know is destructive and harmful.”

“Those who understand the homosexual community—the activists—they’re very aggressive, they’re—everything they accuse us of they are in triplicate. They’re intolerant, they’re hateful, vile, they’re spiteful. …To me, that is the height of hatred, to be silent when we know there are individuals that are engaged in activity, behavior, and an agenda that will destroy them and our nation.”

Can’t you just hear the hand-wringing going on in that statement? He’s practically slavering at the maw here.

But conversion therapy truly is harmful. The Human Rights Campaign notes that minors are especially vulnerable when it comes to this so-called therapy. It can, in fact, lead to depression, anxiety, drug use, homelessness, and suicide.

Furthermore, a number of states—California, Illinois, New Jersey, Oregon, Vermont and also the District of Columbia have passed laws making it illegal for licensed mental health providers to offer conversion therapy to minors. And at least 20 other states have introduced similar legislation.

Several organizations have come out squarely against conversion therapy, and the American Academy of Child Adolescent Psychiatry notes:

“Clinicians should be aware that there is no evidence that sexual orientation can be altered through therapy, and that attempts to do so may be harmful. There is no empirical evidence adult homosexuality can be prevented if gender nonconforming children are influenced to be more gender conforming. Indeed, there is no medically valid basis for attempting to prevent homosexuality, which is not an illness. On the contrary, such efforts may encourage family rejection and undermine self-esteem, connectedness and caring, important protective factors against suicidal ideation and attempts. Given that there is no evidence that efforts to alter sexual orientation are effective, beneficial or necessary, and the possibility that they carry the risk of significant harm, such interventions are contraindicated.”

Not content to just screw up the lives of LGBTQ people, the subcommittees also voted for amendments that require the Bible to be taught in schools. I surmise this is probably so teachers can tell kids that dinosaurs slept on Noah’s Ark.