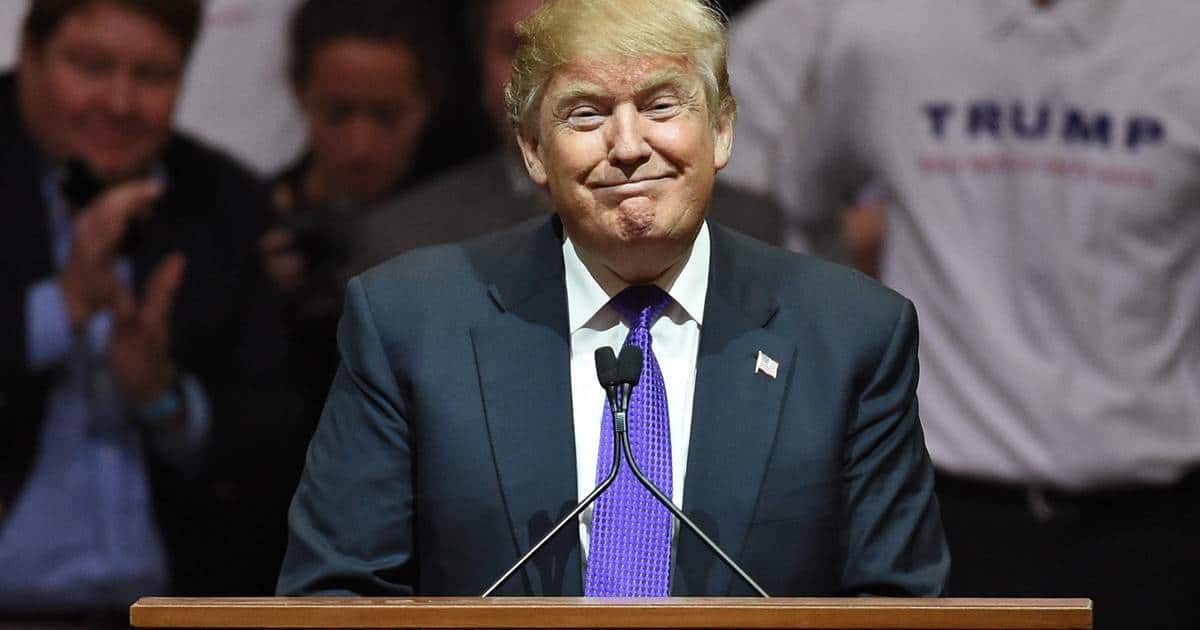 Republican 2016 presidential front-runner Donald Trump’s campaign of anti-Latino rhetoric is increasingly accompanied by anti-Latino censorship by force. In a disturbing incident Thursday, Trump security forcibly confiscated protester’s signs. A guard then punched a protester in the face for trying to get his sign back.

Despite the very explicit video, Trump’s campaign said that it would “likely be pressing charges” against the protester who was assaulted, claiming the security guard was “jumped from behind.”

The incident occurred at Trump Tower in New York as Trump signed a “loyalty pledge” to the Republican party, swearing not to run as a third party candidate if he loses the nomination.

The forcible censorship of Latinos follows an alarming pattern that the Trump campaign has exhibited. On August 25th, Trump deployed his security to eject Univision reporter Jorge Ramos from a press conference after Ramos asked a question about immigration that Trump didn’t want to answer. Trump eventually let Ramos back into the conference. He responded to his question by saying that “a lot of people think” that birthright citizenship can be overturned without changing the Constitution.

My colleague Akira Watts has painstakingly argued that Donald Trump is a fascist. Trump’s scapegoating an entire socio-economic-ethnic class of millions of Americans, then sicking thugs on them when they question or protest him, is pretty textbook fascism. No presidential candidate’s campaign should ever use physical force against peaceful protesters or reporters. Trump’s ugly rhetoric, and the brutish enforcement of it, has crossed a line that should never be crossed in American democracy.