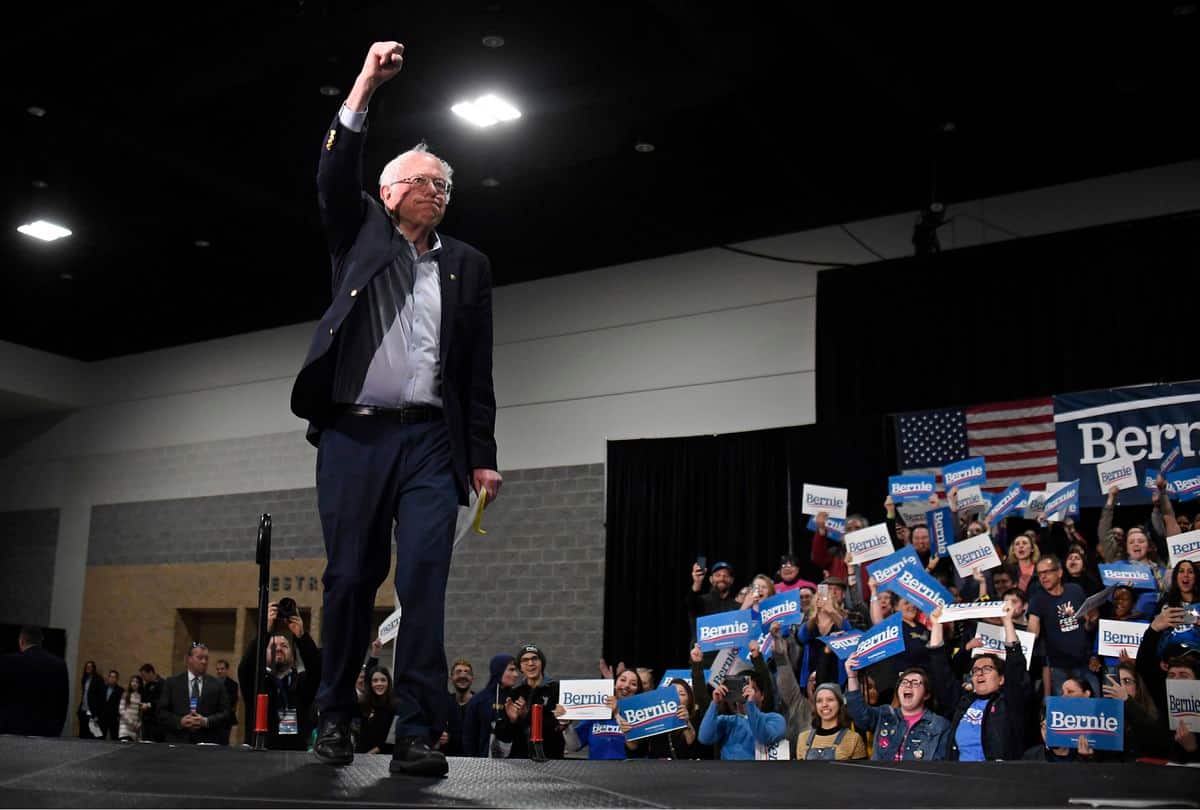 Within just hours of having one speech at Seattle’s Westlake Park disrupted by activists from Black Lives matter, Bernie Sanders was at another Seattle venue speaking to an even larger crowd. With twelve thousand people waiting inside the Alaska Airlines Arena, Senator Sanders stopped to speak with another 3,000 waiting outside the venue.

Swelling crowds at events like this one and surging poll numbers have made the Vermont Senator, a relative unknown just a few months ago into a serious contender for a nomination most thought was in the bag for Hillary Clinton.

Sanders, whose ability to connect with regular people has been at the center of his rise, was not content to speak just with those filling the auditorium, and took a few moments to address the overflow crowd who came and waited even though they were unable to get a seat inside.

He spoke for less than four minutes, but in those four minutes he summarized what his campaign has been all about. He addressed the concerns of those involved in the earlier disruption in speaking of the need for unity.

“Here’s the bottom line. I’m not going to give you a boring speech. This country faces enormous crises. The truth of the matter is we can address them in a significant way if we stand together as a people, not let them divide us up by race or whether you were born in America or not or you’re gay or straight, man or woman.”

He went on to lay out this goals.

“We have to have the courage to take on the billionaire class that has so much wealth and power. We can join the rest of the industrialized world and have a health care system that guarantees health care for all of our people. We can make public colleges and universities tuition free. We can rebuild our crumbling infrastructure and create millions of decent paying jobs. We can reform the criminal justice system and end racism in America if we stay together. “

Sanders again rang the bell of income inequality and more importantly, the imbalance of power it produces.

“This is the wealthiest country in the history of the world but nobody knows it because almost all of the wealth and income are going to the top 1%. If we create the kind of political movement that I know we can create, we can create a country and a government that belong to all of us, not just a handful.”

He then went on to ask for their support, not only in the election, but after to counter the efforts of those corporations and lobbyists.