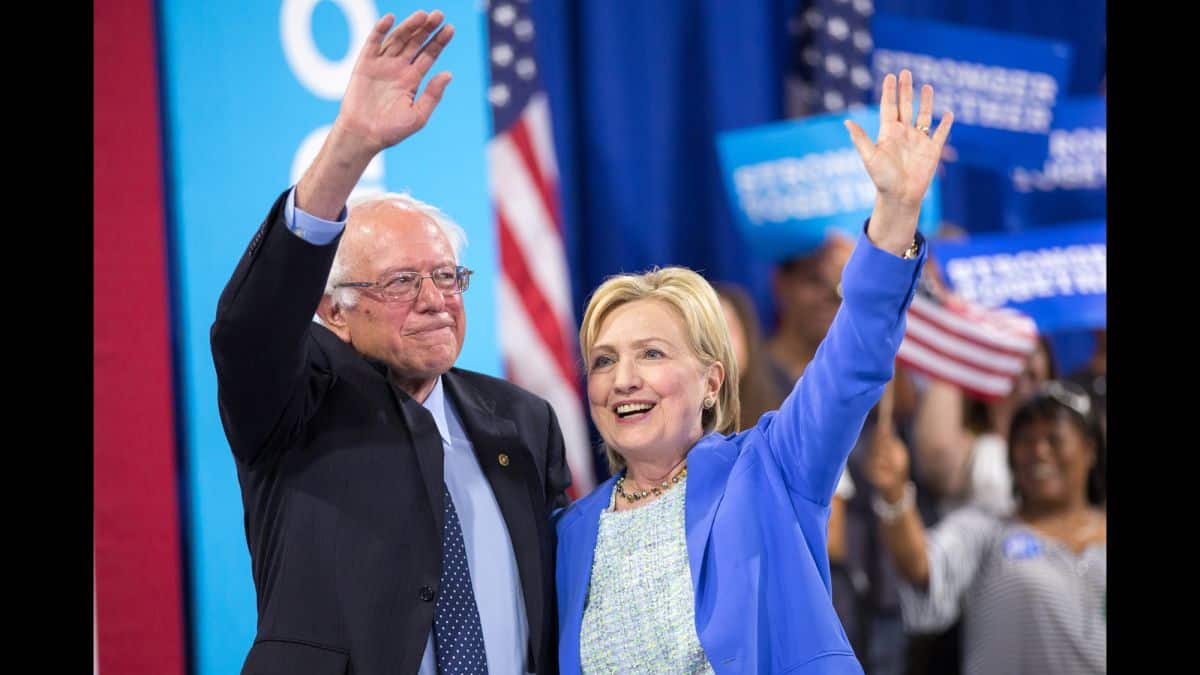 Something is rotten in the state of “DNCmark.” The foul odor of a potential fix? Well, if the Bernie Sanders campaign is to be believed, voters have good reason not to trust the methods and motivations of the DNC. It’s bad enough that the DNC has decided to hide the existence of Democratic debates from America’s voters. Now it looks like that ugly data breach scandal might have been entirely manufactured after all.

A “top Sanders campaign adviser” was recently interviewed by Yahoo Politics. Inevitably, the topic of discussion was the Clinton data breach fiasco. During the interview, something very interesting was shared by the anonymous campaign adviser.

“According to the Sanders adviser, the DNC and NGP VAN, a firm that has a contract with the party organization to operate a voter file, have responded to the data breach by ‘leaking information’ and ‘stonewalling an investigation’ into the matter.”

Really? I mean this is a MAJOR breach, one that could have dangerous implication for the election as a whole. Why wouldn’t the DNC and NGP VAN want the Bernie Sanders campaign to take a closer look? Well, the reason might have something to do with the major bombshell this unnamed adviser proceeded to drop.

On Dec. 17, news of the incident broke, and the Sanders campaign announced it had fired its national data director, Josh Uretsky, for taking advantage of the breach to access data belonging to Clinton. The top Sanders adviser told Yahoo News one of the remaining concerns is that Uretsky was recommended to the campaign by people with ties to the DNC and NGP VAN.

Got your tinfoil hat handy? Now might be a good time to put it on, because that bit of information is EXTREMELY worrying.

Think about it: The man at the heart of the Clinton data breach scandal is not an organic member of the Bernie Sanders camp. This is a person recommended to the campaign by the DNC. The same DNC that responded to the Sanders’s camp alert that a breach had happened by immediately punishing the campaign. Not the man they sent over…Sanders.

Isn’t it awfully convenient that the guy that the DNC helpfully sent over ended up providing the organization with the perfect excuse to dirty up the reputation of one Bernie Sanders? Yahoo’s source suggests what many observers likely suspect about the entire data breach story: that Uretsky was a DNC agent, on a mission to sabotage the Sanders campaign.

Is there any evidence to back up such an incredible claim? Nothing concrete at the moment. But take a look at what Yahoo’s source had to say about how Mr. Uretsky found his way into the Bernie Sanders campaign in the first place.

“According to the adviser, one of the references that Uretsky gave when he applied to work with the campaign was the DNC’s National Data Director Andrew Brown, who works closely with the shared voter file program.

‘Andrew Brown spoke to us and gave him a positive review, as did this guy Bryan Whitaker,’ the adviser said.”

It’s worth noting that Brown was the Iowa technology director for the Clinton campaign from 2007-2008 during her first presidential run. He actually replaced Bryan Whitaker as the Director of Technology for the DNC in April 2013. Where did Whitaker go? To NGP VAN, as Chief Operating Officer.

These are not simple-minded nobodies we’re talking about. These people would be considered OUTSTANDING references for anyone applying for the job Mr. Uretsky ultimately took. They also provide an almost direct link between Uretsky’s unethical behavior and the DNC/NGP VAN. It’s certainly enough to cause concern, if not justify a more thorough investigation into the matter by a neutral third party.

Some feel it’s an unfortunate coincidence helping to create a divide among Democrats. Perhaps it is. DNC Chairwoman Debbie Wasserman-Schultz already stands accused of using her position aid Sanders’ rival Hillary Clinton. Is this evidence of that, or is everyone who thinks i might be just being really REALLY paranoid right now?