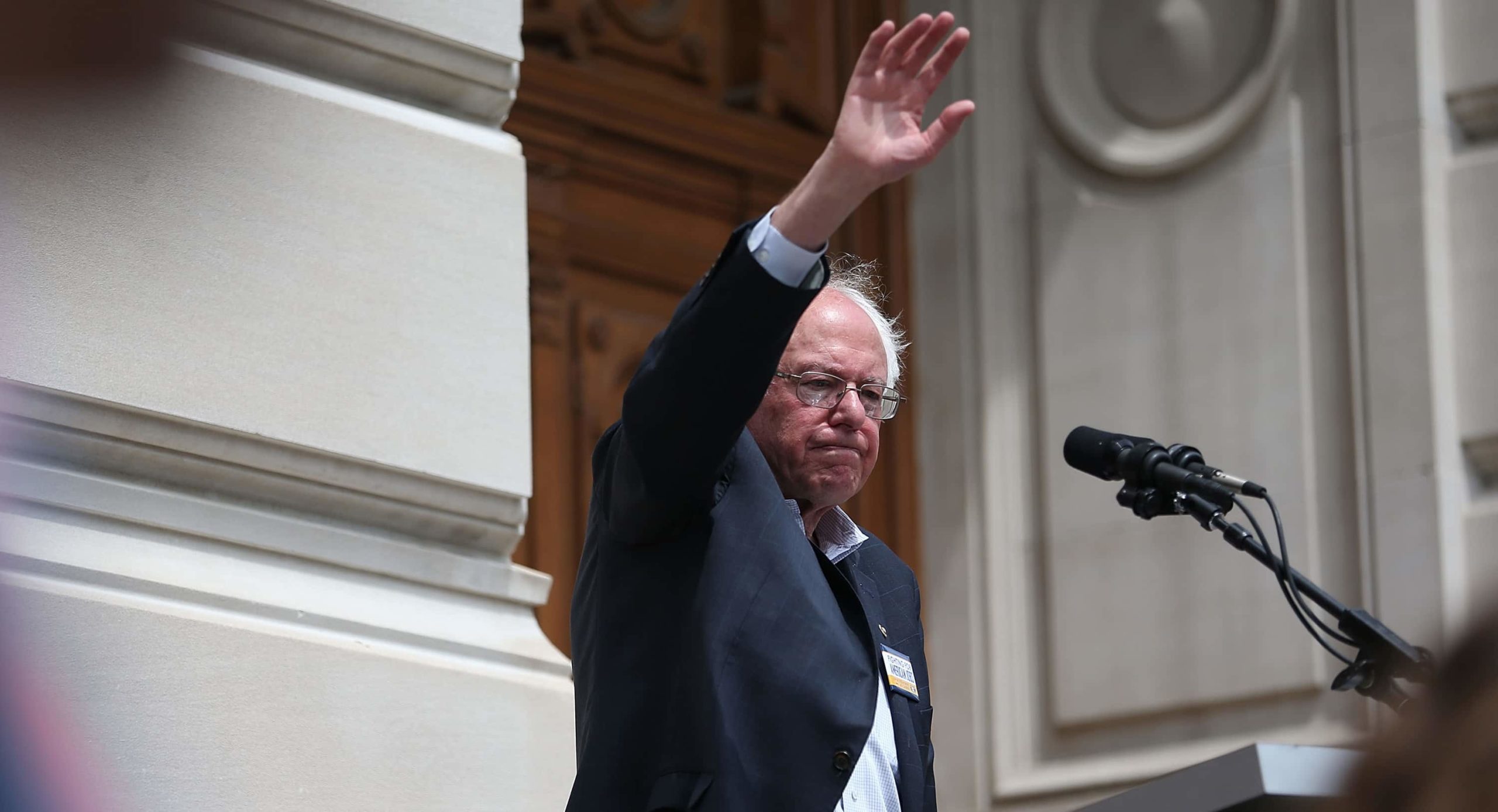 One reason behind the brutal 2016 Democratic primary is the idea that the Democratic National Committee is biased against Bernie Sanders. This belief was solidified in the mind of some when Sanders sued the DNC over being restricted from voter files after a data breach. An independent investigation into the incident, though, has resulted in Sanders withdrawing his lawsuit.

The Sanders campaign faced a temporary restriction in access to the DNC’s voter files after it was discovered that some of its staffers took advantage of a security flaw. Sanders and many of his supporters saw this as the DNC acting favorably towards Clinton, and that belief resulted in a lawsuit that Sanders carried on even after he was granted access back to the files.

For months after the voter files were breached, emotions ran high due to the pending lawsuit and varying narratives of what really happened. Obviously seeking some form of closure, Bernie Sanders and the DNC agreed to an independent investigation by CrowdStrike, a data breach and threat intelligence firm.

Once the investigation was complete, the DNC released a statement which included the following:

“[CrowdStrike] identified evidence of unauthorized access via four user accounts from the Bernie 2016 campaign. All unauthorized access occurred during a one-hour period from 10:41 to 11:42 EST on December 16, 2015. During that time, the four users conducted 25 searches using proprietary Hillary for America score data across 11 states.”

The Sanders campaign seemed to verify this claim, albeit while blaming the DNC for his staffers accessing the voter data.

“The DNC’s security failures allowed four Sanders campaign staffers – three junior-level staffers led by a manager who had been hired at the recommendation of the DNC and who was immediately terminated after the incident – to have extremely short-lived access for one hour to Hillary for America’s scoring models, but not to any of Hillary for America’s proprietary voter data.”

The claim that no proprietary data was involved in the voter files breach, though, seems counter to what the DNC stated after the investigation was complete.

“During that time, the four users conducted 25 searches using proprietary Hillary for America score data across 11 states. All of the results of these searches were saved within the VoteBuilder system, with the exception of one instance where a user exported a statistical summary of a search using HFA scoring in New Hampshire.”

Unfortunately, the threat intelligence company did not make its findings public, so whether Bernie had access to proprietary information may never be revealed. Contrary to what Sanders has said in the past, however, it seems information was saved and even exported. Sanders also admitted to this finding:

“While there is evidence that the terminated staffer may have exported a summary data table, the independent investigation of Sanders campaign computers could not locate that file and no one in the Sanders campaign has ever seen that file.”

So we have Sanders and the DNC agreeing that four staffers with the Bernie 2016 campaign improperly gained access to Hillary’s voter files over an hour period. Both agree that information was downloaded through the breach. And after the investigation was complete, Sanders decided it was time to drop his lawsuit.

All cut and dry, right? Wrong. One writer, who was actually able to secure over 6,000 social media shares thanks to a misleading title, released a blog called “Bernie Sanders Withdraws Lawsuit Against DNC After Being Proven Correct About Data Breach.”

Now keep in mind that the only thing proven was that the DNC was correct that Bernie staffers had accessed the information. Bernie even agreed with the threat intelligence assessment that showed information was actually downloaded from Hillary’s files – which he previously claimed never happened. Yet the writer still had the nerve to say this:

“There are two important points. First, the DNC needs to do a better job of securing its voter files… The independent investigation found that Sanders didn’t steal any data, had no access to the Clinton campaign’s strategy or data, and did nothing wrong.”

Don’t worry: it’s not you who’s experiencing cognitive dissonance. After blaming the DNC for a Bernie staffer downloading data inappropriately, the writer said “Sanders didn’t steal any data,” yet Sanders said “there is evidence that the terminated staffer may have exported a summary data table.”

If you delve deeper into Sanders’ statement, however, it becomes obvious where the writer got his inspiration:

Strangely enough, these were the first few sentences of the statement. But then we remember this statement, “there is evidence that the terminated staffer may have exported a summary data table,” where Sanders admits that data was exported during the voter files breach.

Yes, this is enough to make even the sanest Democratic voter go crazy. What we have here is the Sanders campaign wholeheartedly agreeing with the DNC… all while saying the DNC was wrong. Fortunately, the threat assessment company got to the bottom of it, and whatever they found was enough to make Sanders finally drop his lawsuit.