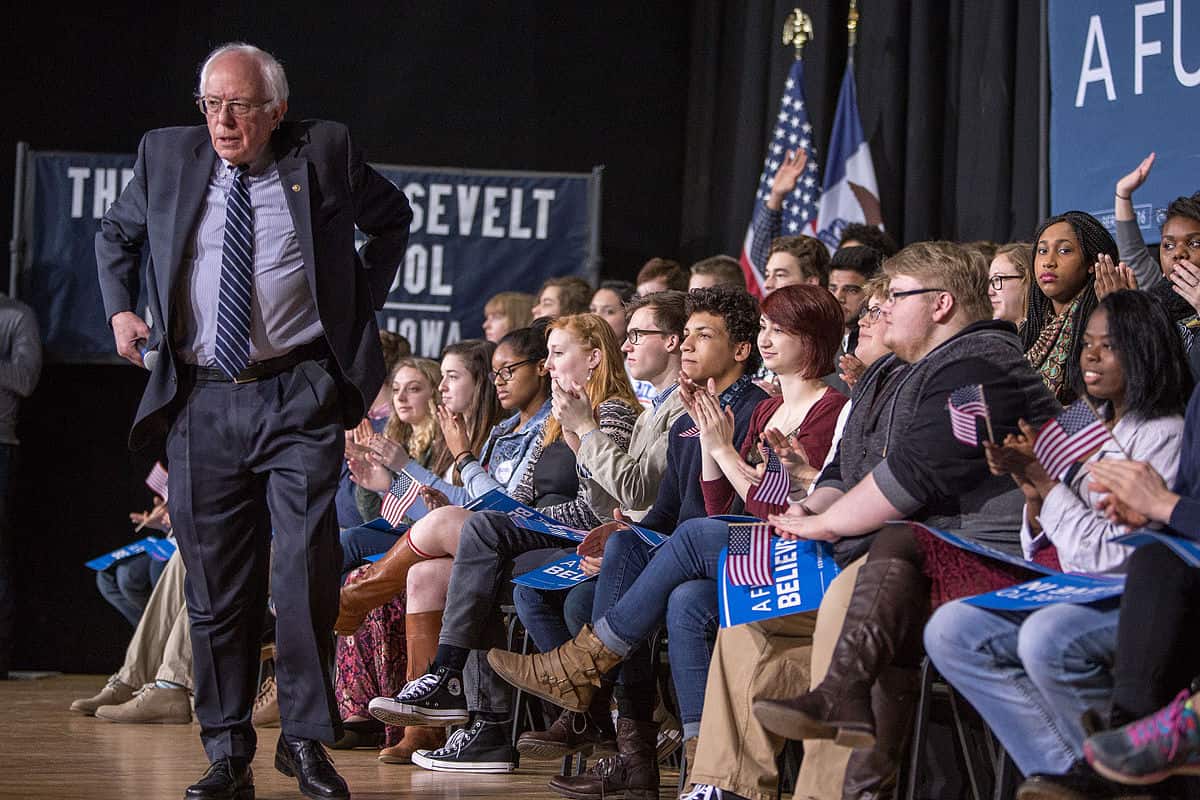 No Amount Of Koch Money Can Buy The Appeal That Bernie Sanders Has To Young Voters.

It’s no secret that Bernie Sanders is favored by millennial voters, and because of this support, he inspires the best memes on the internet. Hands down, no amount of Koch money can pay for this kind of dankness. Sanders is a standout candidate and his online following reflects that. Donald Trump also has a large following on social media and pull with millennials, but his followers can’t muster more than a “Trump 2016” in comment sections and quite frankly, their memes blow. What Trump followers lack in creativity, they make up for in racism, and racism is not funny or memeworthy.

And to millennial voters, Clinton’s outreach to them is sort of like this:

Clinton just isn’t getting it and she knows it. Millennials are important, they helped drive the vote to President Obama back in 2008, rarely are they appealed to by establishment politicians. They are the future of the country, yet they are cut completely out of the process.

So Sit Back And Check Out 35 Of The Best Bernie Sanders Memes:

So why are memes so important to the Sanders campaign? Memes are more appealing to younger voters than political ads that depict candidates frolicking through a meadow holding hands with America. My colleague Timothy Bertrand explains further in his piece titled “Can science explain the appeal of Bernie Sanders?”

“But what do memes have to do with Bernie Sanders? It’s all about the emotional reaction they provoke.

“There is strong evidence suggesting memes may be most successful at replicating when they provoke a strong emotional reaction from their “host” brain. This can be demonstrated with the following thought-experiment:

“You are told two stories, back-to-back. Both of them are about a man taking a trip to the DMV. In the first story, the man waits a long time and is finally called up to the front desk. He renews his driver’s license, takes a new picture for his ID, then heads home.

“The second story likewise has the man waiting for a long time before being called up to the front desk. He renews his license and goes to take a new picture for his identification card. This time, however, a humorous detail is added: the man sneezes mid-photograph, contorting his face into a ridiculous arrangement. The woman at the front desk tells him he is only allowed one picture, so the man takes to contorting his face grotesquely when showing others his ID.

“Which story would you be more likely to repeat? When you do repeat the story, the details may change, but the meme which says “You’re only allowed one picture at the DMV” may now have a very good chance of replicating, or spreading to other people. This “essence” of the story will be passed along in various forms.”

In other words, this is how young people communicate to each other that they are #FeelingtheBern. Sure one could easily say, I’m voting for Sanders because he’s an awesome politician, I like his universal health care plan, I like his stance on college tuition and the middle class, but why say all that when you can say it all with a simple meme?

Warning! Blizzard Of 2016 Brings Gusts Of Snow And Flurries Of Socialism