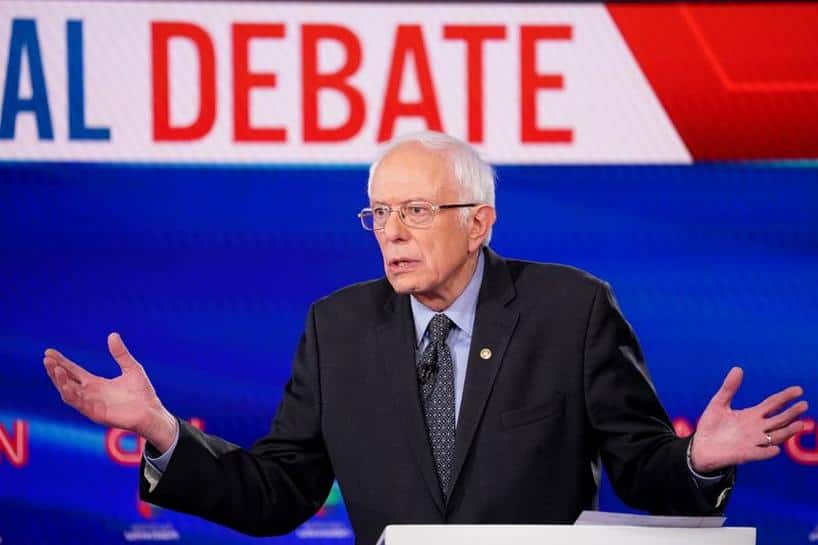 Bernie Sanders is determined to change the state of healthcare in the United States and more and more Democrats are embracing his vision.

Bernie’s goal is simple: Federally funded healthcare coverage for every American! In order to get closer to achieving his lofty goal of extending Medicare coverage to everyone, not just those over 65 years of age, he will be introducing his “Medicare-for-All” bill on Wednesday.

As Newsweek reports, it already has some solid support from within the party, including Elizabeth Warren who has announced that she will be co-sponsoring the bill. And her reasons, as outlined in a statement on her website, are rooted in compassion and an understanding that when it comes to healthcare the US is dragging its feet.

There is something fundamentally wrong when one of the richest and most powerful countries on the planet can’t make sure that a person can afford to see a doctor when they’re sick. This isn’t any way to live.

I believe it’s time to take a step back and ask: what is the best way to deliver high quality, low cost health care to all Americans? Everything should be on the table – and that’s why I’m co-sponsoring Bernie Sanders’ Medicare for All bill that will be introduced later this month.

Imagine that. A nation where every citizen gets access to healthcare. It shouldn’t be seen as revolutionary and radical as it is. As Quartz points out, the US is the only industrialized nation that doesn’t offer some kind of universal healthcare. Bernie is aiming to change that.

RELATED: Bernie Sanders Is STILL The Candidate The Democrats Should Nominate – Here’s Why

Another co-sponsor is Senator Kamala Harris who feels that, “[i]t’s not just about what is morally and ethically right, it also makes sense just from a fiscal standpoint.”

And, yet another big name Democrat getting behind Bernie Sanders? Think Progress reports that popular New Jersey Senator Cory Booker announced during an interview on NJTV that he is also on board for reasons that echo Warren and Harris.

“You should not be punished because you are working class or poor…. I think health care should be a right to all. Obamacare was a first step in advancing this country, but I won’t rest until every American has a basic security that comes with having access to affordable health care.”

It’s clear that the idea of healthcare for everyone is catching on and the time might be right for real progress on the issue. Obamacare was a good start, but now the Dems seem to be adopting a much more comprehensive approach thanks to Sanders. After all, as more and more progressives are realizing that healthcare IS a right, not a privilege to be enjoyed only by a select few in society.

REPORT: Robert Mueller is ‘Going for the Kill’ on the Trump Administration