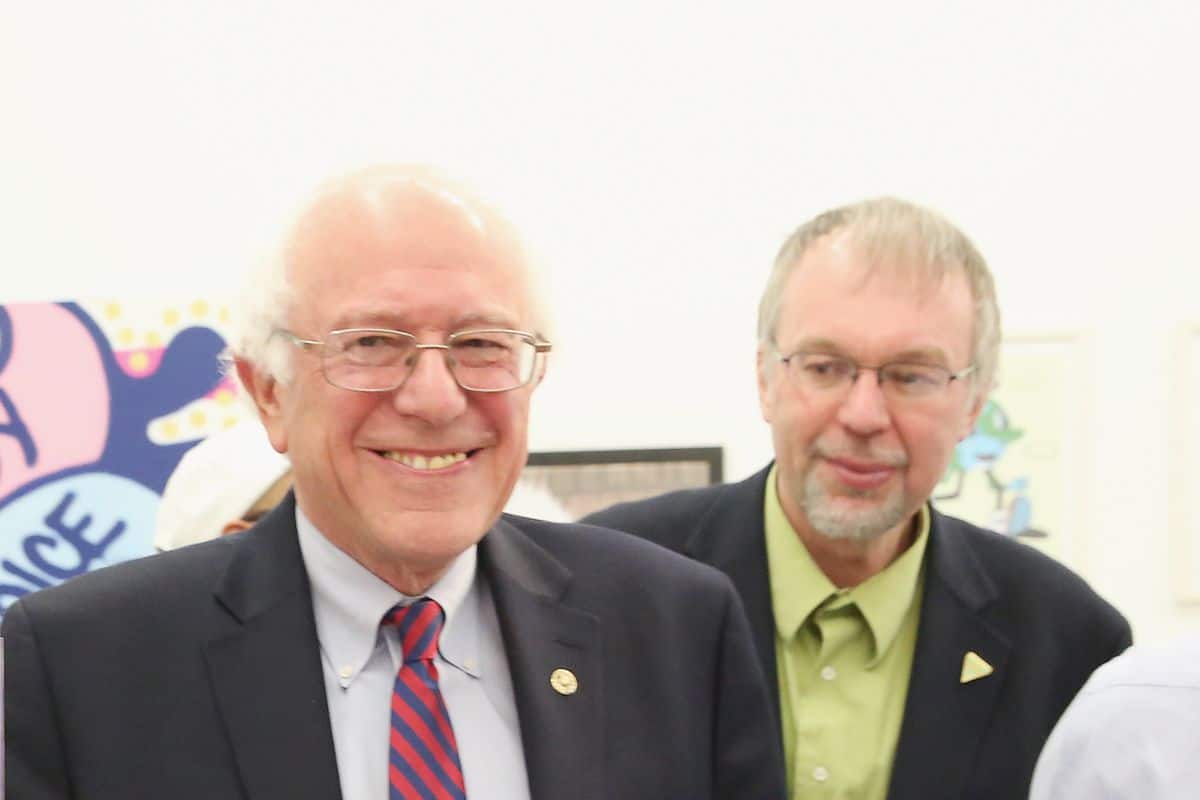 If Bernie Sanders Is Obama 2.0, Can Hillary Clinton Do Anything About It?

In September, I asked a simple question of the Hillary Clinton vs. Bernie Sanders fight for the Democratic nomination: Is Bernie Sanders Going To Be Obama 2.0 For Hillary Clinton? At the time, Sanders showed promise and momentum, but the mainstream media remained reluctant to mention Sanders or take him seriously.

Then a curious thing happened.

Not only have media sources started talking up Bernie Sanders, but many have also begun to talk about Hillary Clinton in a comparatively negative light. I’m not kidding. As someone who has worked hard to stay away from getting involved in the emotional mudslinging among Democrats (Going through it in 2007-2008 was bad enough…), I was hard pressed to find a non-negatively skewed story about Clinton. They are getting increasingly SCARCE, whereas few months ago, this would have been unimaginable.

With perceptions changing, and the Iowa primary a little over a week away, it’s time to face facts: Bernie Sanders is Obama 2.0 for Hillary Clinton. He’s the ghost of politics past.

Shades of 2008, which Sanders himself acknowledged, don’t necessarily mean Clinton’s defeat is inevitable. It’s just a fair comparison to make.

In this Democratic race, you have a grassroots candidate who sets himself up as the classic outsider. He’s a man of change who wishes to challenge the establishment that Hillary Clinton is painted as very much part of. Hillary chooses to emphasize her experience and how making her the first woman president will be a historic and vital force of change in its own right.

That’s was pretty close to how things looked in 2008, and for Clinton, this might be a huge problem. After all, the saying goes that those who don’t learn from history are doomed to repeat it. Is Hillary repeating past mistakes? An unearthed 2008 article published by Atlantic should be cause for concern among the top advisors to Hilary Clinton.

Hillary Clinton As The “Inevitable” Candidate.

Clinton was already under attack for an attitude of “inevitability”—the charge being that she imperiously viewed the primary process as a ratifying formality and would not deign to compete for what she felt she was owed. Penn’s memo makes clear that what she intended to project was “leadership” and “strength,” and that he had carefully created an image for her with that in mind. He believed that he had identified a winning coalition and knew which buttons to press to mobilize it….

The above is a direct excerpt from that Atlantic article, documenting in the immediate aftermath exactly what went wrong for Hillary Clinton.

It was determind that one of the most polarizing aspects of Clinton’s 2008 campaign was that she seemed to presume that not only was it her right to be president but it was “her turn.” Of course, this image can be for the most part blamed on Mark Penn, who was the chief strategist, pollster, and mastermind behind Hillary’s previous run at the White House. In fact, Penn made such a major mess of things the first time around that Mother Jones wrote that quite a few people REFUSED OUTRIGHT to help Hillary’s second go at the presidency if he was anywhere near the campaign.

Safe to say Mark left quite the impression. So much so that Hillary’s current campaign set up seems to be more of a throwback to his set up of Hillary Clinton as the inevitable nominee and future president. Oh and of course, the history-making first woman president.

Pushing Hillary Clinton As The First (And Only) Woman President.

“As this race unfolds, the winning coalition for us is clearer and clearer. There are three demographic variables that explain almost all of the voters in the primary—gender, party, and income. [We] win women, lower classes, and Democrats (about 3 to 1 in our favor).

[Our] winning strategy builds from a base of women, builds on top of that a lower and middle class constituency, and seeks to minimize his advantages with the high class democrats. If we double perform with WOMEN, LOWER AND MIDDLE CLASS VOTERS, then we have about 55% of the voters…”

Hillary Clinton’s base has been and remains women voters, some intentionally lured by the idea of finally having a woman president. And it remains pretty much the centerpiece of her campaign. So much so that I’m genuinely baffled that people were surprised that Planned Parenthood — a historic woman’s organization — would come out in support.

Clinton’s platform isn’t merely inevitability for inevitability’s sake; it’s played as destiny to become “first female American president.” On its face, this should be an incredible sign of progress — that a woman leading the nation is unavoidable, that the United States is indeed improving regarding gender roles and equality. And yet it came across as extremely grating.

It’s looking like 2008 all over again, only this time Bernie Sanders is Obama.

I find that eight years later, the reception to this approach remains extremely grating for a reason that can be summed up like this: Yes, there SHOULD be a woman president, but that doesn’t mean it has to be Hillary Clinton or no one at all. I actually feel that Hillary’s presumption of the woman vote is as dangerous for her campaign today as it was eight years ago. Bernie Sanders isn’t exactly unpopular among women.

Not to mention, he’s in a better position to take on the role as champion of the lower classes and left-leaning Democrat.

Talking Up Her Experience.

Attacking Bernie Sanders on his gun voting history is as close as Hillary Clinton can probably get to taking on her opponent in terms of experience. “Experience” was a topic that the 2008 Clinton campaign was sure would win them votes over the unknown Barack Obama. Eight years later, it’s a subject that actually works against her. In actuality, I feel this is a topic that’s never really worked for Clinton.

Hillary is going to have to take a hammer to that “inevitable woman president” image. The good news is that if she loses enough states (which is a very real possibility), it can cast her in a vulnerable enough light that when she tells her supporters she’s truly counting on them, it will feel genuine.

Her mudslinging antics need to stop, and she’s going to have to lose Debbie Wasserman Shultz‘s number.

Hillary has a short window of time to try to separate herself from her past and current mistakes in as many ways as possible. If Bernie Sanders Is Obama 2.0 and begins to look like the inevitable winner for that reason, Clinton is going to struggle to find a narrative for herself that isn’t “destined to lose.”