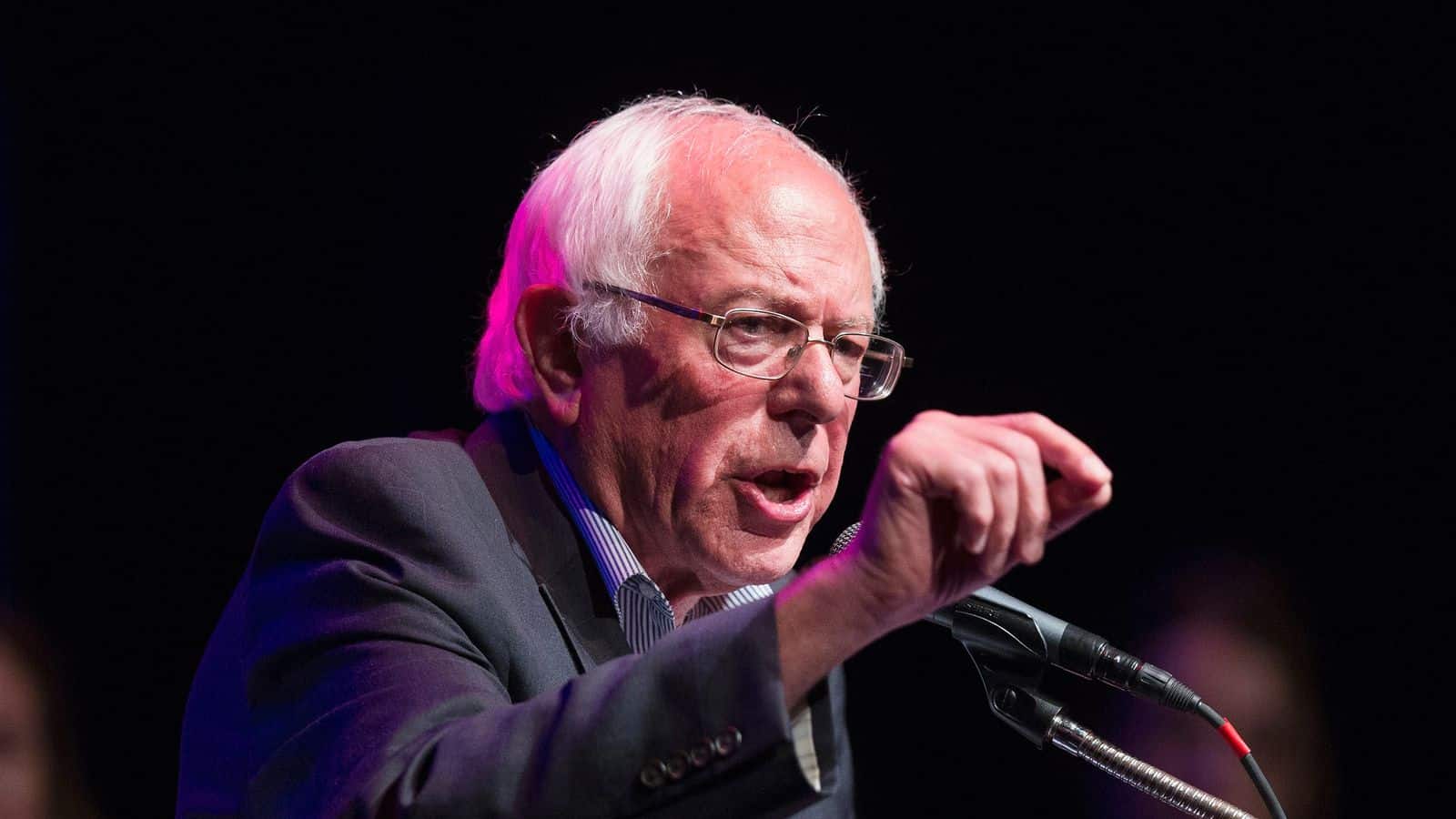 Vermont Senator Bernie Sanders visited Liberty University today and spoke to its religious conservative students about his political platform in a context they might just understand.

Liberty University is a Christian non-profit school, located in Lynchburg, VA, which harbors a large population of conservative students. In fact, Texas Senator Ted Cruz made his campaign announcement at the university in March.

After several prayers and nonsecular songs were played by a live band, Sen. Bernie Sanders made his way to the podium where the school leader, Jerry Falwell Jr., gifted Sanders with his own Liberty University football jersey. The tension felt palpable, after garnering strained applause welcoming him to speak. The audience had expectations, but Sanders was nonplussed. In his opening statement he shared his obvious difference of opinions on supporting women’s reproductive rights and gay rights and marriage, but urged the audience to keep an open mind, saying:

“I came here today, because I believe from the bottom of my heart, that it is vitally important for those of us who hold different views to be able to engage in a civil discourse.”

And the crowd goes wild! It was inspiring.

Sanders continued, saying it’s easy for politicians to speak to people that agree with them, but that it’s important to find common grounds with all Americans.

And then Sanders brings out the Bible, in order to put his platform into a Christian context. It was brilliant. First, he cites Matthew 7:12, which states:

“So in everything, do unto others as you would have them do to you for this sums up the law and the prophets, that is the golden rule.”

Let me frank, as I said a moment ago, I understand that the issues of abortion and gay marriage are issues that you feel very strongly about. We disagree on those issues. I get that. But, let me respectfully suggest that there are other issues out there that are of enormous consequence to our country and , in fact, to the entire world. That maybe, just maybe, we do not disagree on. And maybe, just maybe, we can work together to resolve them.

Then Sanders talks about morality and justice, telling the students that the country is unjust. This draws isolated applause, but the Vermont Senator then takes the crowd to church on the issues of homelessness, wealth inequality, child hunger, child poverty, and our criminal justice system. He highlights that it is unjust for a handful of people to have more wealth than they know what to do with paying a low tax rate while children are starving and parents aren’t sure if they will have a roof over their head. The audience seemed extremely receptive to his platform.

When Sanders tells the crowd that almost all of America’s wealth is going to the top one percent, the crowd cheers his words.

Sanders brilliantly frames the conversation for paid family and medical leave after children are born into a family values context.

You know there is a lot of talk in this country from politicians about family values. You’ve all heard that. Well, let me tell you about a family value. In my view, there is no justice when low-income and working-class mothers are forced to separate from their babies one or two weeks after birth and go back to work because they need the money that their jobs provide.

All of us believe in family values. Jane and I have four kids, we have seven beautiful grandchildren. We believe in family values. But it is not a family value, when all of you know, that the most important moments in time of a human being’s life is the first weeks and months after that baby is born. That is the moment when mother bonds with the baby, gets to love and know her baby when dad is there. That is a moment, you parents know what an unforgettable, what an important moment that is. And I want you to think, whether you believe it is a family value when the United States is the only, only major country on Earth that does not provide paid family and medical leave.

Sanders then says that the country has come to worship the acquisition of wealth, and that he thinks that isn’t the right direction for our country to be heading.

More applause. At this point, I’m beginning to wonder if Liberty University is really as conservative as everybody thinks they are. It was astonishing how receptive they were to Sanders’ message.

At the end, several within the audience stood and cheered the Sanders liberals have come to know and love. It’s quite inspirational that a staunchly religious and conservative school would give the democratic candidate a chance to speak. There’s no telling if the students were swayed, but Sanders gave a wonderful speech.

When Sen. Cruz spoke at the school earlier this year, students trolled his speech on Yik Yak. Sanders also had his detractors because of his stances on abortion and gay rights, but the crowd seemed to enjoy his speech. One student wrote an essay for The Atlantic, which shows that there may be a niche for Sanders to bring to his base.