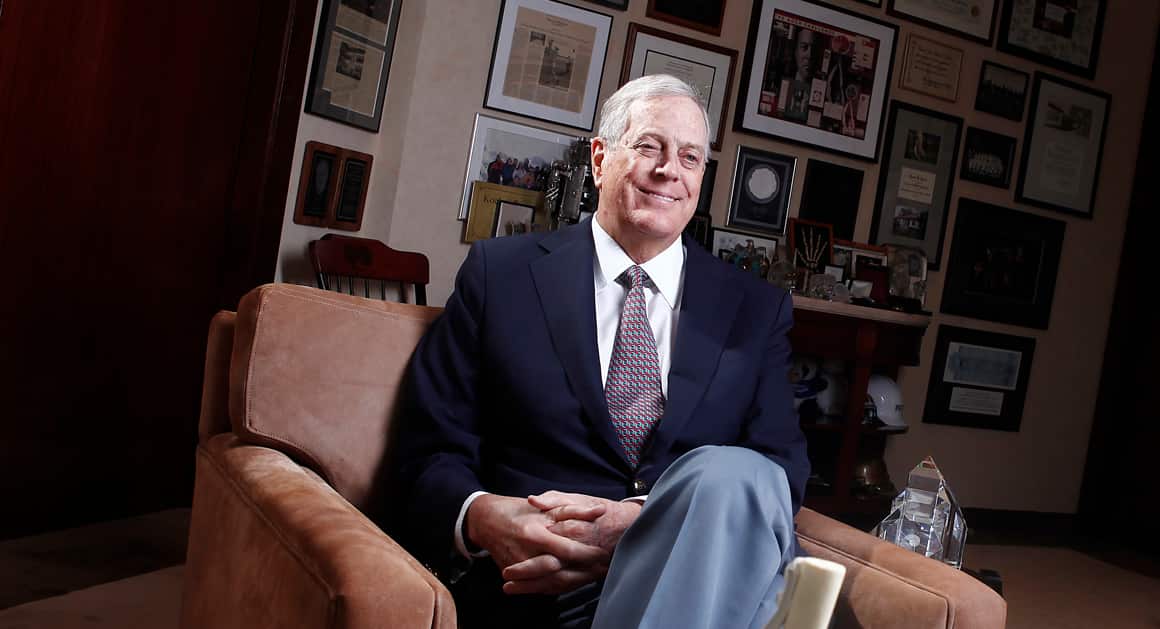 The billionaire Koch brothers have long been a seemingly endless money pipeline for Republicans, and will surely invest millions in the 2016 elections. And while they will throw money at whichever GOP presidential candidate ends up driving their clown car, they do have a preference for who they want at the wheel… None other than Wisconsin Governor Scott Walker.

David Koch made the announcement on Monday when he spoke at a fundraising event put on by New York State Republican Party. His statement in support of Walker, as reported by the New York Times, was plain and simple:

“We will support whoever the candidate is. But it should be Scott Walker.”

Lest you think who the Koch brothers support for president in 2016 is no big deal, consider that they are prepared to cram almost $1 billion into their expansive network of political organizations and super PACs in support of Republican candidates. That will buy plenty of air time for both Hillary-bashing and GOP supporting campaign ads.

Walker has yet to declare his candidacy for the 2016 presidential race, but it is expected that he will run, joining a GOP circus which may end up with close to a dozen candidates when all is said and done.

Why are the Koch brothers choosing Walker ahead of Ted Cruz, Jeb Bush, Bobby Jindal, Mike Huckabee, and the rest of the GOP field? Maybe because Walker essentially has already been bought and paid for by the Kochs, more so than any other candidate has. Last summer, Salon highlighted just how in bed Walker is with the Kochs. In layman’s terms, he’s way under the covers. One of the goals of the Koch brothers is to bust labor unions, and Walker has been a willing ally.

As Salon put it:

“Wisconsin is ground zero in the battle over whether the Kochs’ vision of a low-tax, union-free neo-feudalism prevails, and Gov. Scott Walker is a wholly owned Koch subsidiary.”

“We’ve been very blessed because of your support of this seminar. We’ve really had no stronger partner over the last four years than Americans for Prosperity. So thank you for all that you do.”

“All that you do” includes helping to break up labor unions, something that Cox bragged about being accomplished in Wisconsin, as the Salon article reveals:

“In Wisconsin, because of your support, the 2012 recall, uh, the, the story is very clear. Governor Walker’s reforms are working… And a statistic I think you’ll all care about, given how heavily involved AFP and other groups were in the recall: since the collective bargaining reforms were in place, teachers’ union membership in Wisconsin is down (inaudible) percent.”

[Local news reports put that figure at 30 to 60 percent.]

So it’s pretty obvious what a Scott Walker presidency would entail. Attempts to kowtow labor rights and pass corporate-friendly policies which will only serve to further separate the wealthy from the working class economically, for starters.

The Koch brothers are sociopaths, who care only about their own self-interests and not about 99 percent of Americans. Scott Walker is obviously the candidate most willing to be a stooge for the Kochs, and with Congress likely to remain in GOP hands in 2016, we cannot let this man (or ANY Republican) win the presidency.

Michelle Manhart “Flag Save” Also Posed Nude With it