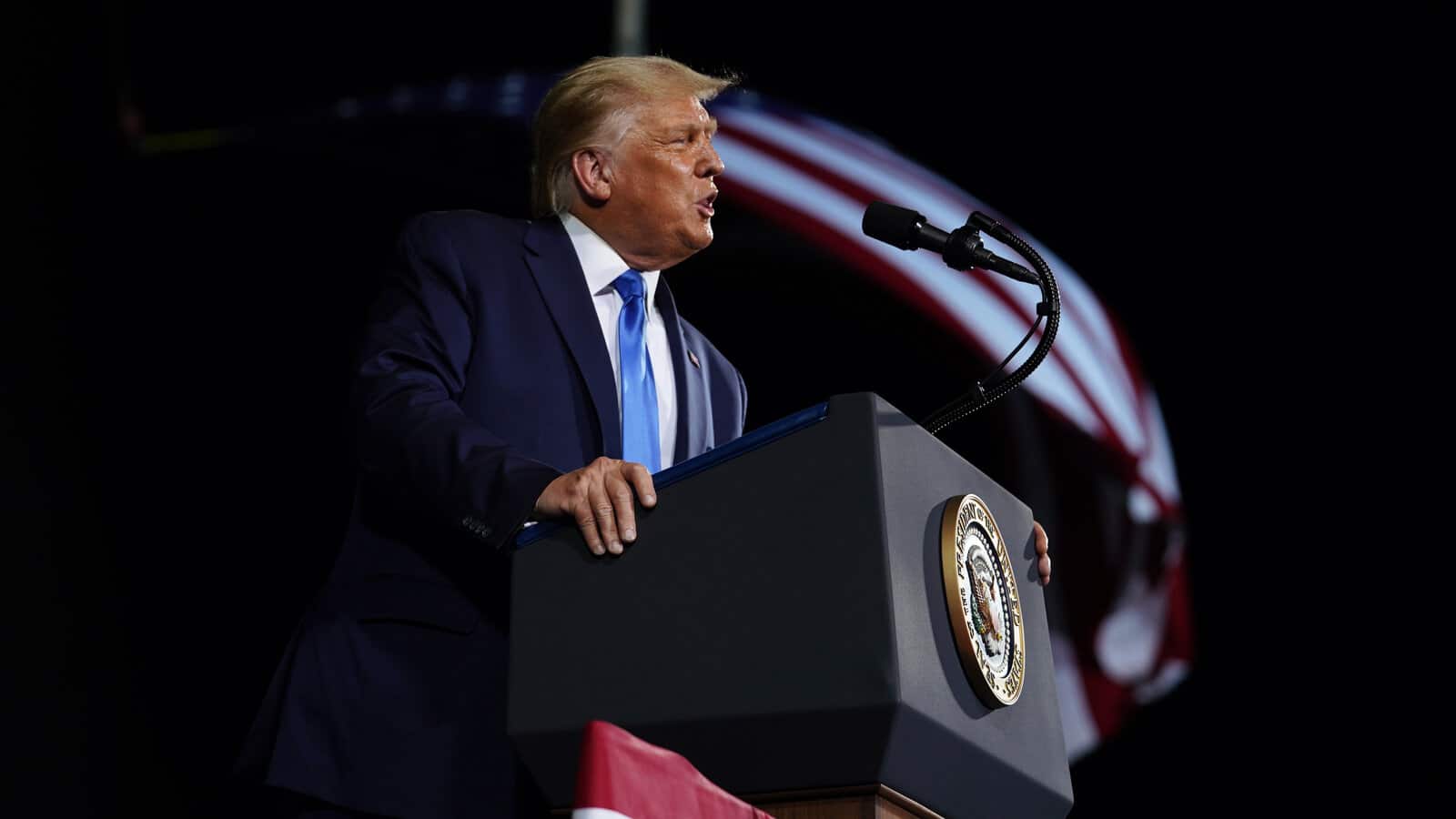 Why Did Security Escort 30 Black Students From A Trump Rally At Valdosta State University — Their Own School — When They Weren’t Doing Anything Wrong?

.On Monday night, security removed about 30 black students from a Trump rally at Valdosta State University in Georgia. That’s right. On the eve of Super Tuesday, Donald Trump had security escort 30 students out of an event that was taking place at their own school for no reason.

The black students from Valdosta State stood quietly in one of the top rows of the bleachers. They weren’t holding up signs or shouting anything, though that would have been within their rights. In fact, the thousands of white people packing the stadium seemed far more rowdy than them. Apparently, they got kicked out of the Trump rally just because they were black.

“We didn’t plan to do anything. They said, ‘This is Trump’s property; it’s a private event.’ But I paid my tuition to be here.”

Maybe Davis and her fellow Valdosta State students had something planned. But guess what? First of all: Being black and hanging out with a group of other black people does not make you a Black Lives Matter protester or any other sort of “threat.” Second of all: The Donald Trump rally was being held at their school, for which they’re paying tuition. It doesn’t matter whether their tuition comes from these black students’ families, scholarships, their own earnings, or the damned lottery, it’s their school and they have every right to be there.

Yet, what happened to the black students at Valdosta State’s Donald Trump rally reveals a disturbing pattern. Earlier that day, at another Trump rally in Virginia, Donald Trump’s campaign sicced one of his Secret Service agents on Time magazine’s Christopher Morris. The appalling incident, in which a renowned photojournalist gets brutally assaulted by a taxpayer-funded Secret Service agent, was caught on multiple videos.

And why did Trump’s secret service agent assault the photographer? Because he stepped 18-inches past the boundary while photographing a group of Black Lives Matter protesters being escorted out.

Donald Trump’s spokeswoman Donna Hicks (who must surely feel dizzy from being on constant spin patrol) huffily emailed reporters to insist this never happened, despite all the journalists, and eye witnesses present, plus the video footage.

“There is no truth to this whatsoever. the campaign had no knowledge of this incident.”

Yet it still seems like an awful lot of taxpayer dollars are going towards preventing protesters from exercising their right to free speech at Donald Trump rallies, and now, to keep black people away from Donald Trump events because they might be protesters. CNN reports that while one of Donald Trump’s Secret Service agents “oversaw the removal of the black students, the dirty work was accomplished by a combination of (also taxpayer funded!) local law enforcement and event security personnel.

Kevin Dye, a US Secret Service spokesman, told CNN that agents aren’t supposed to be involved with protesters, they’re there to handle actual threats to the person they’re assigned to protect:

“If a group at an event protests, it does not become an issue with the United States Secret Service unless our protectee is threatened,” said Kevin Dye, a spokesman for Secret Service. He said it’s not uncommon for Secret Service agents to monitor these situations, but they do not actively participate in removing protesters.”

“Protestors” escorted out of Trump Valdosta event before it begins.

USA Today‘s Jennifer Jacobs caught the Valdosta University students on video as they tried to explain themselves to the security guards.