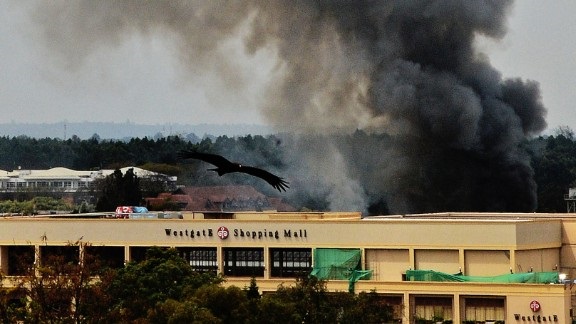 On Dec. 21, a group of extremists in Kenya who identified with the al-Shabaab militant group of Somalia stormed a bus that was carrying both Kenyan Muslims and Christians through the Somali-Kenyan border town of Mandera in an attempt to segregate the Muslims from the Christians. The intent was clear – whomever was a Christian was a target for al-Shabaab – and the Muslim riders would give them up.

The CNN coverage can be seem summed up in this video:

Unfortunately for them the majority of the group -– who were Kenyan Muslims – armed their Christian counterparts with religious clothing and a vow of secrecy should they be interrogated by the al-Shabaab militants. Not to mention the group acted as a collective whole offering their opinion on religious segregation. An article published by Quartz Africa quoted one Muslim rider named Abdi Mohamud Abdi saying:

“The militants threatened to shoot us but we still refused and protected our brothers and sisters…we even gave some non-Muslims our religious attire to wear in the bus so that they would not be identified easily. We stuck together tightly.”

The Somalian extremist group al-Shabaab has been involved in some pretty significant religiously driven attacks in the last year. They were responsible for the mass murder of 147 college students at Garissa University in Kenya along with 28 more victims on a bus passing through Mandera.

They weren’t so effective this time in separating the riders by religion but they did manage to kill a traffic officer and conductor who were caught up in the attempted attack.

If you turned on a news network these days it might seem like there is this massive war of divine beliefs, one that would pin people of Islamic beliefs against those of Christianity. The only problem is that events like the attempted Mandera attack on the 21st of December prove otherwise.  After the event Joseph Ole Nkaissery told CNN this:

“We are all Kenyans, we are not separated by religion…We are one people as a nation. And this is a very good message from my brothers and sisters from the Muslim community”

Although some American culture might be hinting a different direction the fact that there is still unity in areas of the world where this animosity is happening firsthand is a positive. And in a time where the Third Reich-esque Donald Trump has activated a sleeping giant-population of bigotry filled American voters, understanding what it means to work together is more important than ever.

In a recent article published by The Washington Post the Evangelical theologian Russell Moore said – among other things – this:

“Christians ought to stand up for religious liberty not just when our rights are violated but on behalf of others, too.”

As tensions between religions groups throughout the world seem to tighten there is a growing necessity for realizing the powerful nature of unity between all religions in a joint effort of religious liberty.