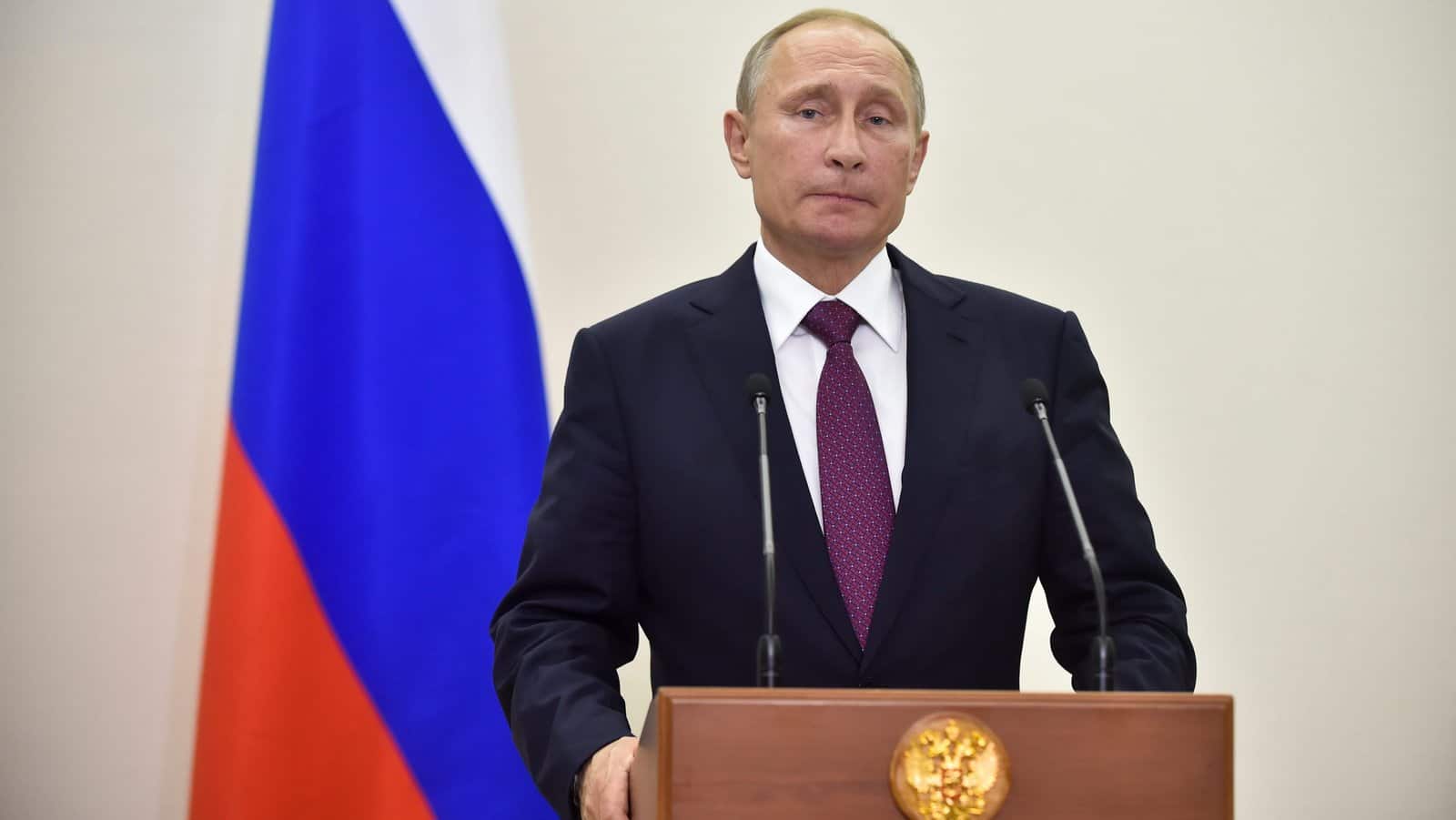 US intelligence officials are digging deep into a top Trump adviser’s ties to the Kremlin, according to an alarming report published in Yahoo News on Friday. They are concerned that he may be acting as a back channel between Republican presidential candidate Donald Trump and Russian president Vladimir Putin. The most alarming thing of all is what may have been discussed.

Carter Page is one of Donald Trump’s top foreign policy advisers, as the campaign announced in March. As soon as his position was announced, a broad spectrum of commentators found it a bizarre choice, and noted direct conflicts of interest for Page, who has close ties to Russian oligarchs, and is directly invested in the Russian state-owned energy giant, Gazprom. From Bloomberg to the Washington Post to the National Review, Page raised a lot of eyebrows in March. Then in August, Page went to Moscow, bashed US foreign policy in a speech delivered in Moscow, and days after he returned to the US, the Trump campaign added an unprecedentedly pro-Russian plank to the GOP platform right before the Republican National Convention.  Now it seems that it was not only the media, but US intelligence itself, who thought the cozy relationships were simply too much to be ignored.

US intelligence is looking at the possibility that Page served as a back-channel communications conduit between Trump and Putin, according to Yahoo,

including talks about the possible lifting of economic sanctions if the Republican nominee becomes president, according to multiple sources who have been briefed on the issue.

The investigation is being taken very seriously. Members of Congress have been briefed and were shocked at what they were shown. Yahoo reports,

The activities of Trump adviser Carter Page, who has extensive business interests in Russia, have been discussed with senior members of Congress during recent briefings about suspected efforts by Moscow to influence the presidential election, the sources said. After one of those briefings, Senate minority leader Harry Reid wrote FBI Director James Comey, citing reports of meetings between a Trump adviser (a reference to Page) and “high ranking sanctioned individuals” in Moscow over the summer as evidence of “significant and disturbing ties” between the Trump campaign and the Kremlin that needed to be investigated by the bureau.

Some of those briefed were “taken aback” when they learned about Page’s contacts in Moscow, viewing them as a possible back channel to the Russians that could undercut U.S. foreign policy, said a congressional source familiar with the briefings but who asked for anonymity due to the sensitivity of the subject. The source added that U.S. officials in the briefings indicated that intelligence reports about the adviser’s talks with senior Russian officials close to President Vladimir Putin were being “actively monitored and investigated.”

A senior U.S. law enforcement official did not dispute that characterization when asked for comment by Yahoo News. “It’s on our radar screen,” said the official about Page’s contacts with Russian officials. “It’s being looked at.”

This revelation comes at a particularly inopportune time for the Trump campaign. It has long sought to downplay Trump’s connections to Putin. This is likely to revive serious questions about whether Trump would or could prioritize US national interests as Commander-in-Chief. And with the first debate only days away, Trump could be walking into a buzzsaw of former Secretary of State Hillary Clinton’s sweeping expertise on US foreign policy.

FLASHBACK: That Time Trump Said Clintons Did ‘So Much For The African-Americans’ (AUDIO)

FLASHBACK: That Time Trump Said Clintons Did ‘So Much For The African-Americans’ (AUDIO)