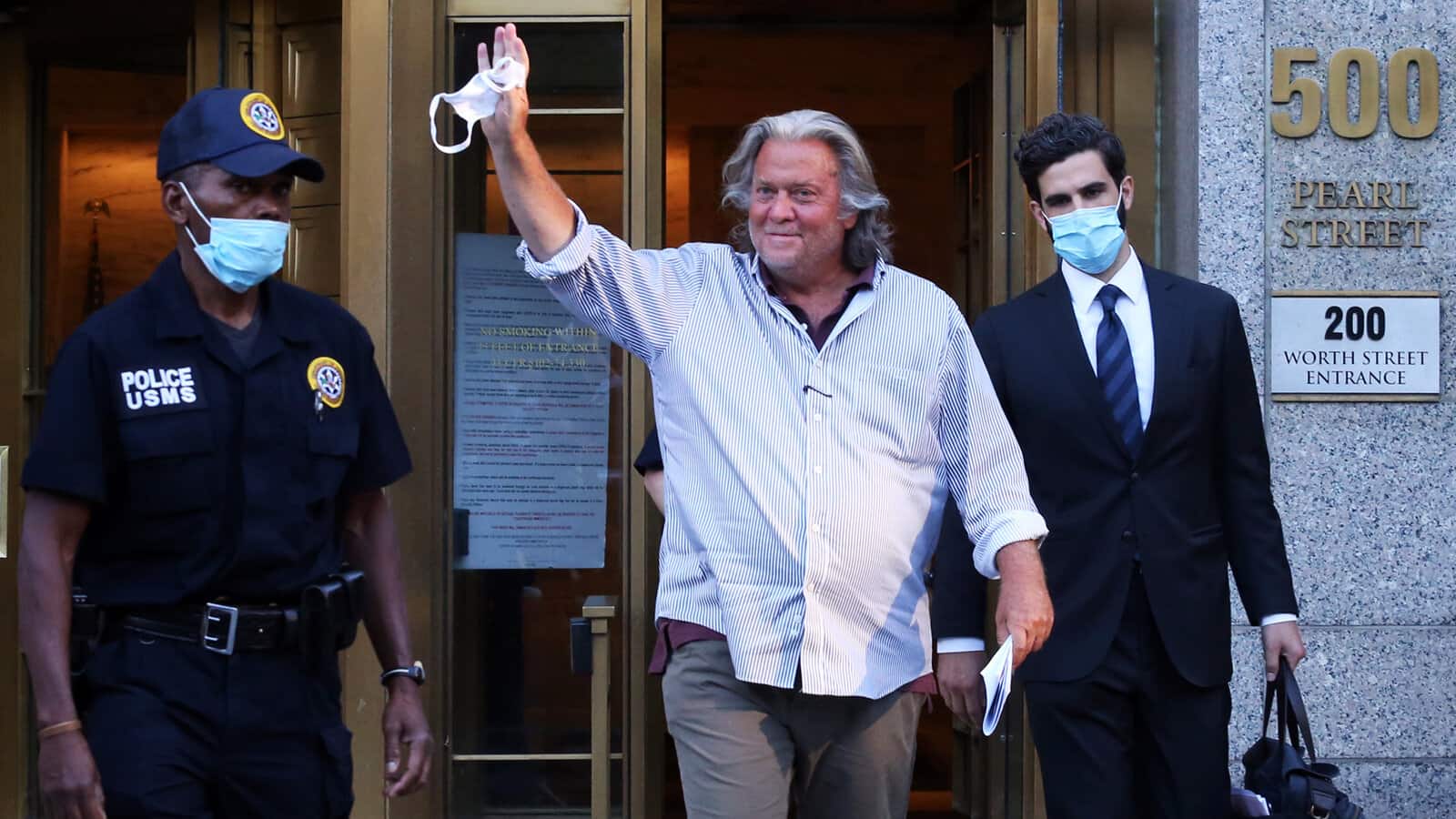 Donald Trump has done some despicable things this campaign season, but this one might just take the cake.

Thursday night, Donald Trump skipped the GOP Debates because Fox News wouldn’t take Megyn Kelly off their panel of moderators. Trump had also demanded that Fox News pay $5 million to his charity because he boosted the channel’s ratings. Fox News declined, and so Donald Trump took to Iowa to raise money for veterans — a brilliant PR cover up but many thought he should have attended the debate instead.

But the real story here is that Donald Trump claimed he was raising money directly for 22 veteran’s charities, but the money was all funneled into one charity — his.

Yes, the website — which features a stock photo of a Ukranian actor dressed as a soldier — claims “100% of your donations will go directly to Veterans needs.” And yes, the fundraiser helped raise money for vets outside of his fundraiser in Iowa. However, the fine print of the site stated all donations will be forwarded to Donald J. Trump’s non-profit foundation. At the time of this publication, Trump’s website, donaldtrumpforvets.com stated that over $640,000 was raised via the website alone.

Iowa was amazing last night. The event could not have worked out better. We raised $6,000,000 for our great vets. They were so happy & proud

And of course all of that money will totally make it to the 22 veteran’s charities, right? Well, maybe, maybe not.

See, Trump isn’t exactly known for his charitable giving to vet’s organizations outside of this fundraiser. In fact, Trump’s charity gave more to the Clinton Foundation than it gave to veterans. Past analysis by the Daily Caller shows:

The high level of pandering here is obvious. Not only is Trump hiding behind veteran’s to avoid Megyn Kelly, but who knows if all the money donated will reach these charities in their entirety. For the vets’ sake, I sure hope it does. But this analysis by Forbes, shows that Trump has been less than giving to vets:

“The Donald J. Trump Foundation has donated $5.5 million to 298 charities between 2009 and 2013 (the most recent year available), according to the non-profit’s 990 tax forms from those years. Of that, only $57,000 has been donated to seven organizations that directly benefit military veterans or their families, Forbes found. Wounded Warriors was not among the organizations Trump’s foundation gave to in that time period.

“Forbes also found that Trump, who we estimate is worth $4.5 billion, has not made personal contributions to his foundation during the same time period. We reached out to his spokespeople for comment, but did not hear back before publishing.”

That’s barely 1 percent of the organization’s donations that made it to veterans’ groups. Also noteworthy is that the charity donated to special interests like Citizens United, which put a veil over campaign financing — which Trump now says he is against — though he donated $100,000 to the group in 2014, according to Karl Rove’s website the Weekly Standard.

And all the money raised by the Trump Foundation comes from outside donors because Trump barely ever ponies up and donates to charity outside of his own special interests.

The Weekly Standard points out:

The Smoking Gun has documented Trump’s overall miserly giving for years. In 1999, the website called Trump “The .00013% Man,” referring to the percentage of his wealth that the foundation had donated. As a percentage of Trump’s overall net worth, the Donald J Trump Foundation’s contributions haven’t increased much in recent years.

So while it’s great that Trump raised money for vets in Iowa last night, Trump didn’t say how much each group will get and when they will receive the donations.

One group, a Kentucky-based Disabled American Veterans (DAV) Charitable Service Trust said the fact that they made Trump’s list did not mean the group had endorsed the candidate. The DAV’s President, Dick Marbes, said in a statement to CBS:

“While we are grateful for this support, it is our sincere wish that all who seek public office will provide the American public with substantive information on their vision for the future of veterans’ healthcare and benefits.”

As far as specifics go, vets have gotten squat from Trump. Americans have heard little more than vague ‘it’s gonna be great’ statements from the billionaire.

And when it came time to give support to a Senator who has tried in the Senate to get things done for vets, Trump, a draft dodger, criticized AZ Senator John McCain for being captured and tortured in Vietnam, telling focus group moderator Frank Luntz:

“He’s not a ‘war hero. He’s a ‘war hero’ because he was captured. I like people that weren’t captured, okay? I hate to tell you.”

In a separate interview, Trump said:

“I’m very disappointed in John McCain, because the vets are horribly treated in this country. I’m fighting for the vets. I’ve done a lot for the vets,” Trump said on July 19. “He’s done nothing to help the vets. And I will tell you, they are living in hell.”

Politifact found that John McCain has done more for veterans than Trump has done in his entire life — the fundraiser included.

This was a political stunt, through and through. Veterans aren’t props to generate votes. They’re people, and while dollars will help, having responsible, insightful and educated policies as a leader will go a lot further to help the men and women who serve, and as far as that goes Trump is bankrupt.