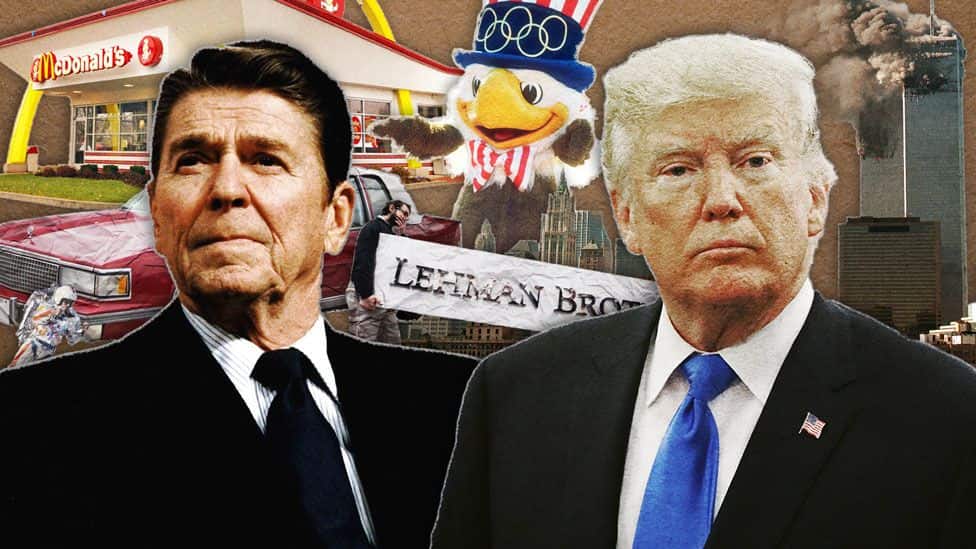 Canadians hate Donald Trump. At least this is the story painted by a new poll by Leger that was commissioned by Montreal newspapers Le Journal de Montréal and Le Devoir.

According to the Huffington Post, over 1,500 Canadians from across the country were asked their views on the US Presidential race. And, Canadians weren’t afraid to say that they are not cool with the idea of Donald Trump being voted in as the leader of the free world.

A whopping 70 percent of Canadians polled said they had a bad opinion of Donald Trump, while 65 said that they were worried, if not outright scared, of Trump becoming the President of the United States. So, yes, it would appear that Canadians hate Donald Trump.

In fact, many Canadians are so disgusted by the Republican presidential hopeful Donald Trump that several petitions have been drawn up to prevent him from entering Canada (similar to petitions put together in Britain), one calling for a life-time ban of the bombastic billionaire over his proposal to ban Muslims from entering the US in his quest to make America great again.

“… Republican Presidential candidate Donald Trump has called for a complete, blanket ban to prevent any muslim from entering the US for any reason. His ban could prevent over a million Muslim Canadians from crossing the border. Coming from an American presidential nominee, this level of xenophobia and hatred is nothing short of jaw dropping and incredibly dangerous. Canada’s criminal code outlaws hate propaganda, and Canada should ban Donald Trump from entering Canada and spreading his hate-mongering. For life.”

This particular petition on leadnow.ca has received 16,688 signatures so far.

As the CBC reported in December, 2015 however, that there is a contingent of Canadians who do agree with Trumpand his proposal to bar Muslims from entering the US. Of voters who support Canada’s Conservative party (surprise, surprise), 55 percent thought Trump was on the money with his plan. That wasn’t far off the Republican voter approval of 59 percent according to an Angus Reid Institute survey.

However, voters who support the Liberal party or the left-wing New Democrat Party (NDP) rejected Trump’s idea, with 82 percent and 77 percent respectively, which leaves the majority of Canadians saying the policy idea stinks. Bernie Sanders, however, seems to be a candidate of choice for many Canadians which makes sense given that in Canada his ideas are already part of the Canadian political and social landscape, and in some ways, the man who is considered to be America’s “socialist” candidate, Sanders is not as progressive on some issues in relation to Canada, Huffington Post Canada Politics points out.

Some Bernie loving Canadians began a Facebook page called “Canadians for Bernie Sanders 2016”. And, according to the Toronto Star, one Canadian, Kim De Lutis, who has lived in New Hampshire for 21 years is finally seeking dual citizenship in the US in order to vote for Bernie Sanders.

“He was definitely the first candidate that spurred me to want to vote. It definitely spurred me to get my citizenship … He’s inspired a political revolution.” And, well, it looks like if Donald Trump wins, the population of Canada may explode.

“If Donald Trump becomes president I’m moving to Canada, they got Tim Hortons so I’ll be good”

The fact that Donald Trump has supporters makes me want to move to Canada. — Lindsey (@OoohLaLaLindsey) February 9, 2016

it seriously scares me how possible it is for donald trump to become the republican candidate I feel like moving to canada — sarah (@_drellaaa) February 9, 2016

Given the poll results, it seems that if Trump does get elected, Canadians may greet their dissenting American neighbours with open arms. Why? Because Canadians hate Donald Trump.