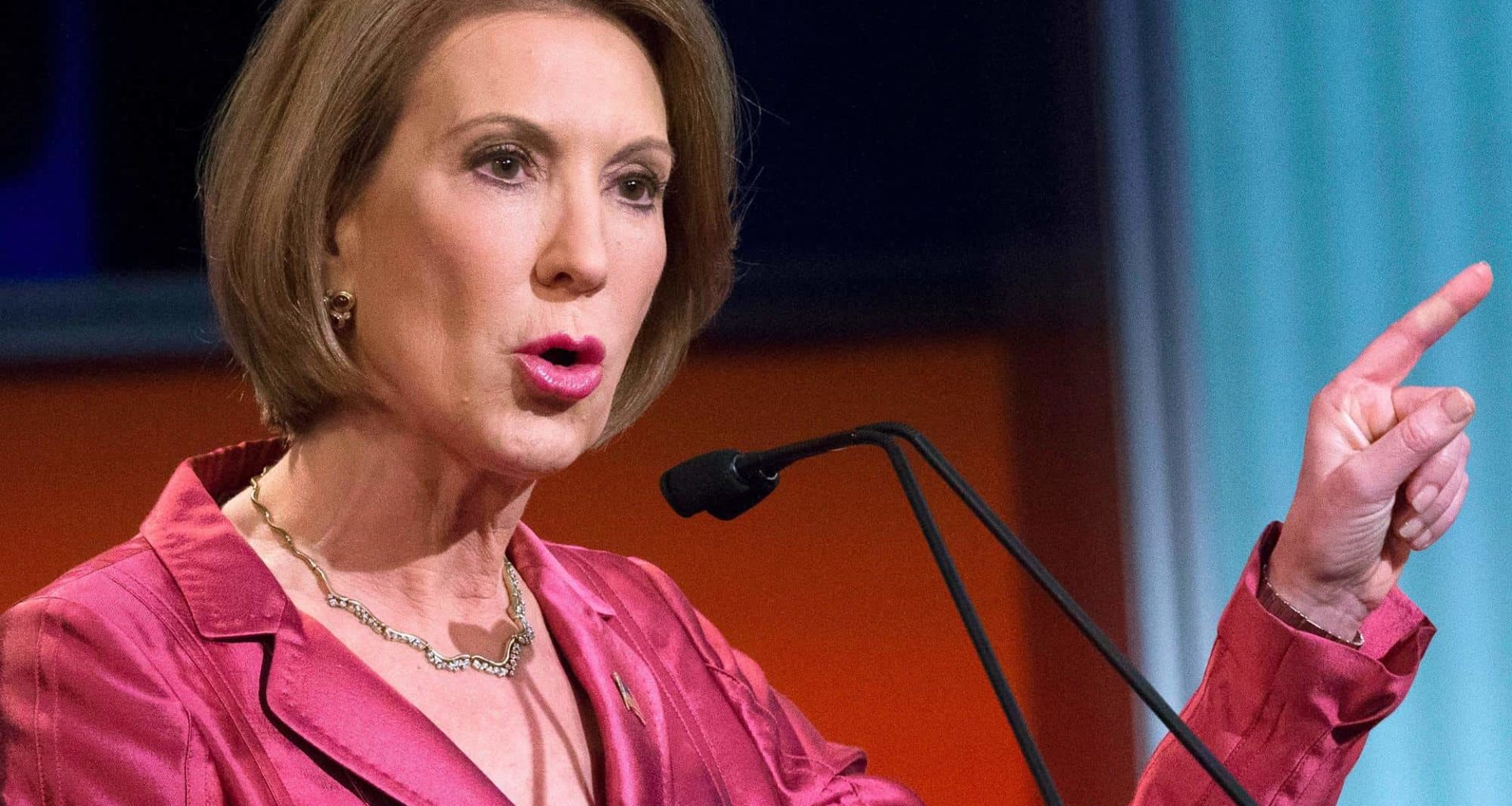 In a campaign year in which abject bullshit is flying around like Phileas Fogg groping for London, 2016 Presidential candidate Carly Fiorina has upped her game to 11.

In a new video posted by The Undercurrent, Carly Fiorina, ousted CEO of Hewlett Packard, failed presidential candidateand current …uh… well, she must be doing something… goes after the root of all evil in American corporate culture.

Layoffs, like the300,000 employees tossed out of workat Hewlett Packard under the reign of…um….Carly Fiorina?

“Right Shoring”, not “Offshoring”, as described by …um… Carly Fiorina?

In a complete case of pulling shit out of thin air, Ms. Fiorina could barely contain her contempt for public employees, stating;

“…I would go to a pay-for-performance system with the help of the American people, instead of the seniority system that we have today which allows someone to spend all day long watching pornography and earning the same pay, pension and benefits as someone who’s trying to do a good job. Most Americans find that outrageous. In Washington DC, we’ve just gotten used to it.”

Being such an acute corporate leader, I’m sure Ms. Fiorina would never make base allegations without proof, so I’d love to hear some follow-up on the following few piddly details.

Alright, I thought I had many more questions, but those two are enough. If I ever get straight, legit answers to those, I’ll be a happy lad.

This is where we’re at with our American discourse: just throw some random bullshit out and assume it will stick, because it probably will. We’re in a disturbing place in America when a fired CEO and failed candidate can fancy herself the voice of reason in corporate and political affairs.