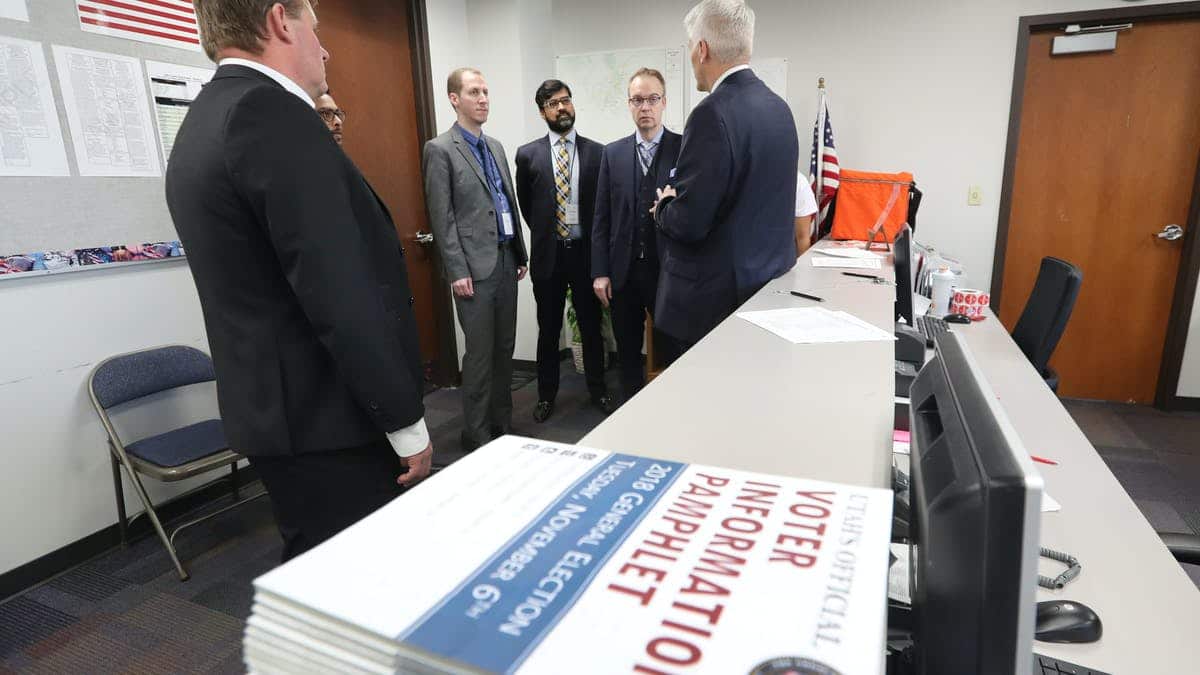 Oh, Chicago. Apart from Florida, you’re my favorite place in America to write about in terms of political and election controversy.

At an election board meeting in Chicago on April 5th, Dr. Laura Chamberlain alleged that members of her non-partisan civilian poll auditing group, Who’s Counting, witnessed severe election fraud taking place in the Democratic primary there on March 15th, with State officials seemingly cooking the books in favor of Hillary Clinton right in front of them.

Who’s Counting was given permission to audit five percent of the city’s official audit of primary election ballots. In that tiny fraction of Chicago’s overall audit, Who’s Counting auditors witnessed a frightening amount of questionable behavior on the part of the state auditors, who allegedly made concerted efforts to match their results to the “official” election results, rather than verifying that the official results were accurate, which was their job.

Chamberlain, who begins to speak at approximately the 24-minute mark in the video shown below, alleges that her group watched in horror as auditors blatantly manipulated the audit’s results:

“We highly object to an audit where the ‘answers to the test’ are sitting right there in front of the Board Of Election employees that are trying to count these ballots. So what we saw — what many of us saw, you’ll hear time and time again — that what happened in reality … is that the auditors, the people that are doing the hand tallies of the votes, would miss votes, would correct their tallies, erase their tallies, to fit the prescribed, recommended, official results that the board of elections has right on their tally sheets. There’s a lot of pressure, including their employment, that is pushing them towards complying with the Board Of Elections’ results, and not just reading the votes and tallying the votes. It’s supposed to be a hand-count of the votes, but that’s not what happened.”

According to Dr. Chamberlain, one particular instance of obvious fraud saw a State auditor intentionally remove 21 votes from Bernie Sanders and add 49 votes to Hillary Clinton, all so the State’s audit matched the “official” election results on their sheets.

With this civilian auditing group having access to only five percent of Chicago’s ballot auditing, and with Hillary squeaking out such a narrow victory in Illinois (the “official” result was 50.5 percent for Clinton, and 48.7 percent for Sanders), Who’s Counting’s audit raises some very alarming questions about whether or not Clinton legitimately won the State of Illinois. If similar numbers held up throughout the State, in all the state audits that couldn’t be audited by independent groups, Hillary Clinton would have lost Illinois by a notably sizable margin, one that would have tipped their split of the delegates in favor of Bernie Sanders.

Chicago Is Far From Alone In 2016 Democratic Primary Irregularities

Similar reports of election fraud have been spreading like wildfire throughout the country in recent weeks and months, with countless Americans contesting election results in numerous States.

In Arizona, voter suppression has resulted in several pending lawsuits from the DNC, as well as the campaigns of Bernie Sanders and Hillary Clinton. There have been numerous reports as well of Democrats showing up at polling stations and having had their party affiliations swapped, which seems to have happened disproportionately to Bernie Sanders’ supporters.

Earlier this week, New York’s primary sparked more national concerns over the legitimacy of the 2016 democratic primaries, as hundreds of thousands of New York State voters were purged from voter rolls. One official in Brooklyn, where more than 120k Democrats were purged, has been suspended as a result of an ongoing investigation. Meanwhile, countless other democrats throughout the State are also outraged that they were mysteriously purged, despite a total lack of evidence that they should have been.

Similar questions are being preemptively raised about elections in California and New Hampshire as well, and the 2016 democratic primary is far from over. If there is legitimate fraud happening, as so much of the evidence points toward, let’s hope it gets investigated seriously by nonpartisan parties and is resolved before the Democratic National Convention takes place this summer.