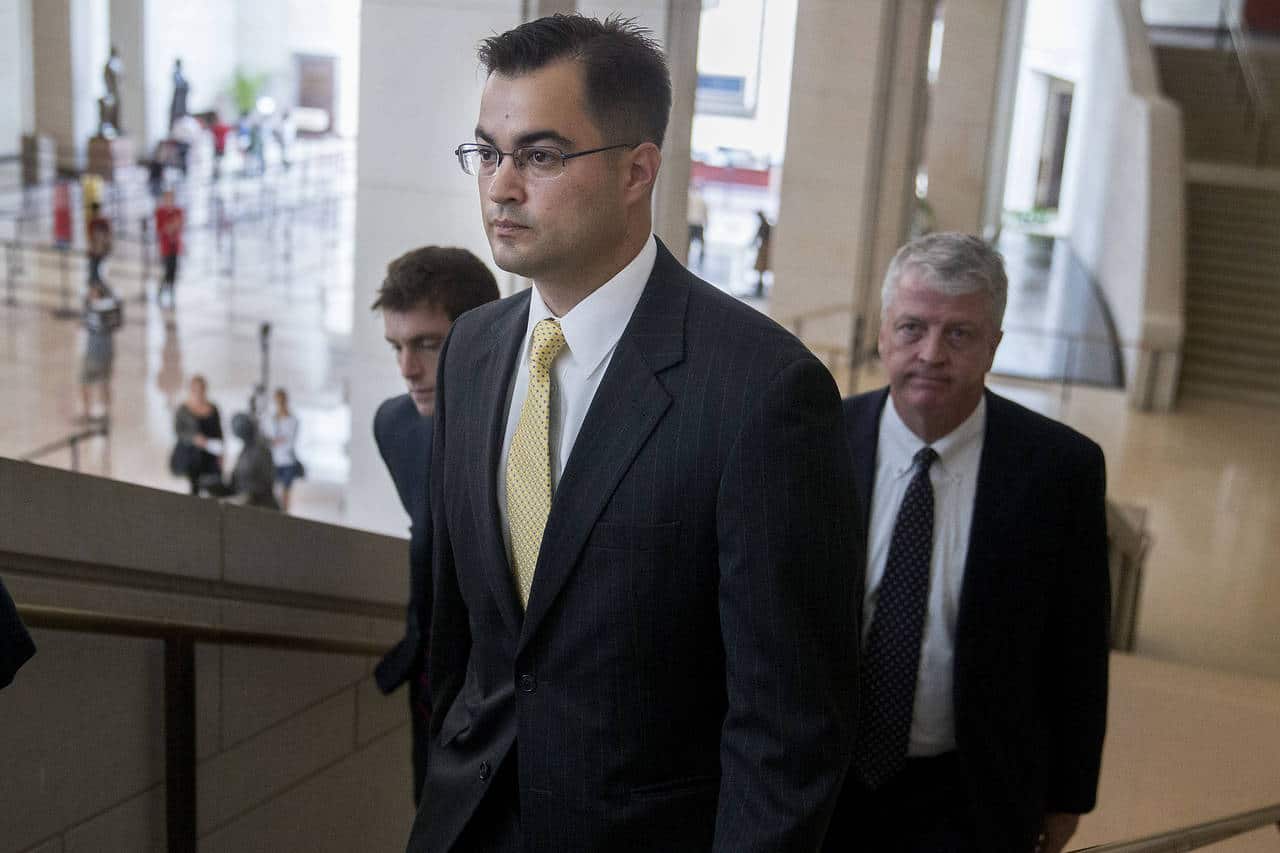 Former information technology adviser to Hillary Clinton, Bryan Pagliano, intends to plead the Fifth next week, rather than incriminate himself at an upcoming deposition, and he’s hoping to bar any and all video recording of the session, as well.

Pagliano’s lawyers state in a Wednesday court filing that since the former State Department tech specialist plans on refusing to answer questions there will be no point in creating audio or video recordings of the session. Conservative group Judicial Watch is gunning for Pagliano via the Freedom of Information Act regarding Clinton’s “damn emails” the country is allegedly “so tired of hearing about.” His deposition is scheduled for Monday.

“Mr. Pagliano will invoke his right under the Fifth Amendment and decline to testify at the deposition. Given the constitutional implications, the absence of any proper purpose for video recording the deposition, and the considerable risk of abuse, the Court should preclude Judicial Watch, Inc. … from creating an audiovisual recording of Mr. Pagliano’s deposition.”

What’s that old line? If you have nothing to hide…

Pagliano’s right to plead the Fifth aside, the attempt to prevent audio/video recording of his deposition in which nothing will be stated seems like a reach. But, considering Clinton is running for the Democratic nomination and the establishment has largely been pushing Clinton as the shoe-in nominee from the get-go, U.S. District Court Judge Emmet Sullivan has already decided that any video recordings made of the deposition “should be put under seal.” That’s not good enough, though—that’s how tight the Clinton camp is trying to keep things while she attempts to wrap up the nomination. Pagliano’s lawyers maintain their request in the face of the judge’s decision because “there’s still a chance the video could emerge later either with or without permission from the court.”

What’s with all the worry over a guy refusing to talk? Sure, it looks bad, but folks don’t need a recording of a guy refusing to talk to know he refused to talk. It looks and sounds bad enough, and that is only underlined further by the hearty attempts to keep it all as bottled up as Clinton’s speech transcripts to the big banks. So much for transparency.

“Judicial Watch may move to unseal the materials at any time. Furthermore, in the event of a leak or data breach at the court reporting company, Mr. Pagliano would be hard-pressed to prevent further dissemination and republication of the video. Given that there is no proper purpose for videotaping the deposition in the first place, Judicial Watch’s preference should yield to the significant constitutional interests at stake.”

It’s interesting that Pagliano’s lawyers are attempting to tell Judicial Watch and the court system what is a “proper purpose” for Judicial Watch, isn’t it?

Here’s an idea that might make everyone happy. How about they just store the video/audio recordings of the deposition on Clinton’s private email server if it’s so secure? Let it be known they’re being stored there and wait and see how long before they hit YouTube courtesy of Anonymous or some other hacking group, if at all.

Naturally, a spokesperson for the Clinton camp has not commented on the matter so far, according to Politico.

Judicial Watch, of course, stated Wednesday that it will “resist” any attempts to ban recordings of the deposition.

Sullivan granted Judicial Watch until 5 p.m. Thursday to respond to the motion barring recording of the deposition and gave Pagliano’s lawyers until Friday at noon to offer their own response to Judicial Watch.

The Judicial Watch deposition will not be the first time Pagliano has pleaded the Fifth, either. He did so when called before the House Benghazi Committee in a closed session, though it is reported he spoke with the FBI when they were looking into Clinton’s email rig so long as he was offered immunity—another sign of the innocent, wouldn’t you say? It’s almost as if protecting the Clinton camp during the election is of higher priority than finding the truth and justice in this case. That is not to say Clinton’s camp is guilty, but if they are not, what’s with the mime act hindering an investigation the people have a right to know about while they make up their minds as to whether or not they should vote for Clinton or underdog Bernie Sanders?

Interestingly enough following that question, keep in mind Clinton testified in a public session before the Benghazi panel that she encourages “everyone with information to cooperate with the committee” and expressed “disappointment” with Pagliano for pleading the Fifth back then. Clinton’s camp also made it known they were happy when Pagliano spoke with the FBI in the past.

Now, however, when it comes to the issue of Clinton’s private email server, the Clinton camp is being much more dodgy and far less cooperative, which is curious to say the least. Both Clinton and her top aides tossed their tongues to the nearest cat when State Department investigators prepared a report on “the impact of private email accounts on recordkeeping” when Clinton was secretary of state, as compared to those holding the position in the past. Considering the short life of the internet so far, there is likely not too much to compare Clinton’s behavior to, though perhaps just enough to keep her mum and jumping around like MC Hammer in a dodgeball game. Meanwhile, voters on the brink of waging revolution at the top of their lungs are screaming that the future of our country is no game, and they are sick and tired of opaque government riddled with scandal.

Somehow, though, despite Sanders’ incredible campaign and consistent integrity fighting for the people over several decades, despite his massive support by the people, Clinton keeps being touted as the presumed winner, and very well may seize the Democratic nomination. How the country will respond should that come to pass is anyone’s guess, but it surely won’t be pretty for democracy.

Trump Delegate: We May Have To ‘Kill’ Some U.S. Officials