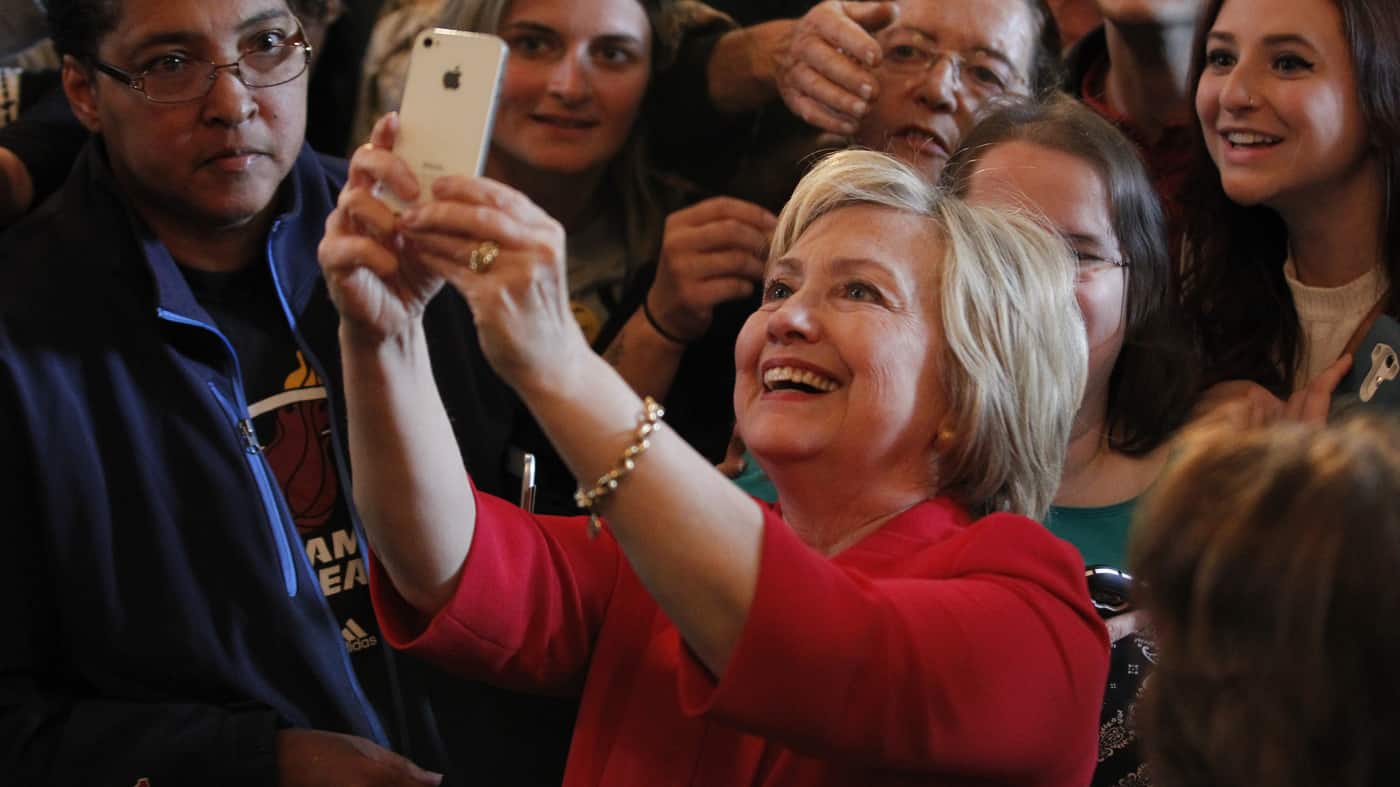 Hillary Clinton’s campaign looks more and more like déjà vu all over again. A new poll shows that her approval ratings dropped drastically from the end of June to the end of July.

The loss of support from white women is of the most concern to her campaign because that’s supposed to be her base. The Wall Street Journal/NBC News poll shows a loss of 10 points in her favorability rating within that demographic. In June, 44 percent of white women viewed her favorably while 43 percent saw her unfavorably. In July, those poll numbers changed to a mere 34% favorability rating and a 53% unfavorable one.

The loss occurs among college-educated females, as well, a majority of whom saw her favorably in June. In July, that number dropped from 51% to 43%.

That’s a huge erosion of support. And the bad news doesn’t stop there. Earlier in the year, independent voters were pretty evenly split over her. As of July, however, only 27% of them saw Clinton favorably.

EVEN CLINTON’S MOST SOLID SUPPORT IS ERODING

Black voters were crucial to the election of both husband Bill and President Barack Obama. In a bit of good news for Clinton, 66% of that demographic still sees her positively. However, the glow dims when compared to June. At that time, 81% of black voters rated her favorably. That’s a drop of 15 percentage points — the biggest change of all.

The American public still simply doesn’t trust Clinton. In another recent poll, by CNN/ORC, 57 percent of voters said they do not see her as “honest and trustworthy.”

She continues to undermine her own legitimacy. First of all, the manner in which she’s dealing with the private email controversy feeds the public perception of dishonesty. Two inspectors general have concluded that Clinton transmitted classified information in those emails even though she insisted she hadn’t.

Second, there’s her refusal to answer questions that are crucial to many voters. She will not reveal her position on the Keystone XL pipeline. When a voter asked her last week where she stood, she said:

“If it’s undecided when I become president, I will answer your question.”

Huh? What are voters supposed to think of a candidate who refuses to declare her positions until after the election?

Third, she continues to take worrisome positions on international matters in order to cozy up to wealthy interests. For instance, in spite of most other nations recognizing the brutality of Israel toward the Palestinian people, Clinton wrote a letter to “mega-donor” Haim Saban to pledge two things. She maintained her unwavering support of Israel, which many people now see as ruthless oppressors and occupiers. And she declared her determination to destroy the only effective tool the Palestinians have to demand changes from Israel — the Boycott, Divest, Sanctions (BDS) movement.

Fourth, the release of the Clinton income figures — $140 million over the last eight years — makes it all too clear that this power couple is in the top 1%. And they got there by wielding influence, getting astronomical fees for speaking to special interests. Clinton is not an ‘average American’ who’s in a position to grasp the struggles of real average Americans.

Fifth, when Clinton does take a position, she first hangs back, waiting with her finger to the wind before she declares where she stands. She did it two years ago on gay marriage. She refuses to show up at progressive venues like the annual Netroots Nation conference where she might have to answer uncomfortable questions. She watches controversy embroil other candidates, as happened at this year’s Netroots Nation, and then, from a safe distance, says things like, yes, Black Lives Matter. She may end up mouthing the right words, but appears opportunistic and hypocritical in the process.

These failings on Clinton’s part may well be why Joe Biden is reportedly looking at entering the race. Certainly they are part of why Bernie Sanders threw his hat into the ring and why his popularity is surging. As her unfavorability rises, so does the longing for a viable alternative.

Clinton may still hold a 34 point lead over Sanders in the polls, as of July — but in June, it was 60 points.