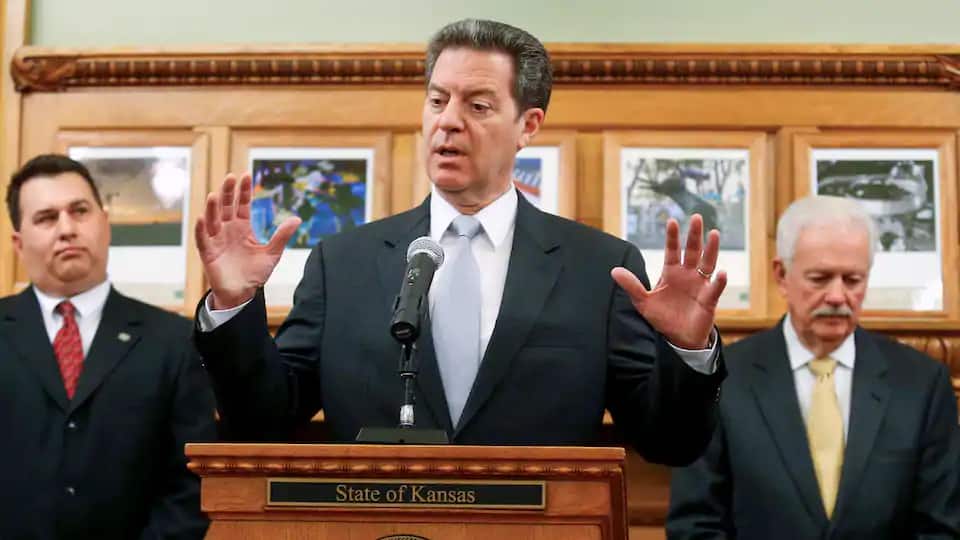 When Tea Party conservative Sam Brownback was elected governor of Kansas in 2010, he promised to fulfill his mostly conservative constituency’s dreams by cutting taxes for the wealthy and axing the state budget. Brownback and other conservatives were sure that this brilliant move would lead to prosperity and boon times for everyone in the state, rich and poor alike.

After 4 years, with his “trickle-down” economic policy wrecking the state’s budget, the very red state of Kansas had soured on Brownback, and many Republicans wanted him out as governor. In fact, more than 100 Republican politicians and activists from Kansas endorsed his Democratic opponent Paul Davis during the run-up to the 2014 election. Davis lost his bid for the governorship by a mere 4 points, and his reign of terror continues.

Brownback recently cut $45 million in funding for the state’s public and higher education, which has led to 6 Kansas school districts ending the school year early because they can’t afford to keep their schools open. From the Huffington Post:

The four newly reported closings are in the unified school districts of Smoky Valley, Haven, Skyline and Shawnee Heights. The Capital-Journal reports that most Kansas schools already exceed the required minimum number of school days, so they can afford to cut a few days without violating state law.”

If that wasn’t bad enough,  in the same bill which slashed millions in funding for Kansas public schools is a provision which allows school districts to hire unlicensed teachers for science and math classes. And it creates a tax break for corporations that donate to private school scholarship funds.

It’s clear that Brownback has declared war on public schools in Kansas. And judging by the tax break for donators to private schools, he wants Kansas children out of public education and into privately funded schools, many of them of which are Christian-based.

But there IS some hope. Brownback, in an admission that his hare-brained economic policies helped wreck the state’s economy, has been proposing… wait for it… tax in],creases!

Watch the local report from NBC 41.