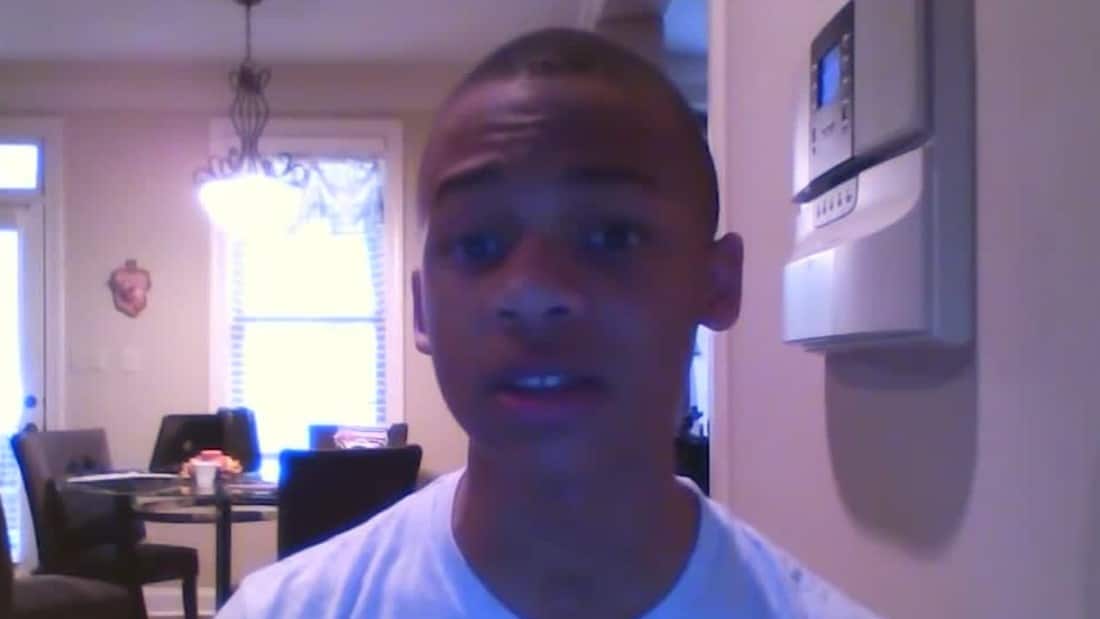 The teen years are a roller coaster of ups and downs and partaking in embarrassing fads. For me, it was Jnco jeans and being insanely jealous of all my friends who had their tongue pierced. For CJ Pearson, it will be a the voice of the conservative movement on YouTube.

The Georgian African-American teen had formerly worked for Ted Cruz as the chairman of “Teens for Ted” for the Texas Senator’s presidential campaign. Before that, he endorsed Kentucky Senator Rand Paul in April. The teen’s videos get millions of views on YouTube and has had several videos go viral within conservative spheres.

Pearson has been critical of President Obama and Black Lives Matter in the past but all that changed last month after watching the video showing LaQuan McDonald being shot 16 times by a Chicago police officer, Pearson had had enough of a party that was ignorant to racial inequality and completely tone-deaf on the issues African-Americans and other minorities face. Pearson realized that despite his privileged upbringing he could meet the wrong cop on a bad night and end up just like McDonald if something isn’t done to curb racial injustice. So he renounced conservatism.

Now, Pearson is taking his support to a candidate who cares — Vermont Senator and Democratic Presidential candidate Bernie Sanders.

That’s right, Pearson did a full 180 with his political viewpoint, and hey, he is only 13-years-old, he is allowed to do that. He has a lot to learn about the world, but given his recent tone on issues in America, Pearson seems to be learning the nuances of those issues rather than the simplified right-wing talking points of them — and that’s great, that’s what learning and growing are all about.

Pearson said in an interview the reason he is supporting Sanders is this:

“This election will make a pivotal difference in the future of our nation. If it takes changing your mind to make the right choice as to who should lead our country, I am willing to do it. Screw the optics.

“People are struggling in America. We need the right man in the White House. And in my opinion, that man is Senator Bernie Sanders.”

Explaining how he arrived at his decision, Pearson said:

“There is only one candidate that has shown enough courage to accept these issues as a painful reality and has released plans to tackle every single one of them. That candidate, that courageous trailblazer, is Bernie Sanders. That’s how I made my decision.”

Pearson has been hypercritical of President Obama and was involved in a hoax where he claimed the President had blocked Pearson from the White House’s Twitter account that turned out to be untrue. Pearson admits he regretted that and made a mistake.

Pearson’s website shows he has endorsements from Allen West and Rand Paul, he says:

“They weren’t happy, but honestly, I didn’t expect them to be. I have to be my own person. I have to stand on my own two feet.

“My activism is centered around fighting to give young people a voice in their government and in the political arena. With President Sanders, young people will have that voice. So, in my opinion, I’m doing exactly what I set out to do at the beginning of my political career.”

He’s also taking a lot of backlash from his supporters who refuse to listen to him on why he’s chosen Sanders. They only want to hear their opinions repeated back to them rather than engage in a real discussion:

Yesterday, I was “wise beyond my years.” Now, I’m clueless. How could I support a movement that never supported me?

Most kids Pearson’s age don’t think beyond the cool video games they want for Christmas and are more interested in asking each other out on dates. It’s refreshing to see a youngster so passionate about carving his mark in the world to make it a better place, and he couldn’t have chosen a more populist candidate who cares deeply about racial inequality. Wednesday, Sanders visited Freddie Gray’s neighborhood in Baltimore to see the conditions the young man was living in until his untimely death in the back of a police paddy wagon.

Pearson has even been outspoken against Sanders in the past. Now he would like to work for the Democratic presidential candidate to spread his message to young people.